Stylist and costume designer Claire Croskery travelled throughout Asia, stitching a little flair into everything from stage shows to television commercials. But it was India that stole her heart. 1974–1978
Makora College, Wairarapa
Claire’s parents were firm believers that everyone should be free to explore their passions. With that in mind, she embarked on a seventh-form exchange to Melbourne.
“That was the furthest I would venture; I was a bit of a scaredy-cat. I grew up on a Wairarapa farm, so the big city was an education. I had already learned to sew as there was no such thing as teenage clothing, but in Melbourne I discovered fashion and knew that would be my career.”

1981–1987
Wellington Polytechnic, Certificate of Clothing and Textiles; designer, Anatomy Clothing Company
The two-year course taught the basics and students were then expected to work for an established brand, but Claire had other plans. With a friend, she launched Anatomy.
“It was the beginning of street wear and unisex fashion – we were all about black. We started at a local market, then made to demand. It was a good time to be in fashion, there were no imports, and we had no idea that being in business could be difficult. We made clothes during the week, sold them at the weekend market, then simply made more. Wellington was a thriving, creative city with an exciting community of like-minded people.” 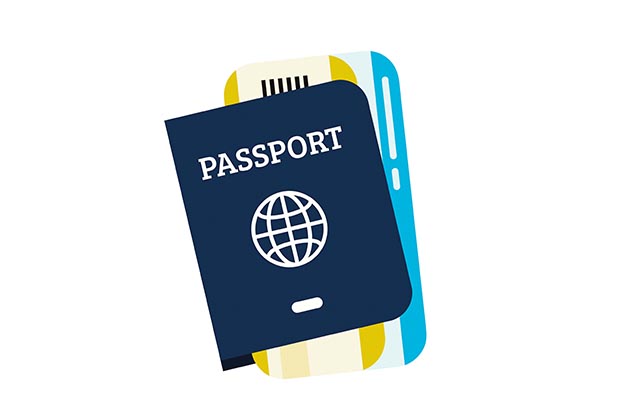 1987–1997
Stylist and costume designer, Hong Kong and Singapore
Anatomy closed and an ex-pat friend suggested Hong Kong. “‘Come, be a stylist,’ he said, and I asked, ‘What’s that?’ A week after arriving I was on a shoot on a super yacht, carrying a wedding dress train up and down a ladder.”

Being able to sew and create costumes opened doors and Claire’s CV filled with TV commercials, action films, British TV series, stage shows and concerts – from Public Enemy to Natalie Cole. She also took over looking after the personal requests of stars while on set. As her flair for costume design become more recognized, Claire split her time between Hong Kong and Singapore before becoming an art director for TV commercials.

“Some jobs were surreal – such as working on a Pepsi commercial in Cairo at the studio in which the
film Cleopatra was shot (in the 1960s). We built an American diner overlooking the pyramids.”

1997–2011
Freelance stylist and costume designer, Auckland
“I returned home impulsively. I’d picked up a copy of the NZ Herald while in Hong Kong, and thought, ‘Why am I here?’ Hong Kong had become a region of China and friends were leaving, it was time to go. I picked up jobs in New Zealand (including Hercules and Xena) and often traveled back to Asia – including for my absolute dream job with Cirque du Soleil’s Michael Jackson production.” Big brands became big business, e.g. costuming a 1700s funeral for a Jameson Irish whisky commercial. 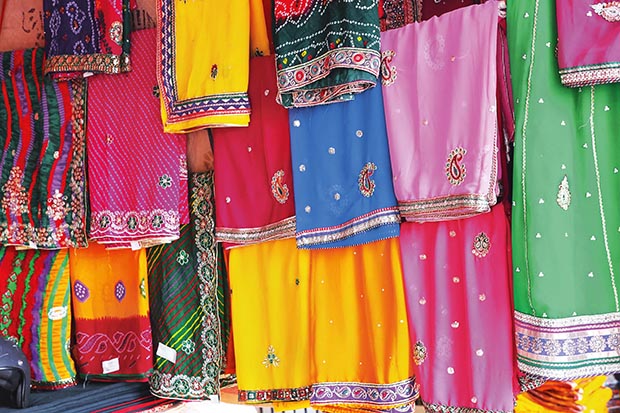 Display of colorful saris at Johari Bazaar in Jaipur, India. Jaipur is the capital and the biggest city of Rajasthan.

2011–2017
Passage to India
A trip to India and a visit to a textile workshop sparked an interest in the origin and source of fabrics. “I thought, ‘Wow – everything is so colourful and bright.’” Claire began importing 100 per cent natural, handmade and vintage fabrics from small Indian villages to sell via her store, Song Store. Her regular return visits satisfy her that her orders help keep handicraft traditions alive.

“People said I was insane, that textiles would never make money, but that doesn’t matter to me. Everything I need comes through my front door, thanks to good karma.”

Song Store is a pop-up and has appeared in Ponsonby and Grey Lynn. There’s no plan, she says, but there has never been. When a costuming job comes up, she disappears overseas, switching between jobs when the winds change.

“Every day I wake up with a different idea – like taking small groups to India to share my experiences. I strive to live in the moment. It’s not for everyone, but I try not worry about plans. Everything will pan out.”

*Be kind, happy and grateful
Only recently have I learned that you can be happy even when things aren’t going well. In Asia and India I met people who have nothing, but they have grace and happiness.

*Be free to let more things happen
My mother lived before her time; she encouraged us to experience what we enjoy and to be open to what comes along. I haven’t said no to much. And when I have, I’ve regretted it. Don’t be scared to do something; you’re only here once.

*Take a new look at what you value
A friend said something that has stuck with me. “For the most intelligent species on earth, do we value the right things? What we strive for, what we want to achieve – is this it?” We have the ability to solve so many of the world’s problems, but we need to open our hearts.