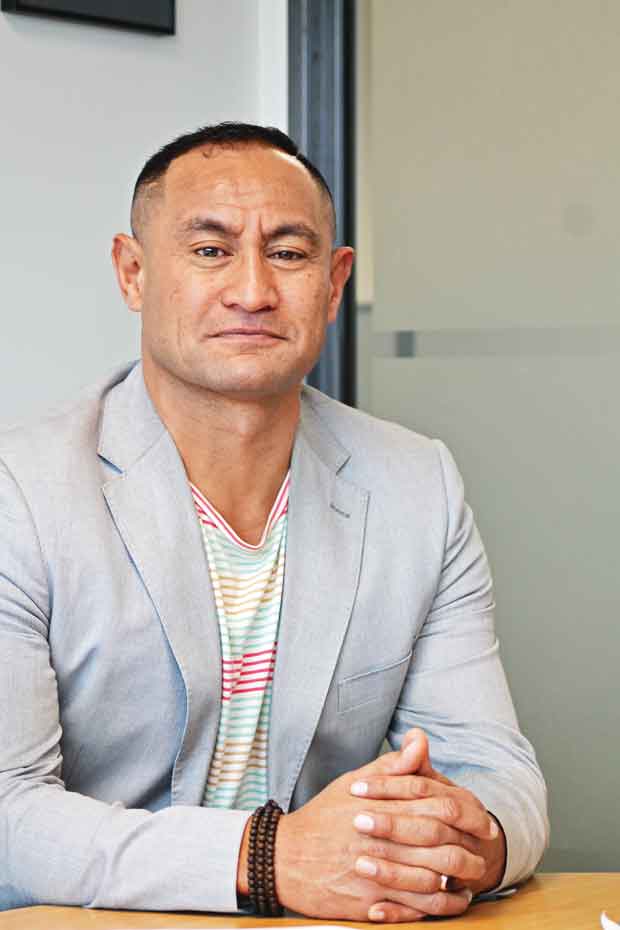 As a manager in the mental-health sector, part-time soldier, PhD student, vegan and animal-rights campaigner, Apollo Taito (44) is changing the image of the barbecue-cooking bloke one stereotype at a time

1985–1990 Kelston Boys High
Desperately wanted to go to a co-ed school but that went against mum’s beliefs. Sir Graham Henry was the coach of the 1st XV and a mentor.

1991 Auckland University School of Theology
“I was still finding my way and my friends were all going to uni so it seemed like the thing to do. My first-year grades weren’t great – I was distracted by girls – but the following year I was attending a theology seminar and it clicked. I studied theology for three years and loved the richness of the knowledge and culture. Near the end, one of my lecturers pulled me aside and asked what I wanted to do. He saw I was interested, but it wasn’t in my heart. He had a friend in counselling who he connected me with.”

1997 Mental health/The New Zealand Army
Began working in mental health in Mangere (non-government organization). Worked mainly with men who had spent years in institutions. Was shoulder-tapped to work in a Pacific community mental-health organization. “I began working with a more holistic approach to treatment, not so focussed on medication but looking to the impact of social and family environments. It was a steep learning curve. There are social pressures on families to be strong and manage without help. I worked on the message that it’s OK to ask for help.” Concurrently joined the army and completed foundational infantry core training. Loved
the physical and mental challenge.

2002 Seven months in Timor
Remained part time with the army in the Territorial Force. Underwent six months’ training before peacekeeping work in Timor on the disputed west and east Timor borders where “insurgents” would steal livestock and harass villagers. “We would be pulled into local disputes, and occasionally domestic abuse, which was a culture shock; it was acceptable to beat their wives. Timor got me thinking more about social justice and poverty, and appreciating what we have.” Received parcels of corned beef from mum, and had muffled conversations with his
girlfriend – romance was dead with a line
of soldiers waiting.

2003–2009 Waitakere District Health Board
Took a month off after Timor to resettle. Joined the Pacific mental-health team at the Waitakere District Health Board (WDHB) and trained in psychotherapy. Remained part time with the army, now as a corporal. Completed a postgraduate diploma in business at Auckland University, where he not only gained knowledge of New Zealand’s health system but started down a new path as a professional manager. 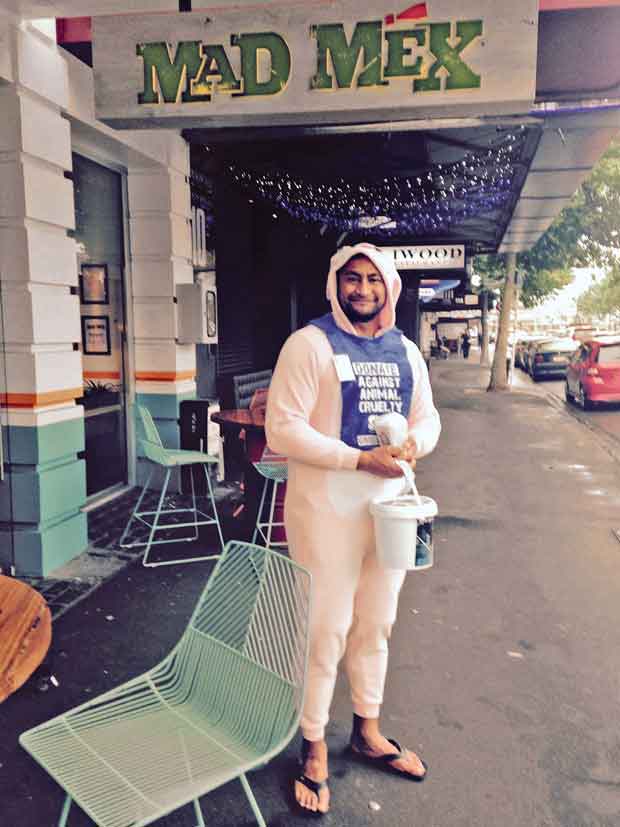 2009 Manager, Waitakere Adult Mental Health Services
“I was getting complacent and needed a challenge. Someone told me that to push myself, I needed to get out of the Pacific domain and go mainstream. I joined the adult mental-health services team (still with the WDHB) not long after. There was a lot of crisis and recovery work; adapting wasn’t easy, I questioned my decision often.”
Met wife Helene, then a journalist with National Radio in Copenhagen, who introduced him to veganism, meditation and yoga. The reactions from army friends were mixed – many couldn’t connect vegan and soldier. The Pacific community was equally stumped. I struggled with barbecues and dinners where I was asked to pick up the KFC. Some thought I was keeping the wife happy but sneaking burgers. While it was originally for health benefits, now the ethics are just as important. I’ve never felt better in my life.” Became involved with animal-rights groups such as SAFE.

2013 Masters in health management
Began building his managerial career but struggled to accept being ambitious. “There’s a very New Zealand and Pacific Island thing around humility; I learnt it’s OK to have that drive as long as I didn’t sacrifice my soul or ethics.” Changes at the WDHB meant he had to reapply for position and had a crash course in change management.

2015–current PhD in health science and governance
Still at the WDHB managing 87 people (and part time with the Territorial Forces), Apollo is also working towards his PhD. “The army keeps me young, and veganism gave me a new lease on life. Long term, I’m working towards chief executive or chairperson roles, but I love working in the community and don’t want to lose that connection.”

Life balance
“My wife keeps me sane; she’s my soul. I’ve learnt the hard way with past relationships – I’ve been too invested elsewhere, had poor time management and they suffered. Now during a busy or hard time at work, I step back and think ‘this too will pass’. We have no-Internet days, my phone is on flight mode at night and I try to leave work at 4.15pm every day.

Know who you are
“It’s been a long journey to work out who I am, and that didn’t begin until I left Timor. I now appreciate what we
have in New Zealand and how fortunate we are. It taught me what was important and where I wanted to go.

People aren’t static
“Evolve, change and adapt. Be open to change but maintain your integrity and values. After becoming vegan and making massive life changes, I often feel like a new person but my values are unchanged.”