Professional rugby isn’t only about what happens on match day; personal development is an essential part of the modern game.

As head coach of the Chiefs Super Rugby team, Clayton McMillan’s responsibilities are many and varied. Indeed, there’s a hint of juggler about his role given the balls he must keep in the air. Being the coach means he is trainer, game tactician and selector — traditional job duties. But being a rugby coach has become so much more since the sport went pro nearly 30 years ago.

These days, the person who traditionally has the whistle at training and ultimate charge of the team must also have team-management and administrative skills. They must liaise with commercial teams and sponsors, the CEO, players and players’ partners, specialist coaching and support staff, and the media. They must also be tech-savvy.

The specialist staff catering to a myriad of on- and off-field needs include strength and conditioning coaches, rugby advisors, nutritionists and mental skills experts, physios, managers, and support staff. “At the professional level, we are incredibly well resourced,” says Clayton.

Historically, coaches had a “my way or the highway” attitude, but that autocratic coaching style has given way to a more inclusive and collaborative approach. “It’s about the establishment of a vision, getting the team to buy into it, and creating behaviours and expectations for everyone to follow,” he says.

“We have a great group of men who have an outstanding work ethic, who have bought into the vision, don’t have any egos, and who are keen to roll up their sleeves and get out there and try to move the team and the organization [the Chiefs franchise] forward. Ultimately, we’re in a high-performance environment and performance outcomes are always at the forefront of our minds. Yes, the buck stops with me, but I like to think our environment is inclusive.

“It’s not always harmonious. We challenge each other rigorously, but all those challenges come from a place of care; they are never personal. It’s about trying to get better every day. I see my primary role as leading by example. By my behaviour and expectation, I must be at the forefront.”

Now 48, Clayton has never shied away from leading by example. As a teenager in Rotorua, where he attended Rotorua Boys High School and played for its first XV, he wanted to join the police force. That happened in 1998, by which time he was an integral member of the Bay of Plenty representative team, the Steamers, and he went on to play more than 100 games for the union.

In 2003, Clayton went to Japan to play rugby full-time. The decision to put his policing career on hold wasn’t easy. Still, the lure of being a full-time professional rugby player was irresistible, and he moved to Fukuoka City, Kyūshū, to play for the Red Sparks. Japan was 20th on the world rugby rankings table at the time, and there was an expectation that Clayton, a player from one of the world’s top rugby nations, would involve himself in the coaching of the Red Sparks. So his role morphed from player to player-coach.

Four years later and back in New Zealand, he was shoulder-tapped by his alma mater, Rotorua Boys, and asked to pilot a leadership programme. “The irony is that I never harboured any ambitions to be a teacher, and that’s really what I’ve turned out to be,” says Clayton.

Just as he’d never had ambitions to teach, neither had coaching rugby professionally been on his radar. “I felt my calling was to be in the police force. I always enjoyed the work and would have stayed had I not gone to Japan. But rugby has been a huge influence in my life, and when I was no longer playing, I wanted to stay connected to the game. Coaching was a natural progression, and a lot like my playing career, I got involved with no real expectations over and above having fun and contributing back to the game.”

When Clayton says he got involved in coaching, he means it. There’s scarcely a level he hasn’t coached — first XV, club, age-group representative, invitational teams, New Zealand Police, Bay of Plenty. Currently, he is the head coach of the Māori All Blacks and the Chiefs.

“There are a lot of pressures and expectations put on coaches and players, but we get into this game at this level by choice, so you accept the responsibilities that come with it. There is a high degree of care within New Zealand Rugby; we try hard to develop good citizens as well as good rugby players.”

Clayton says that players’ transition from the amateur to professional ranks is helped by pathway programmes run by New Zealand Rugby that clarify what life looks, feels and sounds like for top-level players. 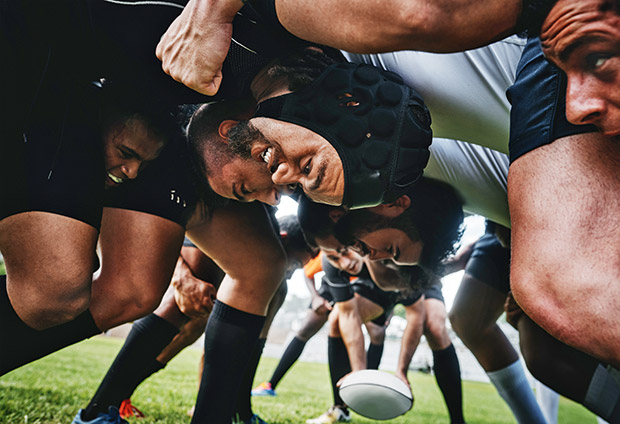 The demands on today’s team members are many and varied. Players and staff can be away from home for long periods, and the tempo and physicality of the modern game and the media exposure — wanted or unwanted — are things that, historically, players didn’t have to deal with, certainly not to the level they do today.

More stories you might like:
Seaweed brewers: Meet the Paeroa family stirring up macro-algae at seaweed company AgriSea

“These things are real,” says Clayton. “And a massive part of my job is to make sure that our players have a sense of belonging, that they know they’re in an environment of trust. It’s about creating an environment where they can have the confidence to be themselves, to contribute and bring their point of difference — their uniqueness — to the table without judgement.

“I see my role as head coach as ensuring that everyone is clear about the goals and their responsibilities. I want everyone rowing their waka in the same direction, having a common purpose, and being aware that everything we do is for a purpose greater than ourselves.”

Technology has been a game-changer for rugby, and Clayton says the information available to coaches is endless. “The real art is in being able to determine what’s important because there’s a risk you start looking for things that aren’t there.

“Every player’s involvement in the game is captured. There is no opportunity to hide. Having said that, it’s important to watch to see if what the numbers tell you are an accurate reflection of what is going on.

“There are instances where the numbers might not necessarily reflect someone having much involvement in the game. But when you watch the action closely, a lot is happening off the ball that isn’t captured that shows players still having a big influence on the outcome.”