A man called Ted once drove 800 kilometres in search of a pre-loved vehicle that made his heart skip. He did it on the strength of a rumour; that’s proper car love right there.

Dutch-born jeweller Ted Daniels had heard whisper of a Citroën 2CV van languishing somewhere in Wellington and drove up from Dunedin to investigate. This was in the early 1980s when such auto gems were rarely spied on these shores.

“The Citroën Club told me I wouldn’t find one in New Zealand. But when you persevere, you often get what you’re looking for,” says Ted.

That doggedness involved some good old-fangled door-knocking. A car mechanic in Wellington pointed Ted in the direction of the suburb in which he thought the coveted Citroën van might be lurking. After much concentrated cruising, Ted spotted it at the end of a cul-de-sac. It was living out its days vroom-lessly as a storage container for building materials. 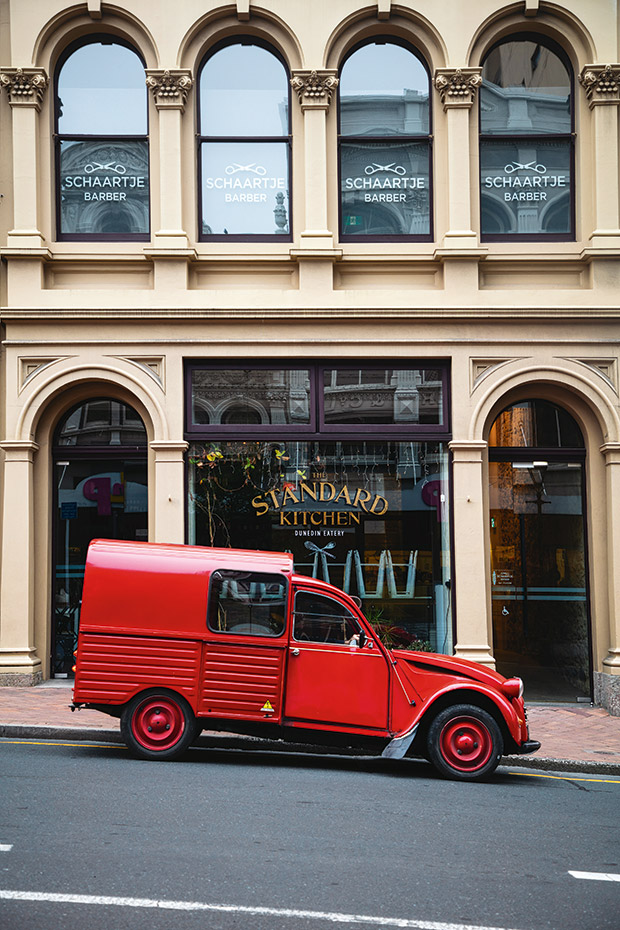 “I knocked on the door of a nearby house and found the owner. He said he’d already had offers for it but didn’t want to sell.”

The man was its original owner, having bought it in Paris in 1971 from the Citroën factory, driving it through Europe for two years and then to South Africa before shipping it to New Zealand. Though the car was no longer roadworthy due to an accident, the car-owner bond was still strong.

Ted persisted. “I told him I was keen and that it’d be a shame to let the van rust away. I showed him some photos of another 2CV that I’d restored to show him I was going to do something with it. I offered him $1500, which for a car in a bad state was a pretty good price.

“He said he’d think about it, so I drove home to Dunedin. That evening he phoned and said he was happy to sell it to me. I drove back to Wellington a week later to get it.” 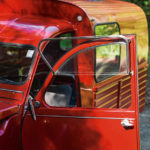 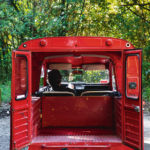 Because the vehicle’s motor had long been a-snooze, Ted had to tow it to Dunedin. There, he fixed it up and replaced its sombre grey coat with a cheery red one, giving it more than a passing resemblance to Postman Pat’s Royal Mail van. “I always liked the colour red. It’s nice and bright. People smile when they see the car.”

It didn’t make everyone smile, mind. Ted’s two young daughters wished their father had a regular car like other parents: “They were never really that keen on it. All of their friends loved the van and said, ‘Oh your dad has such a cool car.’ But my kids didn’t want to be seen in it. They made me park a few blocks away from school.” Both the van and the father won significant daughter love when Ted built a small desk in the back that the girls could use for drawing. He also added a nifty stationery holder between the girls’ seats for their paper and pens, further upping the filial/Citroën respect.

“We took it on holiday to Kerikeri. The girls liked it then because their friends weren’t close by.”

Ted’s long been a serial Citroën fancier. He bought his first 2CV in Holland at the age of 18. “I loved its character and simplicity. I was kind of a hippy, so it suited my personality.” He wasn’t alone in his Citroën adoration. When the first 2CV (Deux Chevaux or “two horses”) was unveiled in Paris in 1948, it soon won a cult following. It wasn’t fancy or grunty, but it was affordable, sturdy, easy to repair and full of elegant simplicity. (Citroën’s chairman Pierre Boulanger called it “four wheels under an umbrella”.)

Says Ted, “It was designed as a car that the poor could afford, and a lot of farmers were poor. It was ideal because it could go on gravel roads.” Indeed, at the prototype stage, design specifications required the car to be capable of carrying a farmer or two and a basket of eggs across a bumpy ploughed field without yolk-coating the interior. 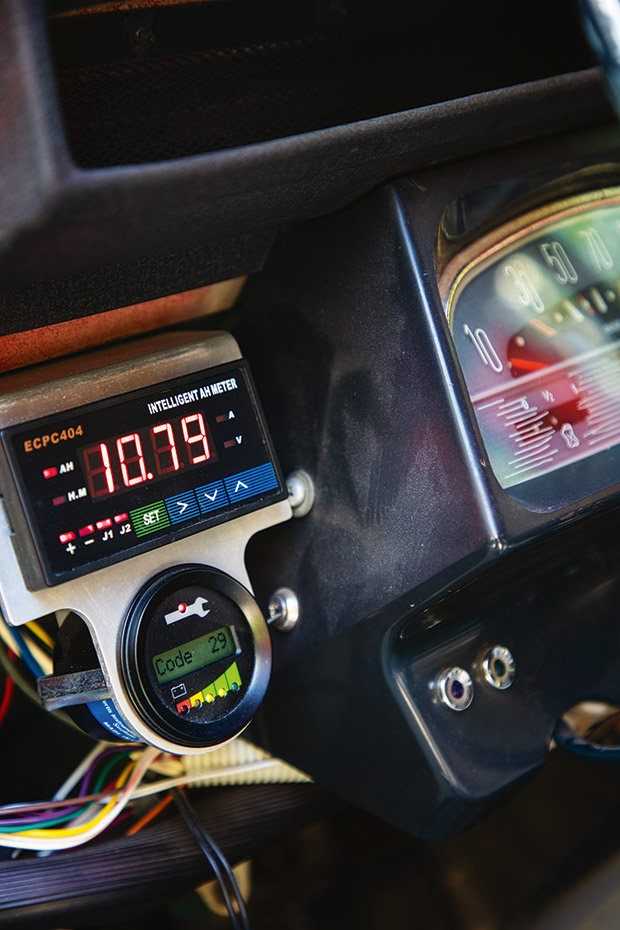 “It has an interesting suspension because when the front wheels hit a bump, it will tighten up the back wheel and the bump won’t be as noticeable. Speed bumps don’t work for 2CVs because if you go fast enough, you don’t feel them.”

The standard 2CV joke was that it managed to do zero kilometres to 60 in one day.

Top Gear presenter Jeremy Clarkson called it a “weedy, useless little engine”. Ted laughs at this: “It is a useless engine because it was so underpowered – it was a shame they didn’t improve it.” But Ted’s 2CV is now very improved. 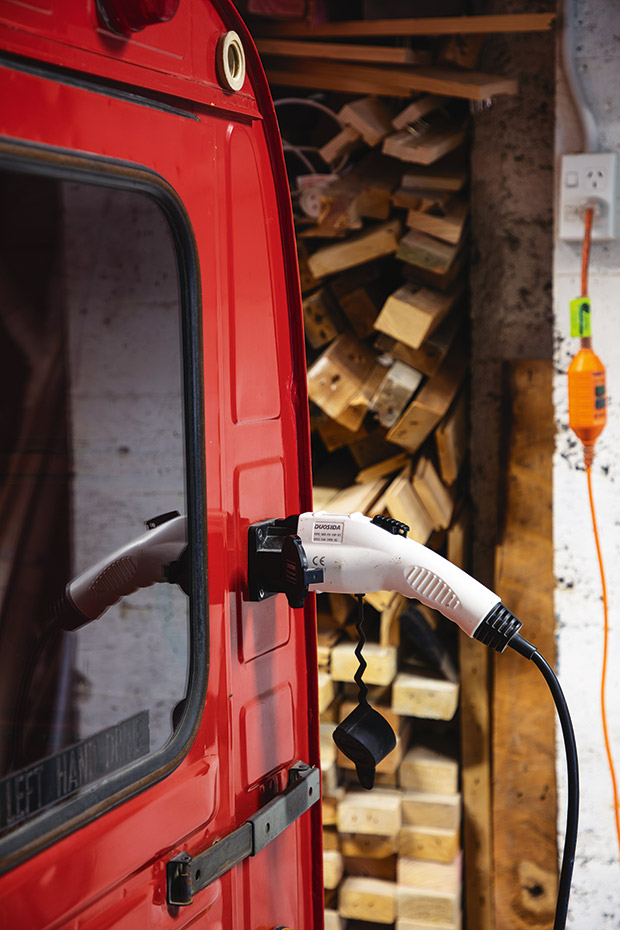 He called in Dunedin software developer and EV enthusiast Tom Mulder to replace the weedy little motor with some electric vim (a 12kWh lithium-iron-phosphate battery, if you please). This gave the van a new, zippy, greenly clean life: it’s been a proud shunner of petrol stations for three years now and gets its juice from a socket in Ted’s garage. With lithium under the bonnet, it’s gone from 22 HP to 60 HP.

More stories you might like:
What's the deal with gluten? Debunking gluten intolerance, coeliac disease, and why the gluten-free diet is so popular

“It used to be slow and noisy, but now it’s the opposite. It still has the same feel, but it’s more powerful and I can get up the hills. 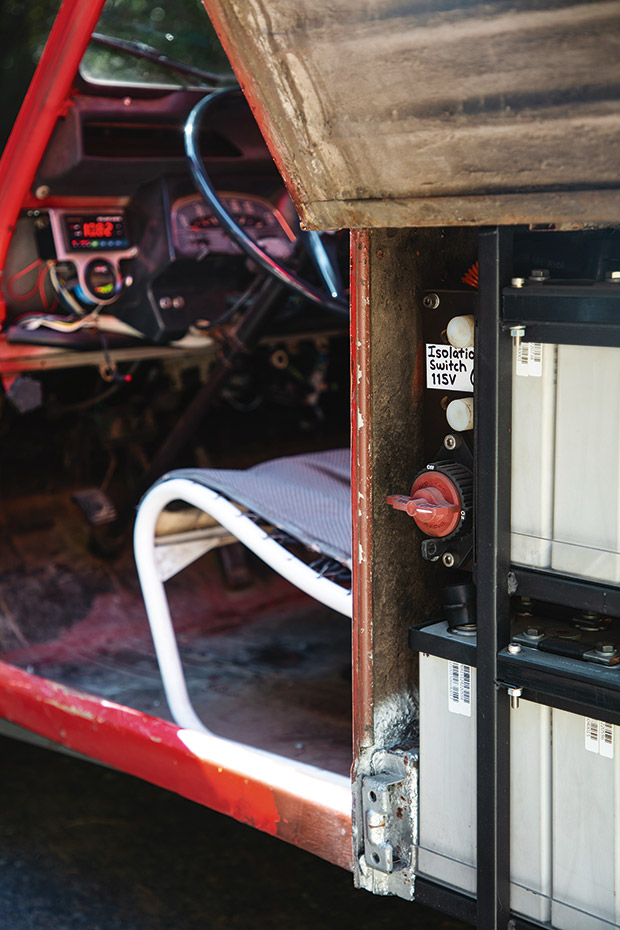 Most people would hate to drive it – you can’t accelerate fast, or the wheels will spin. If you do a tight corner, it looks like the car is going to fall over. It’s a car you love or hate. It’s basic – it has no modern comforts, but I like that.”

Ted hasn’t yet tested a tray of eggs across a ploughed field in his electrically enhanced 2CV. But he could probably now get up Dunedin’s vertiginous Baldwin Street at a good, lithium-lovely clip. 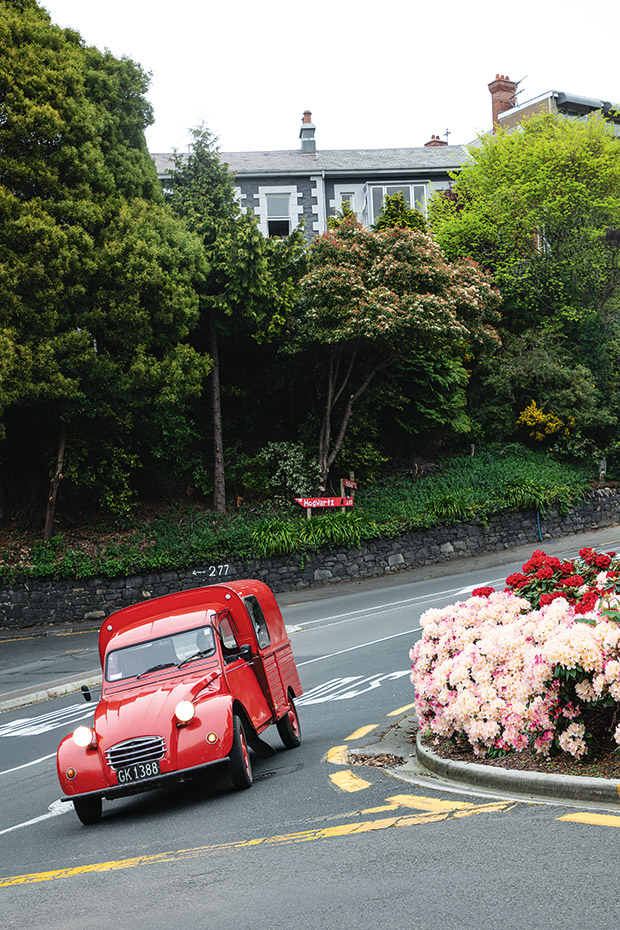 Even Jeremy Clarkson would be impressed. Or not.

THIS SUMMER I’LL BE…

Drinking: “Being from Holland, I like Dutch lagers, so I’ll have one of those or a refreshing Stella Artois at the end of a hard day.”

Eating: “I love the big fat Central Otago cherries I buy from the Otago Farmers’ Market.”

Reading: “The Otago Daily Times and magazines on jewellery or building-related matters — anything with lots of technical information.”

Doing: “We usually have Sunday barbecues at one of our daughters’ homes and take our three grandkids for a walk along Ocean View Beach. Hopefully, I can also make some time this summer to sail my 470 yacht on the Otago Harbour. Being on the water is so relaxing — there’s no noise. (Just like my electric car.)”