A financier leaves a 25-year city career to pursue an ancient rural trade.

David Walshaw was far more interested in sport than schoolwork, so when he failed School Certificate at Christchurch Boys’ High School, he repeated his fifth-form year.

But after buckling down to study, David passed with flying colours. He subsequently landed his first job as a mail boy at The National Bank — the unassuming start of a white-collar career.

With a university degree, David climbed the corporate ranks the old-fashioned way — through loyalty.

“You went into a career, and that would be the focus of the rest of your life. There’s nothing wrong with that — it’s just the way things were done.”

Nearly two decades at The National Bank saw him ascend to senior management, including a two-year stint in Hong Kong and — later — seven years at two other banks. But padded pay cheques didn’t outlast the 1987 stock market crash, so when David was made redundant twice, he left the industry.

The economy had begun to improve when David accepted an offer to set up a personal advisory and investment office in Wellington. It evolved into finance and investment firm Rutherford Rede, where he advised New Zealanders on investments.

Beyond crunching numbers, he enjoyed building relationships. “I found out that it was my niche,” he says. He had his first taste of entrepreneurship when he bought his partners out in 1996 and set up the branch as his own business.

“People in the finance industry are better off working for themselves. If they get any good, they don’t want to work for other people.”

As a boy, David spent holidays helping on a sheep farm.

“I enjoyed the atmosphere of the farming thing. I think I’ve always had a bit of a hankering to be a farmer.”

Thirteen years in finance had become wearying, and he now had a nest egg to pursue that yearning from his childhood. David and his wife Helen were gradually reducing their time in the city when they bought eight hectares of bare pasture at Te Horo on the Kāpiti Coast, plotted to become an olive grove. Although David considered stonefruit and wine production to have merit, he was drawn to olives and the simplicity of oil production.

“You don’t have to add anything,” he says. The couple began transforming the land through trial and error. But with the help of some locals, the grove was completed with an initial 1600 olive trees.

When local olive oil company Kāpiti Olives offered David and Helen a chance to buy into the brand, they took the plunge. David bid farewell to finance by selling Rutherford Rede in 2006 — rooting deeper into his rural lifestyle. The original Kāpiti Olives partners left the brand by the end of 2010, leaving the couple with sole ownership.

Now 15 years as a horticulturist, David admits he still learns every day. “There are a lot of things I don’t know about olives. In the end, you decide you want to develop your skills and make the most of your life with the short crack that you have with it.” 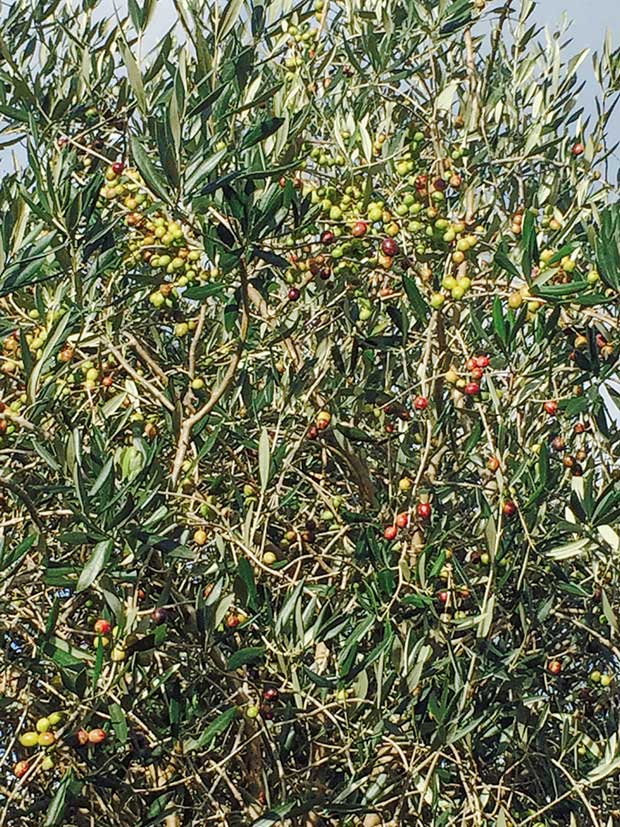 The former finance advisor now enjoys a laidback business approach. After a quick morning yarn and coffee at Te Horo Café, David cruises down to the grove for tasks of his choosing.

“I rarely have a plan for the day. I’m in a different mode now — it’s great.”

With others seeking a slice of the rural life, David poured over old notes to begin penning his journey. He approached a publisher and in early 2018, the 192-page book, Olive Oil: The New Zealand Way, was printed. David, now 68, hopes his readers discover how easy it can be to transform an idea into reality.

“That’s the message, really. You can sit on your bum and think about it, but that doesn’t get it done.” kapitiolives.com 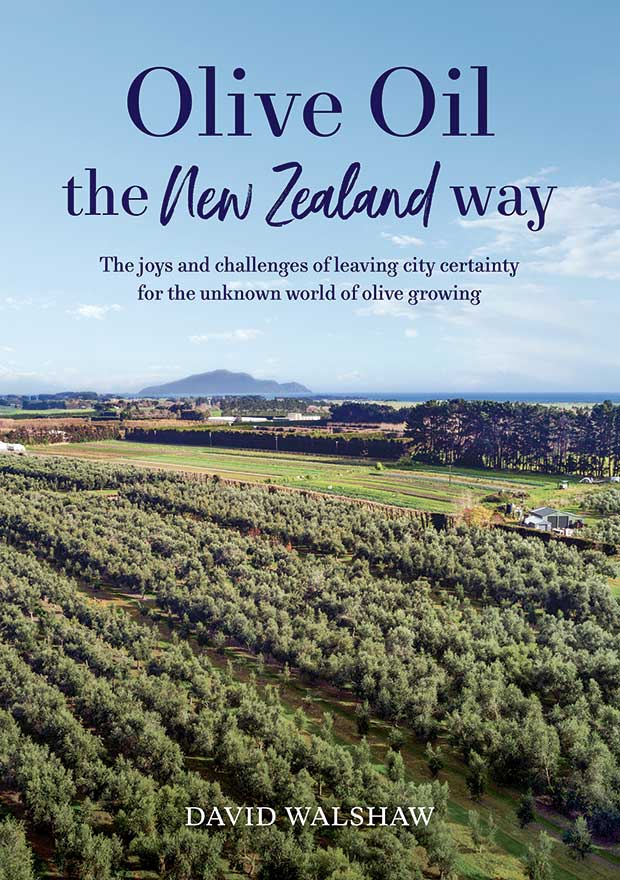 “Even though I had two per cent loans in the bank, I repaid them. It wasn’t fashionable at all, but it’s my understanding that if you want choices in life, you can’t owe anybody anything. When I wanted to change my career, I didn’t feel beholden to anyone. Debt is necessary, but it’s a bad idea. In other words, you have to do it, but you get rid of it as quickly as you can.”

“There’s way more to life than you know. And the longer you live, the more you realize what you don’t know. Of course, you’re going to be scared. But in the end, if you want to do it, do it. It’s not going to be perfect because nothing is.”