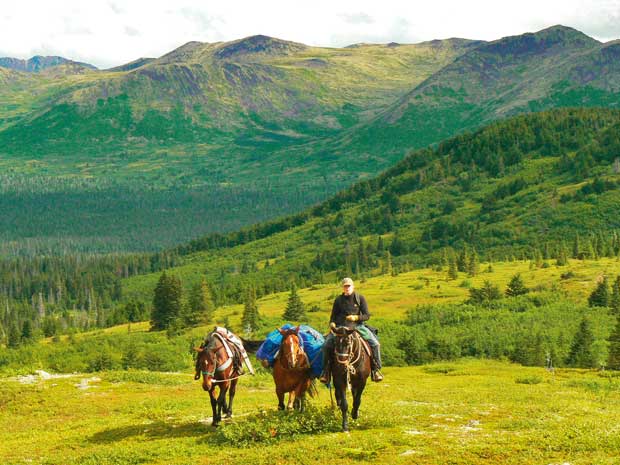 Louise McNutt thought climbing into a wolf den was the biggest challenge she’d face in her animal-focused career, until she chose to ride the length of New Zealand on horseback.

Louise McNutt (29) doesn’t rattle easily. Well, not too easily. There was a time camping in Kenya when she believed a sleepwalking elephant was about to join her in her tent. “But it was just a giraffe,” she says with the confidence of someone unfazed by sharing a sleeping bag with five metres of mammal. There was another time when a wolf pack returned before she could wriggle herself out of their den. Not a problem; they were happy to wait.

Heart-stopping moments are more frequent in Lou’s chosen field than in most. As a wildlife conservationist, she’s dedicated years to tracking, researching and monitoring endangered or threatened species across the globe; from Siberian tigers in remote areas of Russia to snow leopards in Mongolia. A love of animals nurtured during her childhood on a sheep and beef farm led her to study a Bachelor of Science (zoology and physiology) at Massey University. But no matter how many textbooks she read, it was never quite the same as being out in the field.

Now, with a Masters in Applied Ecology also under her belt, she splits her time between both the northern and southern hemispheres, working with rare mammals in the northern winter and consulting to the Ministry of Primary Industries when it gets cold here. 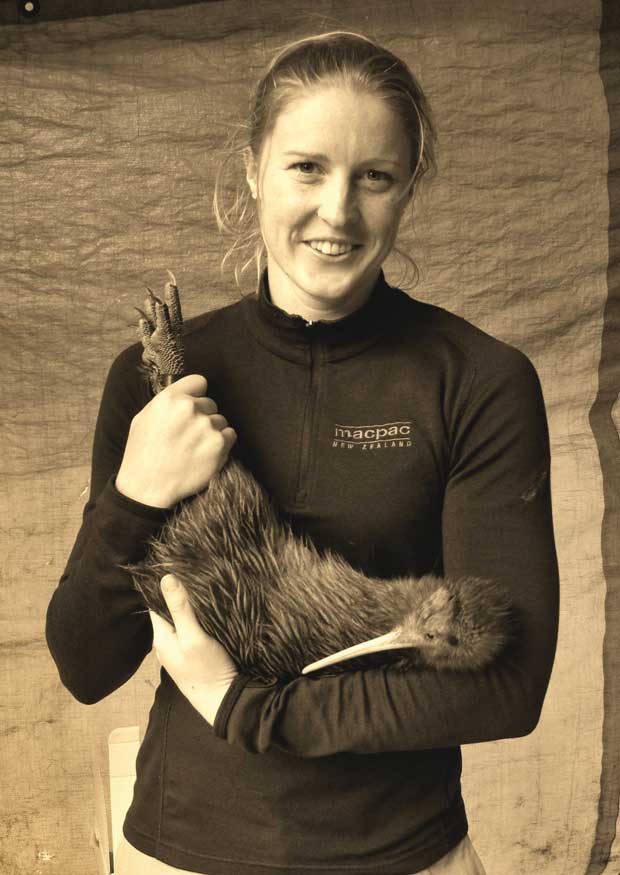 Her current project – one she’s been pondering for nine years – involves a wild Kaimanawa stallion and a journey covering the length of New Zealand. As both a horse rider and a dedicated wildlife ambassador, Lou saw the project as an opportunity to increase awareness for Kaimanawa horses and to raise funds for the Save our Kiwi Hawke’s Bay charity.

Working with Koru – her Kaimanawa – and taking an estimated eight months, Louise plans to cover about 2500 kilometres, following dusty back roads, narrow farm trails and high-country station roads. So far she’s spent months gaining permission from landowners, locating huts and training for every possible problem. “It’s one thing to have an idea and another to make it happen. It’s overwhelming; I hadn’t grasped quite how big the organization would need to be. My motto is to prepare for the worst and hope for the best.”

She believes she will need two horses to make the trek (stallion Koru and a pack horse) and will break the ride into five-day stints. “Ideally I’ll disappear into the back country and pop out five days later ready to resupply and head off again.” She’s not bothered by solitude. “I’m used to being outdoors and by myself. I’ll meet people along the way. I’m excited about helping out on some stations in return for crossing the land, and it’s been incredible how an adventure can bring people together. Everyone has been so generous with their time and advice. The cost of this trip is unbelievable, to be honest. I couldn’t have done it without sponsorship and people donating via my GiveaLittle page.”

In mid-November, just weeks out from the beginning of her journey, Lou took a tumble from a horse. Not long after, the earth beneath much of her route began to roll and crumble. But wild horses, bumps, bruises, and earthquakes can’t stop her. The ride will still go ahead. “People think I am mad. They laugh – what an idiot, what a crazy idea. But as time goes on, they admit they wish they could give their dreams a shot too.”

Excluding the central areas of Auckland and Wellington, where floats will be waiting, Louise will be on horseback from the tip to the toe of the country. Internet isn’t always easy to come by in the high country, so she’ll be updating followers on her Facebook page intermittently. For more on the route and for details on her causes (Kaimanawa horses and Save our Kiwi Hawke’s Bay), see loumcnutt.com