Double exposure: How this photographer turned into a zookeeper at Auckland Zoo 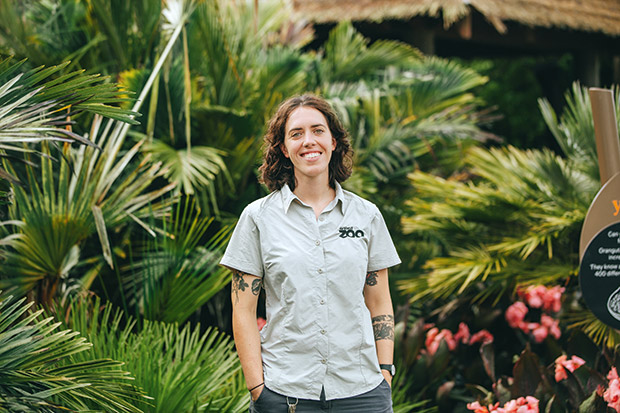 Combining an artistic eye with a love for animals created a career trajectory that Grace Watson hadn’t anticipated.

Sheep, chickens, dogs and cats kept Grace Watson occupied while growing up in Waikino, a rural settlement near Waihī. But when she and her family moved to the big smoke of Auckland, another menagerie stole her heart. Weekend visits to the zoo had five-year-old Grace dreaming that she would become a zookeeper one day.

Photography and zookeeping are two vastly different disciplines — one being art, the other science. That didn’t stop a teenage Grace from teaching herself to use her mum’s camera; by the time she was studying biology at the University of Canterbury, photography had swallowed up her spare time.

Over the years, the two interests melded — such as when insects became her muse during an entomology course. Word of her talent spread, and when she graduated from the University of Auckland (transferring after the 2011 earthquake), she had enough requests for food, product and wedding photography for a full-time gig. In 2014, she launched Grace Watson Photography.

It wasn’t that Grace had abandoned her childhood dream; it was more that her path had meandered off in an animal-less direction. So, she decided to volunteer at Auckland Zoo — purely for fun — and ended up with the primates team. Fate then had its way when Grace tagged along on a fundraising trip to Sumatra led by the zoo’s primate team leader Amy Robbins.

With her camera glued to her, Grace snapped her first wildlife photographs in the country’s national parks and semi-wild areas — even getting photos of the critically endangered sumatran orangutan. Auckland Zoo ended up using some of her images, and before long, she was hired as the zoo’s official photographer.

Otters, squirrel monkeys and other untamed creatures can be rather fidgety subjects. As the zoo photographer, Grace spent her days as a chameleon of sorts, blending in and establishing rapport with different species to get the best shots. “It’s one of those things where the more you wait, the better chance you have of getting a shot that’s not forced,” she says.

And wait she did — Grace even wandered the zoo on days when she wasn’t on assignment or volunteering. “I was driven to get the perfect shots, perhaps a bit obsessed,” she says. She was asked to join the primates team as a relief keeper soon after.

For four years, Grace juggled two positions within the same world — wildlife photographer and primate keeper. She ended up in Sumatra again, only this time to take photos for the zoo’s four-part video series Wild Work Sumatra (available on TVNZ OnDemand).

Lugging heavy equipment wherever the team trekked, Grace was ready at a second’s notice to capture whatever lurked around the corner. At times she got lucky. “Once, an orangutan and her baby had stopped at a fallen tree trunk. The mum just relaxed as her baby played around me for 20 minutes while I took photos,” she says. 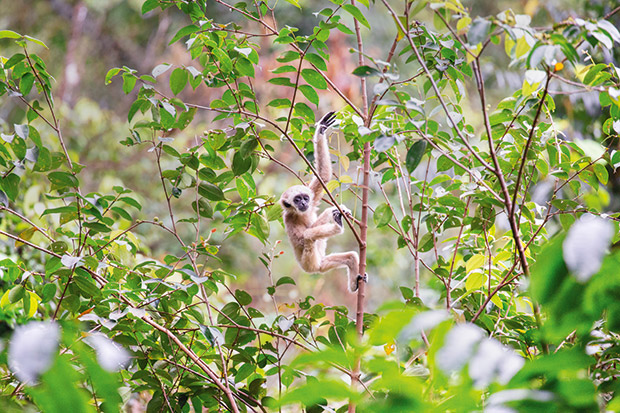 Grace took this photo of a juvenile lar gibbon while in Sumatra. Photo: Grace Watson.

The path to zookeeper isn’t fixed, though the most charted route combines theoretical and on-the-job training through Unitec’s Certificate in Animal Management programme. Grace, however, is a rare breed. In 2020, she left photography behind to join Hamilton Zoo as a full-time keeper.

In zoos, animals are as much workmates as people, and Grace delighted in bonding with the colleagues (such as chimps and capuchins) of her wildest dreams. “You have different relationships with different animals; it feels like they’re your friends,” she says.

When a full-time position opened up at Auckland Zoo in late 2021, Grace landed right back where she started — with the primates team. She couldn’t be happier. “I’ve been coming here since I was five so, in a way, it feels like home.”

Follow passion for yourself, not the job. “I’ve gained a lot from becoming involved in the things I’m interested in, regardless of where it might lead. If you’re interested in something, give it a go because you love it.”

Be open to the unknown. “I’ve tried to be open to every opportunity I’ve been given, even though change and new experiences can be a bit scary, I force myself to do it.”

Let karma work its magic. “I like to work hard, and I do it because I enjoy it, but it has had a way of paying off.”  Follow Grace at instagram.com/gracewatsonphotography