Small footprint, big impact: Why the couple behind Tora Collective catch their crayfish and pāua to order 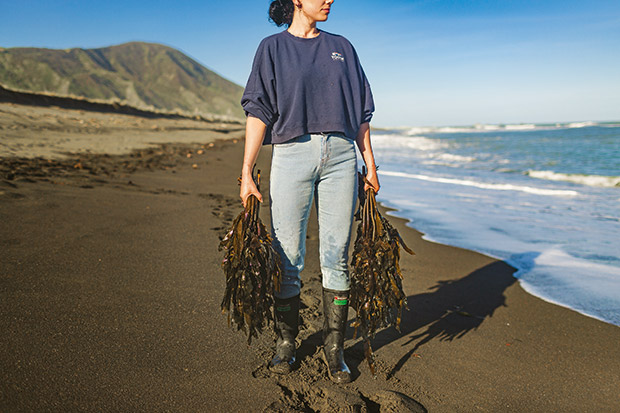 This couple hit the water, rain or shine, in a new venture bringing fresh kaimoana to plates while respecting the ocean’s resources. Meet this year’s winner of the NZ Life & Leisure Spirit of New Zealand Award.

On the surface, little happens in Tora. Fewer than 30 permanent residents live in the tiny coastal hamlet, which sits on the southeast edge of the South Wairarapa. There are no dairies, no shops. Any hope for cell reception is in Martinborough, a 45-minute drive away.

Spirit, however, is almost tangible here. On an eight-metre catamaran named Tākitimu, Troy Bramley and Claire Edwards wear matching grins and wetsuits as they haul live pāua and wriggling crayfish on board the boat. Within the hour, the couple will pull the boat ashore with a bulldozer and pack fish into seaweed-cushioned parcels destined for overnight delivery.

Tomorrow, their kaimoana is served at dinner tables and restaurants around the country. “You can’t get it fresher unless you go diving yourself,” says Troy. 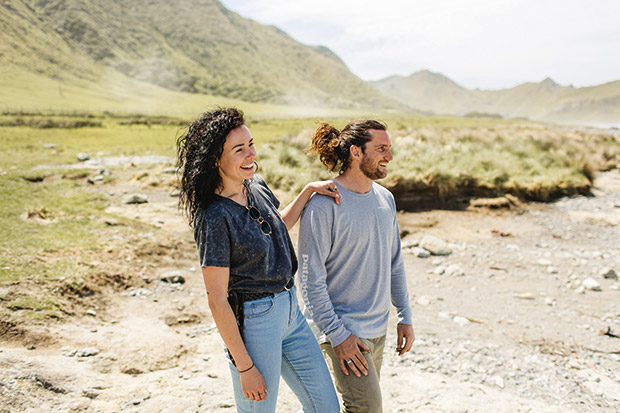 In 2019, Troy and Claire established Tora Collective, a catch-to-order business providing New Zealanders with live seafood that is as fresh as possible. Together, they gather pāua from the seafloor and collect crays from pots along a 15-kilometre stretch of coastline, known as Tora Bay. Brisk mornings on Tākitimu are just the start. On fishing days, they pack the shellfish themselves and drive to Martinborough to send them off to customers around the country.

Catching seafood to order means nothing is wasted, including time the kaimoana might spend in a distributor holding tank.

“For us, it’s the most sustainable way to fish,” says Troy. “We only take what we need. There’s no overfishing, and there’s no selling low-quality fish cheap because we have too much. It’s so simple.” 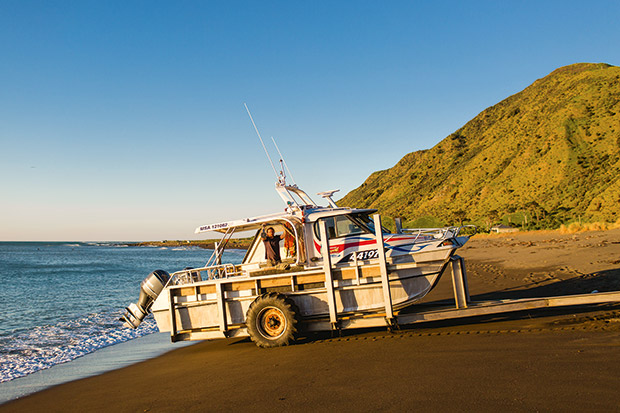 At this year’s Outstanding New Zealand Food Producer Awards, judges applauded the fresh flavour of the couple’s blackfoot pāua and named Tora Collective the winner of the Water category. Troy and Claire’s commitment to protecting an indigenous resource also saw them scoop up the NZ Life & Leisure Spirit of New Zealand Award, given to a company demonstrating exceptional stewardship of natural resources.

“Troy and Claire are meticulous in what they harvest and innovative in how they get it to market,” says editor Kate Coughlan.

“Their approach is proof that a small footprint can still have a big impact on customers.” 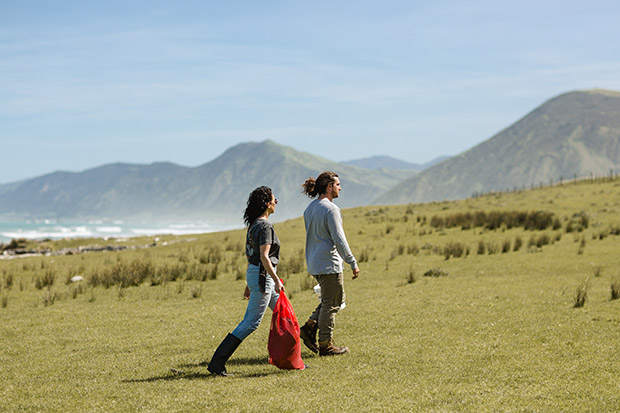 Troy has been fishing on the South Wairarapa coast since he was a child. His bedroom was a mere 20 metres from the ocean; he recalls waking to his father’s bulldozer roaring at daybreak before a day of commercial crayfishing. It wasn’t until Troy began catching commercially himself that he started to think about the industry’s future. He says the best crays are usually exported, but fishers often have little say in where their catch goes.

“Fishers get a bad rap for what they’re doing, but it comes down to the quota system and ownership. Many get paid a very low percentage of what the product is worth, so that’s what creates intensive fishing. We want to educate people about the actual journey of the fish that they’re receiving and who is catching it — and letting people know what is possible. We are also able to inform them about the quality of fish they’re getting,” he says. Troy and Claire were doing long-distance, he in Tora and she in Marlborough, when they hatched the plan for Tora Collective. Claire wasn’t a commercial fisher but was equally close to the ocean, spending her childhood collecting pipis and fishing from the rocks of Golden Bay. As an adult, she moved up the ranks in marketing. She was the marketing manager for Jules Taylor Wines in Blenheim when she decided to join Troy in the Wairarapa.

Tora Collective’s boat-to-plate proposition was simple: “New Zealanders are paying premium prices for fish that isn’t necessarily fresh because it’s been sitting in a holding tank, rejected from the export market. We saw an opportunity to celebrate our kaimoana.

“If we’re going to be eating it, we should respect the kaimoana and ourselves by eating the freshest possible and caught the right way,” says Claire. So how do two fishers without a distributor get their first customers? Cold calling. Troy and Claire thumbed through food magazines to create a list of potential customers, focusing on top restaurants and chefs. “We’d phone them and say, ‘We’re a fishing couple from Tora. Can we come and see you and show you what we’re doing?’ We’re so proud of what we’re doing here,” says Claire.

The couple started with 10 restaurants that were within driving distance of Tora. Today, they deliver to about 50 restaurants country wide and launched to consumers last summer. Orders are finalized on Sundays and filled by several fishing trips a week. Strong swells and winds are their only deterrent.

“On the ocean, something can always go wrong. We might end up further up the coast with a metre-high swell. But we need to get in the water because we have orders in place. Though it can be terrifying, I enjoy that element of it being extreme,” says Troy. On average, Tora Collective collects up to 50 kilogrammes of pāua a week; its licence is for a tonne a year, the minimum to be considered commercial. That’s not to say there isn’t room to scale up while adhering to sustainable practices. The business can trace where its seafood ends up no matter how many orders come in by catching and distributing themselves.

The pair have stayed true to their principles since the beginning. Packaging is as sustainable as possible, with pāua and crayfish cushioned with fresh seaweed, and the handmade ice packs are filled with seawater. Parcel boxes are recyclable, and the wool matting used to line them is home compostable. “If we’re going to be bringing kaimoana in from the ocean, we aren’t going to create trash for the ocean to deal with,” says Troy.

Gathering pāua between August to mid-October is a no-go when they’re spawning — last year, the couple chose not to collect in late July either. There are no laws that prohibit caching during the spawning season.

“Pāua aren’t the fastest creatures, are they? They sit there in groups and only have a three-month period to spawn. So why don’t we leave them alone? We can make that decision because we are the ones on the water,” says Troy. They also increased the size of female crayfish they take to larger than New Zealand’s legal standard.

This Tora couple has big plans that extend beyond their rugged backyard. “We are very vocal about what we believe in — what could help the fisheries of Aotearoa — and we hope to drive this in the right direction. It’s about respecting our kaimoana,” says Troy.

The champions of the 2021 Outstanding NZ Food Producer Awards are…