The champions of the 2021 Outstanding NZ Food Producer Awards are… Producers from Raglan to Wanaka were among the Champions in this year’s Outstanding NZ Food Producer Awards, with Wairarapa’s Homegrown Farm Fresh Meats named Supreme Champion 2021.

Homegrown Farm Fresh Meats Mixed Box – Beef & Lamb is the work of couple Dion and Ali Kilmister, who run 1500 head of cattle and 15,000 sheep on three farms spread over 250 km in the lower North Island. As well as farming, in September 2019 they became retailers establishing Homegrown Butchery, Deli and Pantry, a bricks and mortar butcher’s shop, deli and pantry in Masterton which also has as an online store. Bestowing the awards, the judges tasting notes said, “We really wanted to tuck in! Very tender meat – all the way through…pure meat flavours of both the beef and lamb are outstanding.”

Head judge Lauraine Jacobs said Homegrown Farm Fresh Meats’ mixed box of beef and lamb was an absolute standout. “Every single cut of meat in that box was incredibly flavourful and tasty, a testament to good farming practices and the natural New Zealand grass-fed lamb and beef that is the envy of farming countries around the world.”

She continued, saying: “2021 was an exciting year for the awards. Ten panels, each comprising of three knowledgable and expert judges ate, sniffed and drank their way through a record number of almost 300 entries with the extremely difficult task of narrowing the field down to make the hard choices of the very best in each section. It’s very comforting to see that amongst numerous clever food innovators and food producers there are still many natural unadulterated products that shine, showing just how good fresh-from-the-farm or sea New Zealand food is.” 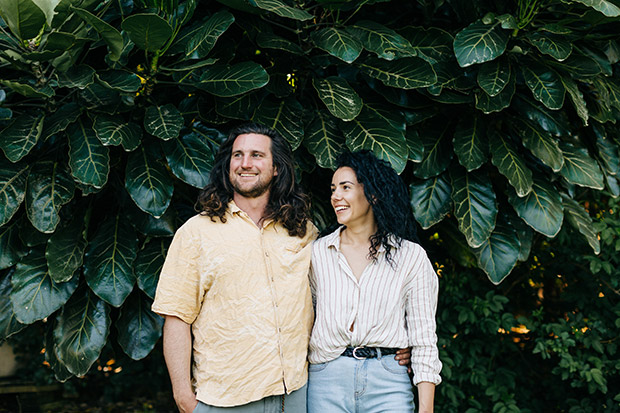 A second Wairarapa business was also named a Champion, with Tora Collective named Seafood New Zealand Water Champion for its fresh paua. Commercial fisher Troy Bramley and his partner, marketer Claire Edwards say the realisation the best seafood from NZ waters wasn’t destined for Aotearoa prompted them to set up Tora Collective. They fish sustainability off the southern Wairarapa coast with the aim of supplying ‘kaimoana fresh as, straight from the ocean’. The judging panel believed they had achieved their mission with one judge noting, “It’s quality paua that can be sliced and cooked just like that! It’s an awesome product.”

More stories you might like:
Save the date: Enjoy an art-filled day out at the 7th annual Kerikeri Open Art Studios Trail over Auckland Anniversary weekend

Tora Collective was also recognised with the NZ Life & Leisure Spirit of New Zealand Award. Giving the award, NZ Life & Leisure editor Kate Coughlan explained that Tora Collective’s commitment to protecting an indigenous resource exemplifies the Kiwi spirit. Tora Collective launched in October 2019 and is now supplying about 50kg of live paua per week exclusively within New Zealand. As well as fishing sustainability, their commitment to the environment extends to their packaging which is recyclable or compostable. They use seaweed to stop live seafood from moving in transit and fill robust bull kelp with water then freeze it, using it as a natural ice pack. 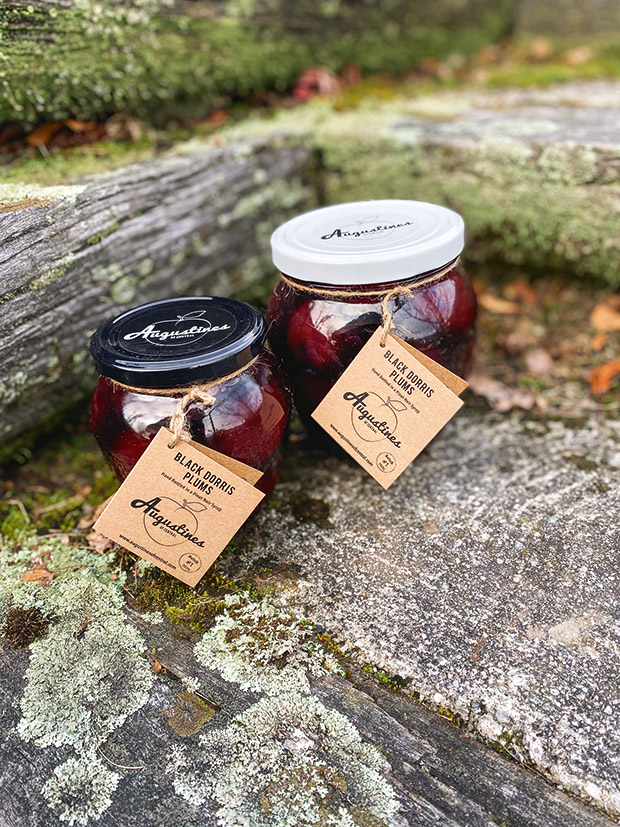 Another South Island business was recognised with Emerson’s Dairy Champion awarded to ViaVio for their Mascarpone. Nelson’s ViaVio is named after a combination of its founders names; Flavia Spena and Flavio Donati, both originally from Rome. Made traditionally – by hand-pouring milk into a cheesecloth-lined colander and leaving it to slowly strain – ViaVio mascarpone impressed the judges with its creamy texture and rich buttery flavour. ViaVio also won gold medals for their pecorino and yoghurt plus silver medals for ricotta and stracchino. 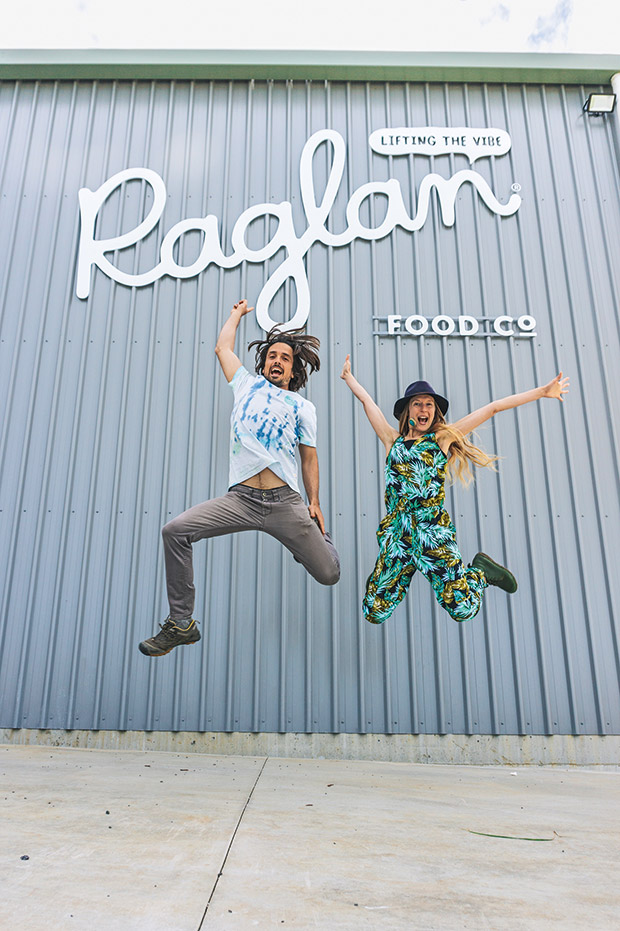 Pathways Hamlin Road Farm Range received the Outstanding Sustainability Award. Every entrant in the Outstanding NZ Food Producer Awards is judged for its sustainability with these marks included in the final total for each entry. This year’s sustainability judging trio – Emily King, Fiona Stephenson and Holly Leach said Pathways Hamlin Road Farm “demonstrates how to run a well-functioning organic urban farm along with the power of how growing and gardening can help people”. Organic urban farm Hamlin Road Farm supplies fresh produce and seedlings to its South Auckland community. However, it’s more than a farm, it grows produce and people. The farm employs and trains people from Counties Manukau recovering from addiction and mental health challenges, giving them vocational training, work experience and support to help them find work and confidence.

More stories you might like:
What's On: "Coastal Pilgrimage” by landscape painter Maria Napier at Turua Gallery, 25 February to 10 March 2022 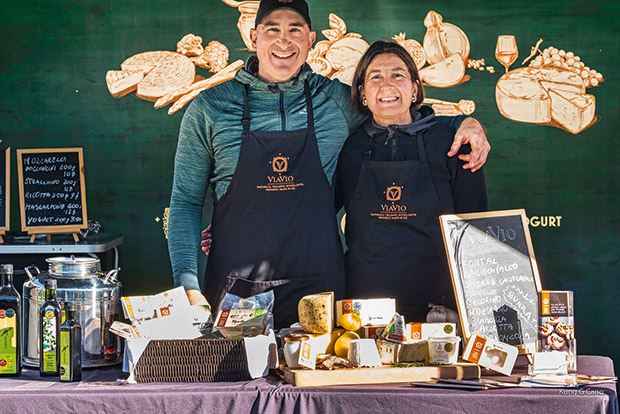 Emerson’s Dairy Champion was awarded to ViaVio for their Mascarpone.

Little ‘Lato, Mango Lassi Dairy-Free Gelato was awarded Free-From Champion. Since being founded by Chief Gelato Maker Hannah Wood in late 2017, the bespoke gelato maker has become known for its abundance of dairy-free options. Little ‘Lato aims to add a little joy into every customer’s day and they certainly did on judging day, with one of the judges saying “So bloody nice! Totally, utterly, delicious!”

In recognition of the challenges facing business over the past 18 months and the innovation prompted by Covid, this year’s new business recognition has become known as the Covid-19 Outstanding New Business; Bake ‘n Break for their Cheese Burger Slider Bake. Bake ‘n Break was born during a Zoom strategy meeting during the first week of level four lockdown in March 2020. Like many businesses, Bake ‘n Break’s parent company, The Cater Station needed to diversify as its catering business wasn’t trading. Just over a year later their cheese sliders for an easy home dinner are finding favour – the judges thought it was a “cool concept…great family food”. 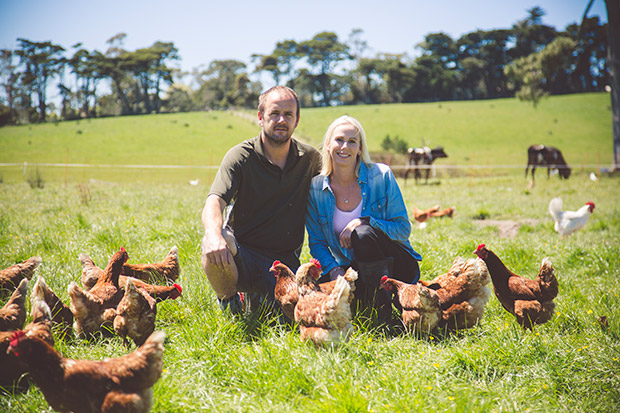 Thirty judges, tasting in 10 panels of three, assessed a record 300 plus food and drink entries from 126 producers. Judges tasted products from throughout New Zealand on Saturday 17 April 2021. The main panels of judges were supported by three specialist sustainability judges, four cooks and 12 stewards.

More stories you might like:
Save the date: Come along to the Riverhaven Artland Summer Sculpture Weekend from 29-31 January 2022

Outstanding NZ Food Producer Awards co-director Kathie Bartley said it was pleasing to see so many alumni from previous awards receiving accolades. “It was wonderful to see winners from the earlier awards recognised again. Homegrown Farm Fresh Meats, Augustine’s of Central, Raglan Coconut Co, Oliff Farm Premium Pasture Eggs and Little ‘Lato have all won in the past. It’s proof that the New Zealand food industry is continually innovating and offers consistent quality.”

Outstanding NZ Food Producer Awards co-director Nicola McConnell said “based on this year’s results, Wairarapa is the region to watch! Homegrown Farm Fresh Meats and Tora Collective both hail from this region and between them they collected four of this year’s top Awards.” 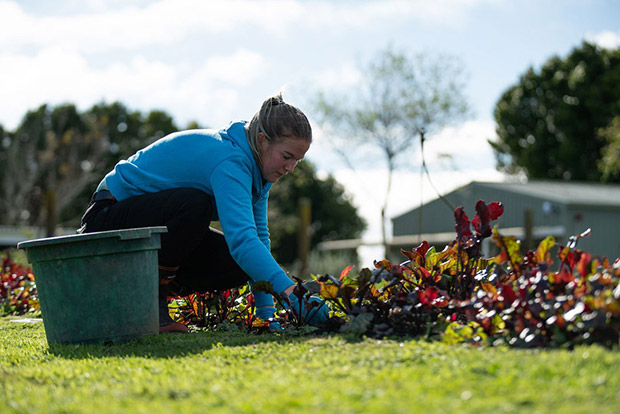