Ben Elms’ first-ever compost pile was an accidental success. But he discovered that even good compost could be problematic.

“I was of the idea that compost should be out-of-sight, out-of-mind. I did a straw bale heap using straw bales as the sides and, magically, somehow I made compost.

“It was at the bottom of the hill and the garden was at the top and while I was wheeling it up the hill, my brain was going, ‘This isn’t quite right, this makes no sense.’”

Ben would never site his compost so thoughtlessly again. And he has spent the past 21 years studying, reading and experimenting to make even better compost.

Not all his experiments ended well. 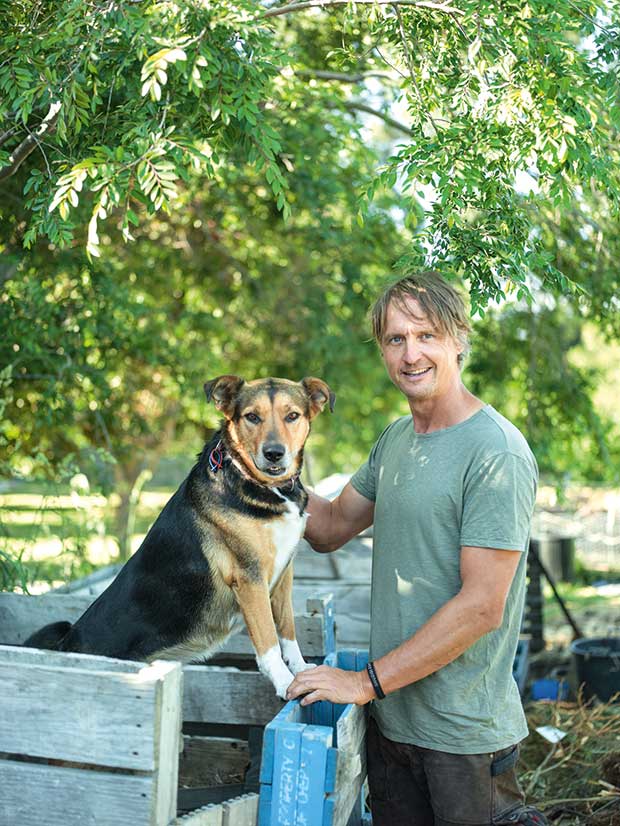 “I once filled a black bin with food scraps and went back to it after six months expecting to see this amazing compost. But all I had was an anaerobic, smelly, putrid, rat-infested mess.”

He’s learned a lot since then. His alter-ego is Dr Compost, the resident rot expert of the Wanaka Wastebusters programme. His mission is to get people excited about making and using rich, rotting compost.

“The two complement each other well. You keep food waste out of landfills by getting people gardening and wanting to compost. The link is there, they’re interested in their veggie garden, so we show them how to make their land more fertile, and compost is a great pathway.”

Ben has made a lot of compost, and in his experience, the thing most people do wrong is to miss an ingredient. Ben was, at one stage, a baker and he knows the peril of ignoring an element.

“The number one problem? No one puts enough carbon into their compost heap.” “Another key thing when people are making compost is that they’re putting the carbon in dry. It’s a good idea to have it soaking in buckets of water. If you think of straw or sawdust or wood chip, they’re almost hydrophobic, they repel water, so soak them.”

There’s a special drawer in the Elms’ family kitchen dedicated to all compostable items.

Start with a layer of carbon-based vegetation (brown decomposing plant matter), which encourages oxygen to get in at the bottom of the pile and to keep the process aerobic.

Add a layer of green, nitrogen-based food scraps, then add another of carbon. Fork the pile around to get the air through it. Cover the pile, and let the vegetation degrade, adding equal amounts of nitrogen and carbon matter. If possible, add tiger worms (available from worm farm providers or on Trade Me).

Check the temperature of the pile — it should be 55°C to 65°C. If the pile is 70°C or higher, it will start killing off any beneficial bacteria.

Use a waratah (or stout stick) in the centre of the pile to release some heat. Add a little water (just a splash) from time to time to ensure the matter doesn’t dry out.

5 TIPS FOR DEALING WITH RATS

2. A better idea is to add this to a worm farm that is secure so rats can’t access it.

3. Keep compost bins in open areas, not up against a fence, hedge or near an area of long grass. Rats use these as cover to move around undetected. 4. Cutting long grass will remove a key habitat for a rat population.

6 tips for composting in winter