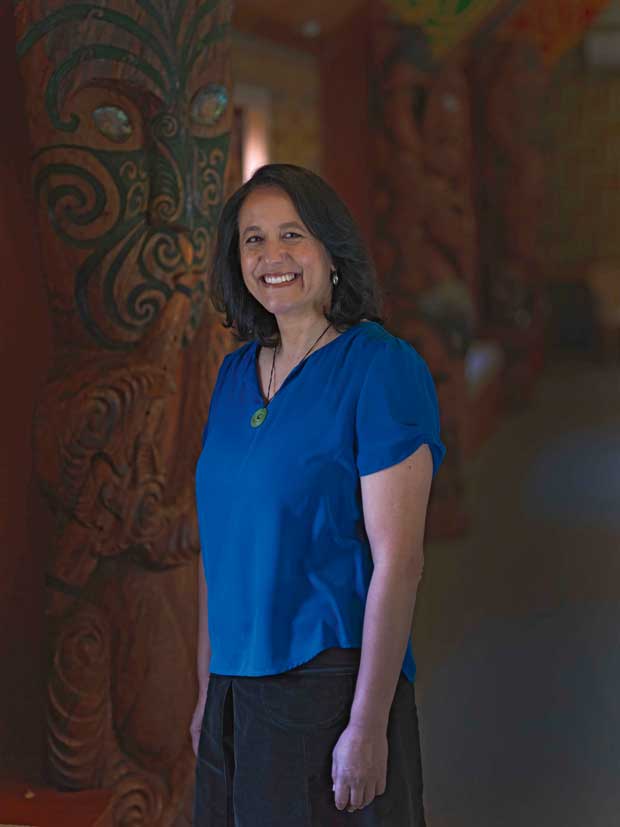 Matire Harwood has long been a dedicated spokesperson and advocate for the health of Maori and Pacific Islanders. Now the recipient of the L’Oréal-UNESCO For Women in Science  fellowship, she’s about to become even more vocal.

1977 Schooled in science
It was traditional in Matire Harwood’s whanau for her grandfather to nominate a career for his mokopuna. “You will be a doctor,” he said, and so it was. Matire Harwood was seven when her family (parents, siblings and grandfather) moved to Australia where she attended a small rural school in Victoria. “Our science teacher drove to school in her hot rod, wore a skirt and stilettos, and told us: ‘You girls have every right to enjoy science.’ We were the first girls in that school to study physics, and all went on to find success as female scientists and engineers. It is proof of how powerful an excellent teacher, and peer group, can be.”

1988–1999 Bachelor of Medicine at Auckland University; house surgeon/registrar in Wellington
Back to Auckland, with whanau following later. Studied general medicine and became interested in helping patients self-manage rather than be reliant on the healthcare system. The Wellington faculty of the University of Otago specializes in rehabilitation, so Matire packed her bags for the windy city, where she also helped fund her studies by working as a house surgeon/registrar. “I loved it, but when my dad suffered a stroke I gave up on exams, and moved back to Auckland.” There, she began her PhD, delving into what influences a patient’s ability to take charge of his or her rehabilitation. The intervention she developed was implemented by DHBs nationwide and is now internationally recognized.

More stories you might like:
Water cooler: the boss on a fox, a film about fashion and trying Onggojip

2001 Hands-on learning
Now back in Wellington, she signed up with a GP clinic in Wainuiomata. “Studying doesn’t pay much, so I joined the practice one day a week while continuing my research.” This dual role in clinical and research science opened doors to serving on boards and committees, such as working on heart and diabetes guidelines, and research into genetic modification.

“The Ministry of Environment was wary of the issues arising around the ‘warrior gene’ information and wanted to make sure that the Maori voice was considered and involved in an honest conversation.” Additionally, Matire creates and distributes a bimonthly summary of scientific and medical research involving Maori. 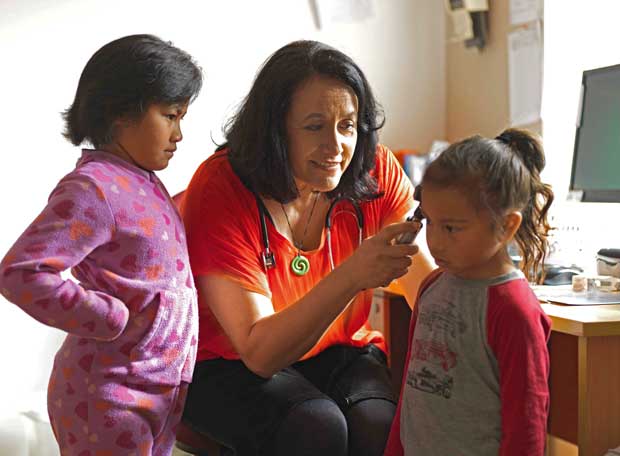 2005–2010 Juggling practice
Became pregnant (a son in 2005) while working on her PhD, and decided to relocate back to Auckland to be closer to whanau as her husband’s television career meant he spent plenty of time away from home. The PhD took a backseat, and she became pregnant again. Her daughter arrived in 2010 and with her came perspective. “I was pregnant with twins, but only my daughter survived. People often ask, ‘Has being a mum changed you?’ And it has, but losing a child changed me too. I learned to slow down.” She completed her Ph.D in 2011, but don’t call her Dr Dr Harwood – just one will do.

2011–2017 GP at Papakura Marae, and senior lecturer at Auckland University Medical School
Matire returned to her first love – GP work – at the Papakura Marae. She also teaches, continues her research at the University of Auckland and serves on the Waitemata DHB. “Being a GP is full on, but keeps me grounded. It feels selfish to say, but there’s something lovely about being valued, and they so appreciate me choosing to spend my time with them. Academia is where I think and teach, but I love being a GP.” Matire also continues to research long-term conditions such as stroke, asthma and diabetes in Maori and Pacific Islanders, and effective self-management outside of the healthcare system.

2017 Winner of 2017 L’Oréal-UNESCO For Women in Science Australia & New Zealand Fellowship
After some hesitation, Matire entered and won the 2017 L’Oréal-UNESCO For Women in Science Fellowship. While the recognition is nice, it’s the $25,000 prize that gives Matire a platform for doing even more good in the community. “This allows me to hire a research assistant and step out of my comfort zone and venture beyond the Pacific Rim. I can help Maori students with writing workshops, and move beyond research. I can stop and ask, ‘What does it all mean?’ Maori women in science and medicine are often pulled in all directions, and I needed a way to take control and bring everything back to my primary goal – to use research to achieve equity in New Zealand. Equity will help to raise New Zealand as a nation; we should be proud of our indigenous leadership and change our mindset. Nothing is too hard, it just needs to be broken into small bits, and reconstructed.”

Know your worth
While it’s important to have someone on your side, you need to recognize your strengths before others can champion them too. Once you know your worth, find someone who sees it, shares it, and wants to help you on your way.

Mana-enhancing critique
Be mana-enhancing in your critique of people. It’s easy to put people down when critiquing evidence and people, especially in the hierarchy of medicine. Knocking someone down won’t help you to climb the ladder. Instead, recognize, and be in control of, your power.

Question everything
Be curious and dare to understand things better. Don’t accept the status quo. It would’ve been easy for me to think ‘Maori health issues are because of poor diet and laziness’, but that’s not right. Find the evidence to prove people wrong, and then seek the solution.