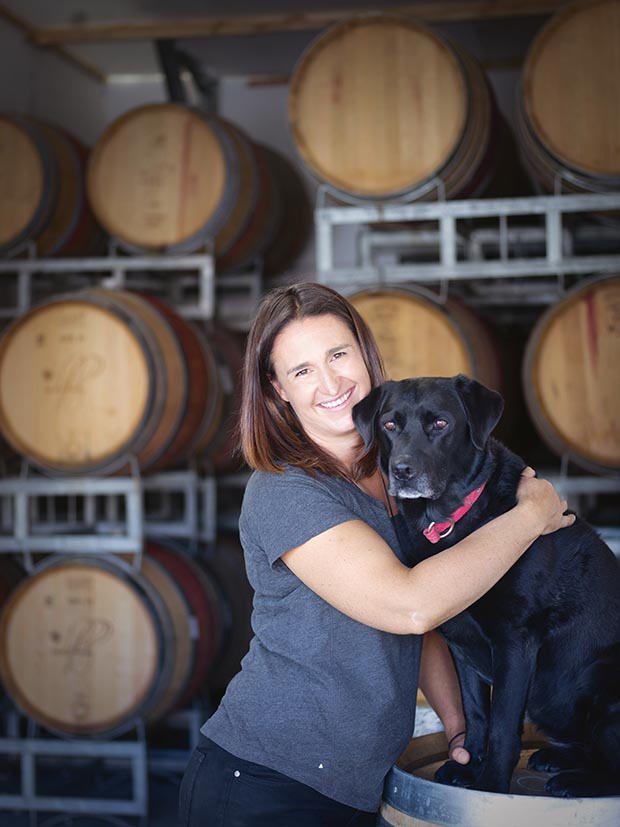 Shoveling 30 tonnes of grapes by hand twice in a six-week season is winemaker Debra Cruickshank’s way of avoiding the gym. It also ensures a good vintage for the boutique winemakers she serves.

What is it that distinguishes one Central Otago winegrower’s vintage from another’s? Some say it could be the residue from their feet as they tread the grapes. Others claim the wine is imbued with the hoots and laughter of said winegrowers as they trample. Either way, Cromwell’s boutique wine producers are more than happy with the quality of their wine when it comes out of Debra Cruickshank’s micro-winery in Cromwell.

A contract winemaker, Debra produces 30 different wines – including pinot noir, pinot gris, rose and Riesling – for the increasing number of Central residents with a small plot of land and a few vines. She invites her clients to take part in the process, treading the fruit, bottling the wine. 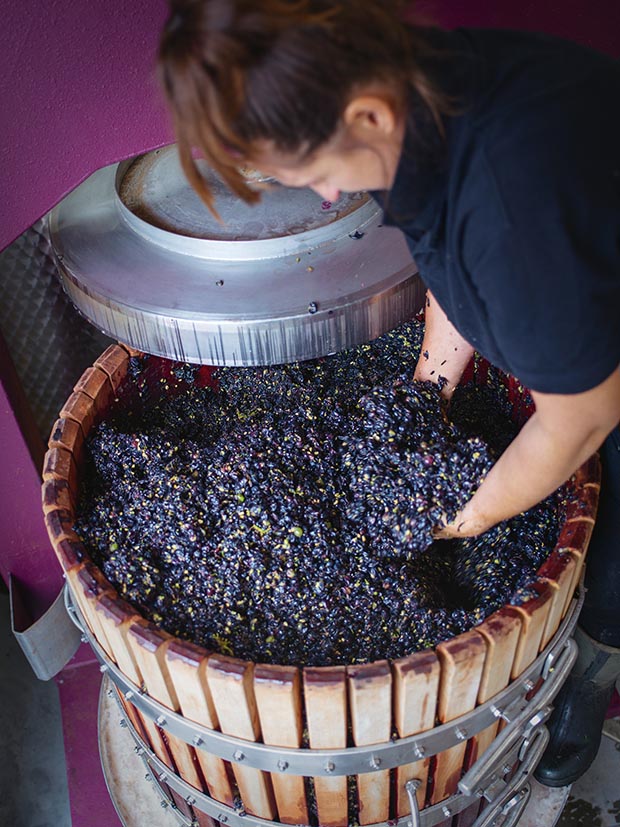 “After working in the Central Otago wine industry for about 17 years I saw the frustration of smaller producers as they watched their precious grapes disappearing into estate blends,” she says.

“I’m here to help boutique growers enjoy their own vintages by providing a high-quality service for small-batch wine production.”

She established her contract winemaking facility DC Wines in 2012, and moved into a block of storage sheds in Cromwell. It was a modest beginning but she had all the equipment she needed to deal with about nine tonnes of grapes coming in at the time.

Compare this with other local wineries.

“When I was working at Akarua they did about 300 tonnes. Aurum Wines does 20 tonnes and they use machines. This is my sixth vintage coming up. Last year I did 30 tonnes of grapes – 30 different wines ranging from 100 litres to 5000 litres in grapes – and all dug with a shovel into the crusher, then from the crusher into the tanks. That’s 30 tonnes shoveled twice in a season. It’s a great way to keep fit. I certainly don’t need to go to the gym.” She made the move from the family farm in South Otago to Cromwell after high school in 1998 and it was her good fortune to land a job at Akarua Vineyard where her impressive work ethic was rewarded with three pay rises in as many months.

“I started right at the bottom but I made sure I was in there the whole time,” she says. Cleaning floors and doing the type of grunt work that doesn’t usually appeal paid off when the winemaker Carol Bunn decided the company should put Debra through university while she stayed on to work at the winery.

Four years later she had her oenology degree by correspondence through the Eastern Institute of Technology and Massey University. Not long after she had completed her studies, her mentors told her it was time she broadened her experience by visiting overseas wineries. So she went to Margaret River in Western Australia for a year or so and loved it. 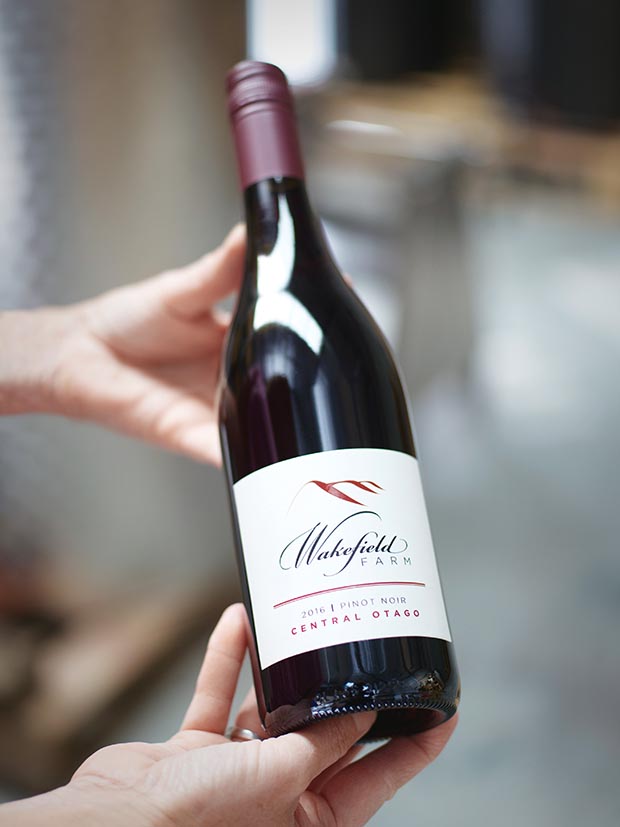 “I was lured back to Cromwell to work for a small-batch winery and after several years there, I followed the advice of people in the local industry who encouraged me to establish my own
boutique winery.

“By then I really knew what I was doing but I had to start out small,” she says. “Pre-harvest I go around every one of my clients’ vineyards and do the analysis on all the different grapes so I know where they’re sitting and when the client needs to pick them.

“I use a basket press. It’s old-style winemaking and a lot gentler on the fruit than a bag press but it’s very small and I have to do several loads to press each client’s grapes.” Three people working at her little four-headed bottling machine and a one-headed screw-cap machine can put through 600 bottles in an hour. 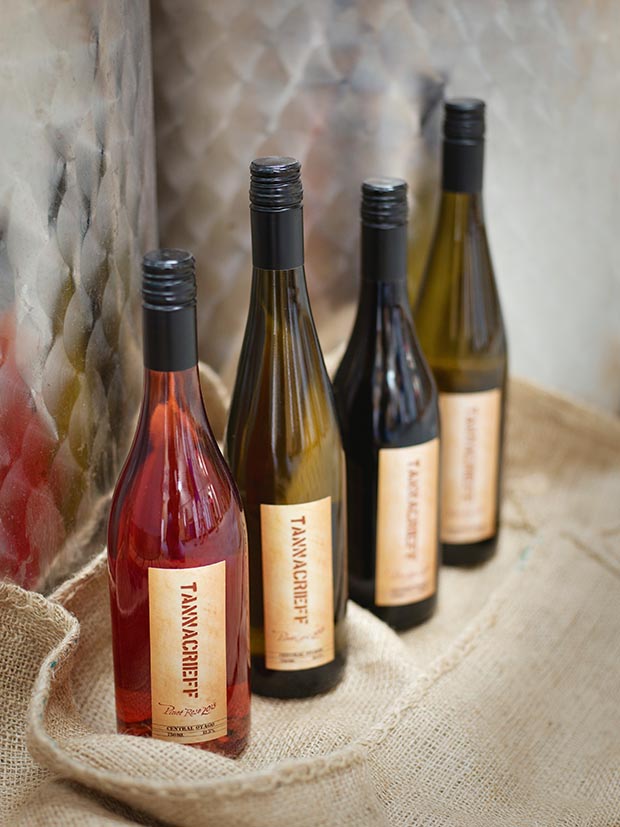 “I lease a little vineyard down Wanaka Road to produce my own label – Tannacrieff. It’s the name of the farm I grew up on down south, and comes originally from Ayrshire in Scotland. Mum and Dad have given me the template we used to spray paint on the woolsacks. I do a pinot noir, pinot gris, rosé and riesling from half a hectare. But I wanted to try a port from pinot noir because Central Otago is pinot noir and no one else is making port here so it is a good wee niche. I use a base of pure alcohol.” 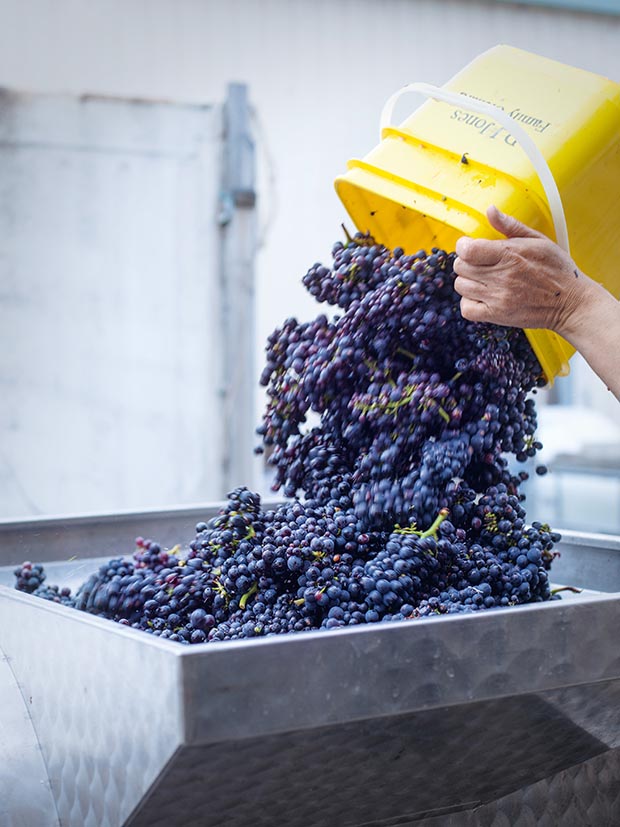 Duck shooting has also always been a big part of Debra’s life and in every maimai there is a bottle of port. She approached Central artist Tui Johnson to create the label for her own variety.

“Mum took shots of Dad in camo gear in mid-summer while I had photos of my black labrador Jade and Tui used them to make a beautiful label for the Duck Shooters port. In two weeks it sold out, all through the NZ Water Fowler and NZ Wild Habitat Facebook pages (both closed member-only sites). And then there is the Red Stag Ruby with another label by Tui. So now the port is the main wine that I sell for myself. I hand-wax and hand-label the bottles. And around Central I’ve become known as the Port Lady. “My ruby ports are young. They’re made in April and I start bottling them in October. The longer they’re in barrel the better but they’re sought after and I’m open to persuasion. I have a five-year-old tawny that I add to each year. The pinot noir is in barrels for 10 months while the white wines are made in April, and bottled in September.

“I also make a very popular fruit port for the Joneses at Suncrest Orchard who have a tasting room in their enormous Cromwell fruit shop. The fruit ports don’t need too much time in barrels – they’re made in January or February and I start bottling them in October. The fruit ports are made to be drunk immediately but everything improves with age in the bottle.” 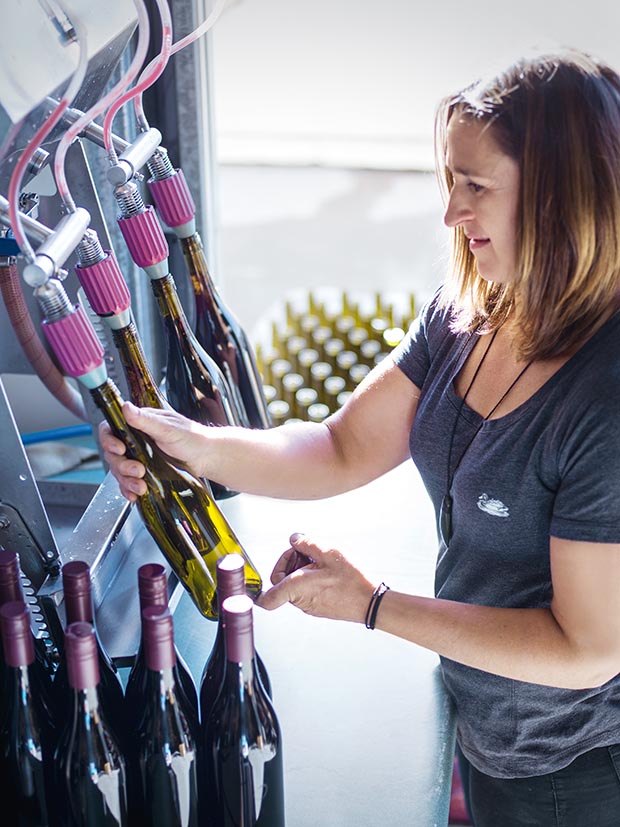 My own tastes run to Felton Road, Aurum and Akarua pinot noirs from Central Otago. The Australian reds and South Australian rieslings are right at the top of my list as well. And I’ll never forget the 100-year-old Seppeltsfield port I tasted in the Barossa.

Failing something as exquisite as that, after a good winter evening’s meal with friends, I like to end the night with one of my own ruby ports. I love the ritual around drinking port. Delicate little port sippers were first made in the 17th century and I’m doing my bit to bring them back into vogue by importing them from China and selling them through DC Wines in Cromwell.