The Dunedin winemaker who is painting the town red 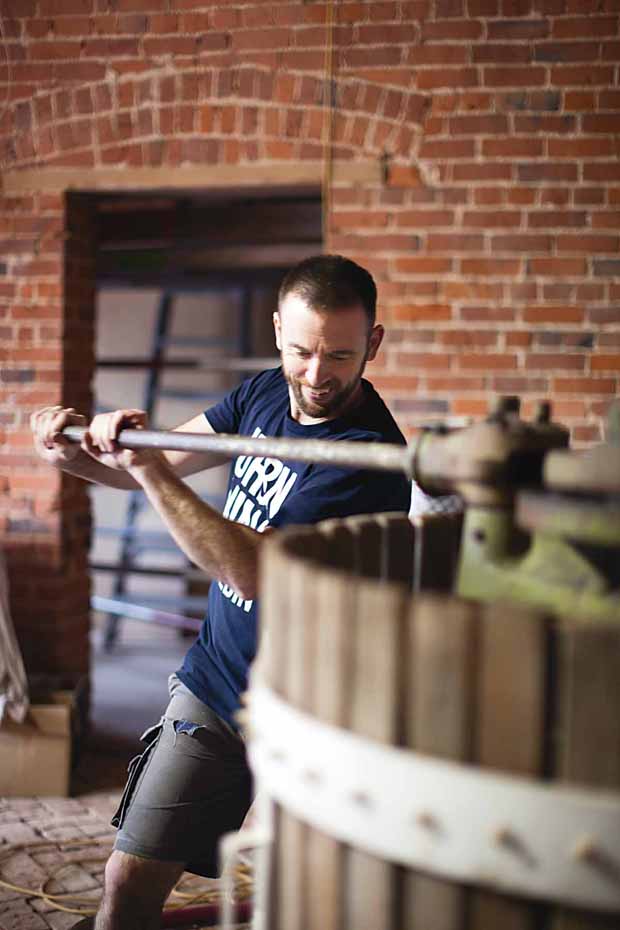 “The press was kindly loaned to me by Packspur Vineyard,” says Brendan. “It was originally from Larcomb Vineyard in Canterbury, and who knows where they got it from.”

A Pinot Noir grape’s résumé would never boast “formative years in Dunedin”. While that city’s excellently fresh climate does wonders for the creativity and all-round excellence of its residents, it would throttle the sweet dreams of such a sensitive berry.

But innovative Cromwell winemaker Brendan Seal has decided that Dunedin and Central Otago pinot noir (two of his very favourite things) ought to hold hands. He recently leased pop-up digs in the city’s former Gresham Hotel to kick off the first phase of his urban winery project, Urbn Vino. His mission? To cheat geography by making wine in Dunedin from Central Otago grapes. 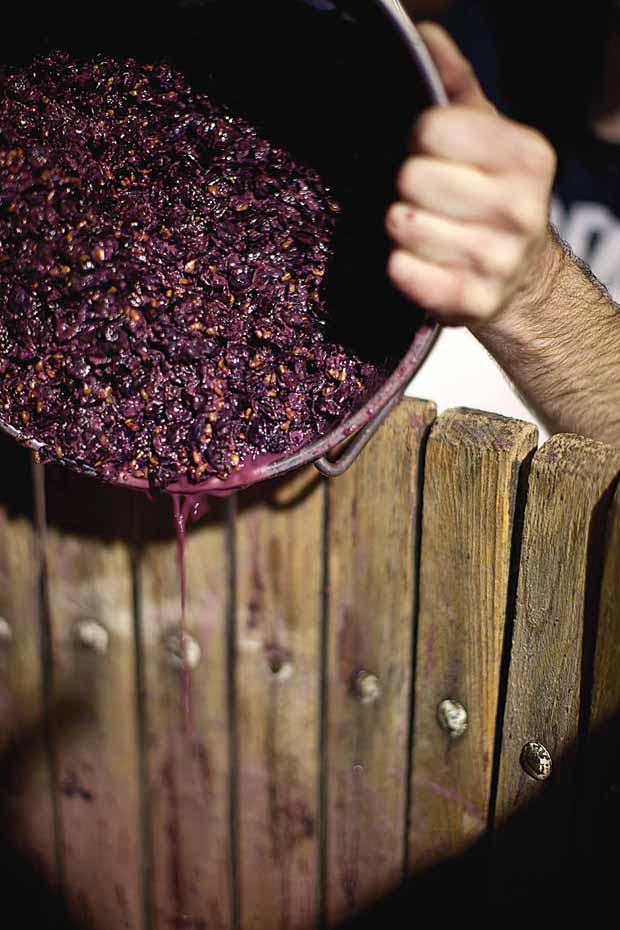 In New Zealand, a growing interest in seeing the processes behind the making of our beverages has led to the rise of visitor friendly craft breweries and coffee roasteries. Brendan wants wine to join that party. Europeans have long transported grapes to their local town squares to squeeze and sup.

The trend has been hugely popular in the USA for several decades, and those Australian neighbours of ours are fast catching up. He’s nursed a dream of opening an innercity winery for 15 years. “I could see the potential here,” he says. “Central Otago is one of the greatest places for growing pinot noir, and Dunedin is one of the best small cities in the world and a place I’m absolutely passionate about.” 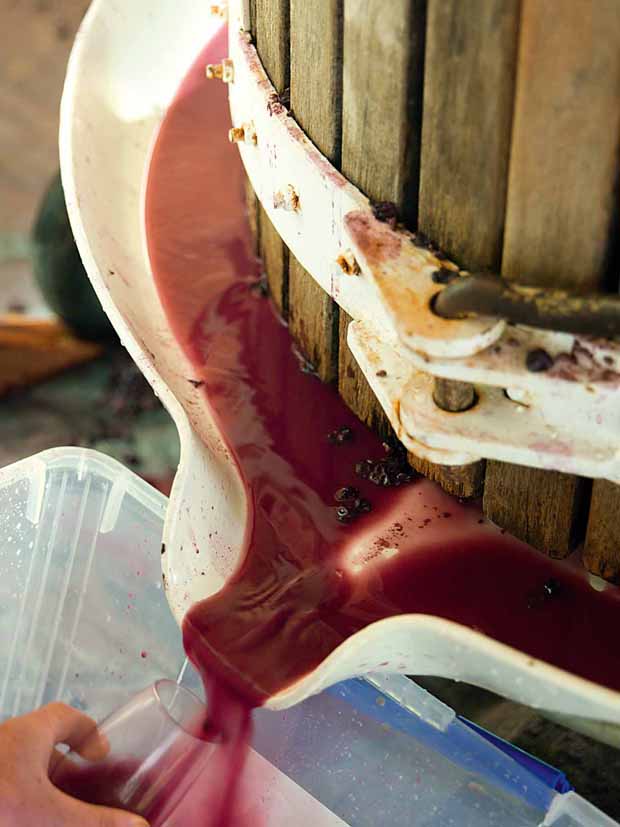 He installed his equipment in the old Gresham and brought 2200 kilograms of grapes to Dunedin. That will eventually yield 150 cases of Urbn Vino Pinot Noir, a high-quality wine from a blend of vineyards. The fruit gets plucked from its bucolic Central Otago vines in the morning and journeys three hours by truck to the city, where Brendan is waiting to greet it and begin the de-stemming, fermenting, pressing and barrelling on-site.

His favourite part of the process is the vigorous “punch down” (breaking up the absconding solid grapey bits – the “cap” – that rise to the surface during the fermentation process).

“Punch downs are the best. Every day pinot smells differently in the ferment and every time you get close and push the cap down you can smell that. You’re experiencing the wine evolving – aromatically. It’s amazing to watch as it unfolds. Every time I go and try the wine there’s a little bit of a surprise there.” 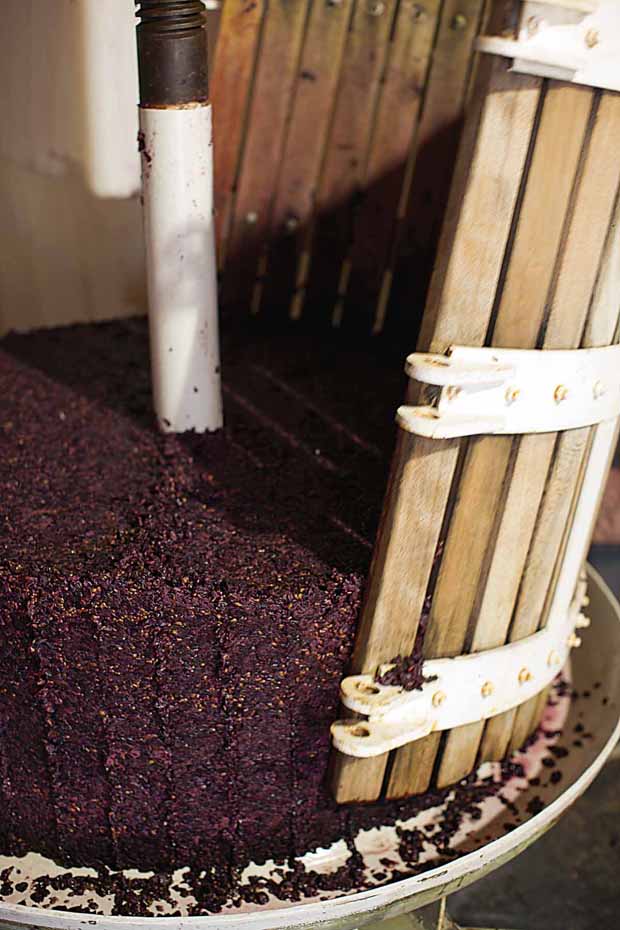 Brendan found his way into the winemaking industry via the University of Otago’s history department. After writing his honours thesis on the pioneers of the Central Otago wine scene, he felt it only right that he roll up his sleeves and walk the talk. One harvest led to another, and another, until he was irretrievably hooked. Since 1999 he’s had various winemaking roles for Mt Difficulty, Chard Farm and Mt Edward, with overseas harvests in Cyprus, the USA, France, and the UK in between.

In the middle of all that hard vineyard graft, he unrolled his sleeves and ducked back into academia to write a masters thesis on the formative years of the New Zealand wine industry (“it was an itch I needed to scratch”).

Every year he teaches wine knowledge as part of an annual summer school paper, “Introduction to the Wine Business”, at the University of Otago. This desire to think and talk about wine as well as make it, is one of the big drivers behind the Urbn Vino project: “For me it’s more important to be able to connect with my customers. I don’t think I’m ever going to get bored of meeting people and having a yarn about wine – or anything else.” 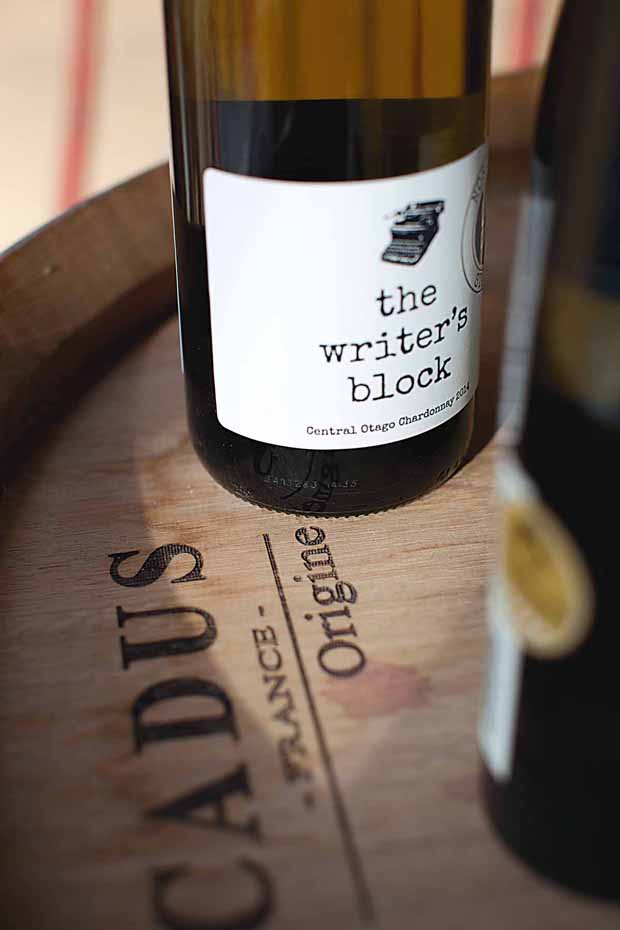 In 2012 Brendan leased disused winery premises at Packspur Vineyard, in the foothills of the Pisa Range. There, he makes wine for small-scale clients under a modest Skyline garage and consults to several Central Otago producers.

This yields the income stream that allows him to make his own wine: a classy, single-vineyard, top-end premium label called The Writer’s Block. He plans to keep making this lofty drop when seasons behave obediently and yield the requisite single-vineyard magic. Urbn Vino, meanwhile, will be its domineering, upstart, city-side cousin.

Brendan plans to find permanent Urbn Vino quarters in Dunedin’s newly vibrant warehouse precinct in 2017. As a working winery, it will allow trade customers, hospitality staff, students and wine-keen folk a portal to both the Central Otago grape-growing region and to the processes that fill the bottle. “

Winemaking doesn’t really make sense until you see it all in action.” Ultimately, he’d love to move back to the city with his wife and two daughters. “The project’s got legs already. It’s just a matter of working out how many legs – how viable it is as a business. I won’t know that until I start selling bottles of Urbn Vino in a year. But the initial response has been beyond my wildest dreams.”

The best thing about the industry for Brendan is the compellingly unconquerable mysteries of the grape. “You’re never going to know all you need to know about winemaking. I could die and I would’ve only just scratched the surface of it. Making wine is always going to be a challenge because of the amount of variables involved. That’s why I have no time for people with egos about wine. The less you realize you know, probably the better winemaker you are.”

That sort of questing, snob-swiping attitude is gold. Someone ought to bottle it. Watch this space: urbnvino.nz “My first good bottle of wine was a bottle of Timara cabernet merlot that we had with a bowl of spaghetti bolognese. I was 15 and thought it was a life changing experience – wine out of a bottle. It cost $6.95.”

WHAT I’M DRINKING
In my ideal world, everything I consume would be delicious, unique and made by people I have met and really liked. In most instances, I will choose these products over the latest five-star, trophy-winning show-ponies made by complete strangers. To me the value of a product goes beyond what is in the glass; it is also the connections that go with it. With that in mind, I really enjoy drinking Queenstown Brewers beer, especially the very distinctive Red Rye – it’s dangerously delicious, and the people behind it are fantastic, hard-working, genuine buggers who really know real beer.

My absolute benchmark-quality coffee has to come from Hamish and Jen Evans at Switch Espresso in Christchurch. I get a kilogram of beans delivered to my home every month and I still get excited when it arrives. And also on the coffee front, what I‘m most looking forward to trying in the next few months is the Rampart Coffee from Auckland. I’ve known Shane and Gina (who are behind the project) for years. They have a huge amount of hospitality experience and have lived and breathed this idea for such a long time – inspirational, enthusiastic people and coffee obsessives too.