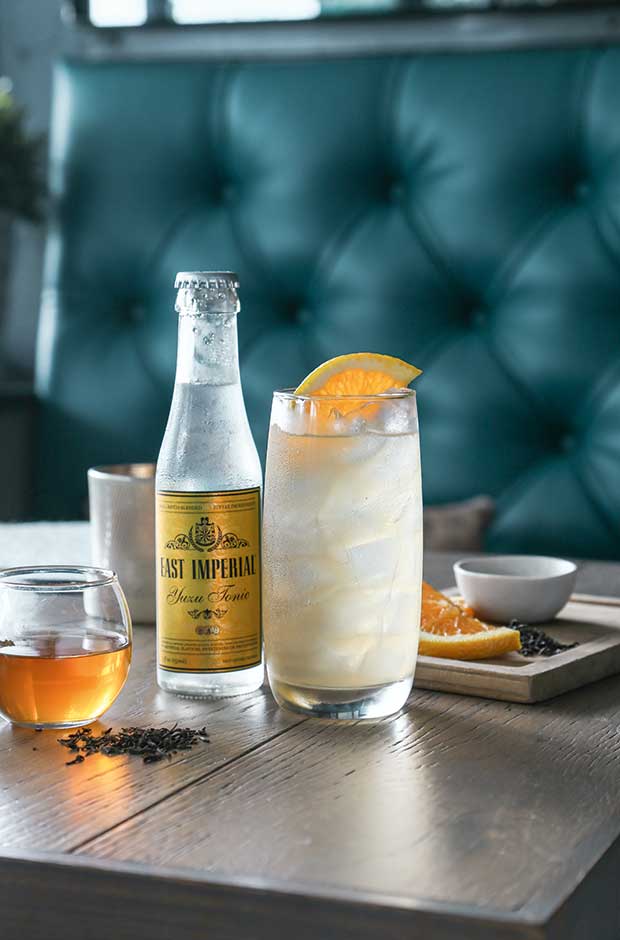 It’s an obvious question: Why buy premium gin and mix it with cheap tonic?

That’s the question Tony Burt and Kevin Law-Smith started discussing back in 2009 over pick-ups and drop-offs at the preschool their children attended. Then, Tony was working in advertising in Auckland and Kevin was in strategy with Fonterra.

“We talked about what we did at work and how we were noticing a shift in how consumers chose brands,” says Tony. “Across the board, people were realizing that cheap wasn’t good for several reasons. They were craving authentic and real experiences.

They were making more conscious decisions and, importantly, didn’t mind paying more for better.” They also, says Tony, the marketing guy, loved a good story — about the brand, the ingredients, and how the product was made. 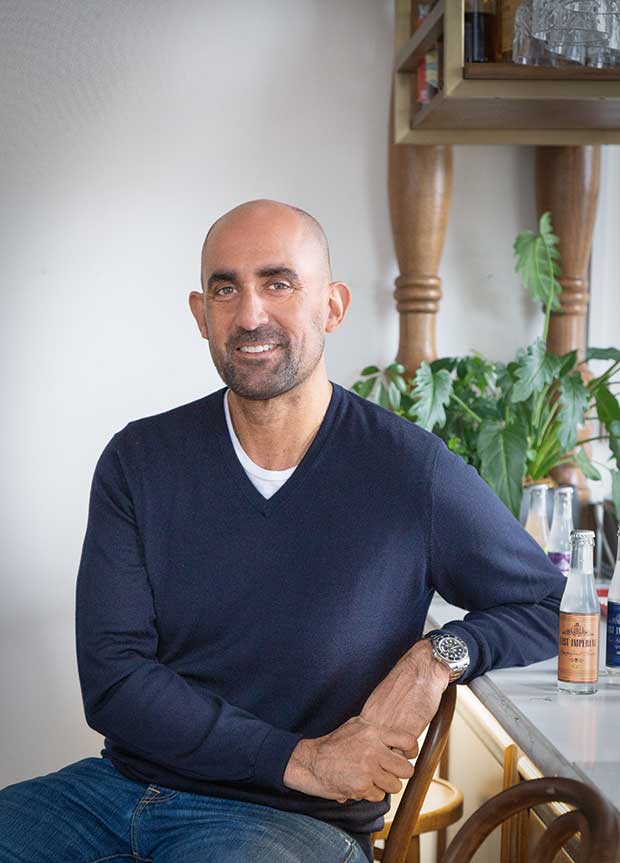 This shift was overflowing in beverages, where customers were happily forking out for premium spirits and craft beer. “People were drinking less but drinking better. They were saying they don’t want a cheap slab of beer, they want four bottles of a good craft beer even if it costs $6 or $8 a bottle,” says Tony.

“Ten years ago or so, our local bottle store had about three bottles of gin, all the standard international brands. Now it has about 30, maybe more, and they aren’t cheap. But it was glaringly obvious to us that there were no premium mixers for those premium gins.”

Tony says a good tonic was available in New Zealand at the time, but he and Kevin weren’t aware of it. For them, the answer was evident — develop their own tonic which, handily, came with an interesting brand backstory.

“It so happened Kevin’s English great-grandfather settled in Kenya at the turn of the 20th century. Like anywhere in the tropics, malaria was the biggest killer, so early settler families made tonic water with quinine to stave off malaria. Kevin’s family had held onto their recipe. He got the recipe from his parents, and we recreated it. East Imperial’s Old World Tonic, our first release, got to market in 2013.” 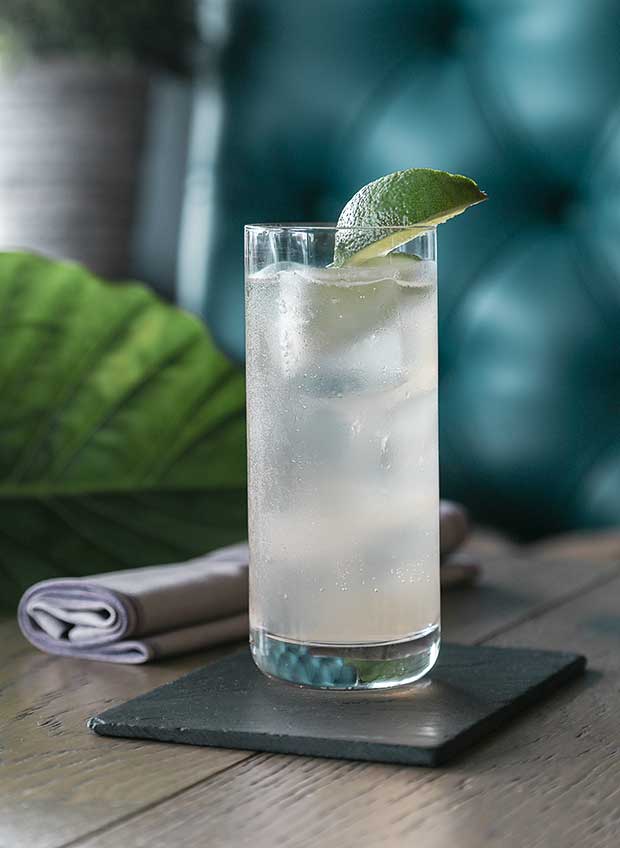 It took a good two and a half years of planning, brand creation and design, figuring out where the tonic would sit in the market, its price point, and deciding on bottle size. “Ours are 150mls because that’s the perfect pour for a G&T,” says Tony.

Today, Tony is East Imperial’s CEO, running the business day to day, while Kevin is the company’s new product developer. Kevin is now based in Bangkok, keeping up to date with global beverage and food trends, and working with a hand-picked group of the world’s best bartenders and mixologists to trial the company’s new offerings.

“About three years ago we picked up on the surge in popularity in using a Japanese citrus called yuzu as a tart or sour flavour. The humble lemon or lime was no longer good enough — people wanted exotic citrus. Also, some gins use yuzu in the distillation process, so we decided to create a yuzu tonic. At the same time, we were testing a grapefruit tonic. My sister, who’s a big G&T drinker, tried the first batch of grapefruit and hailed it a ‘game-changer’, so that’s her go-to now.”

Five years later, East Imperial has nine products aimed at various spirits and mostly referencing colonial history. Along with five flavours of tonic, there’s also a Thai ginger ale, a Mombasa ginger beer (which is brewed for three days, marking
the difference between a ginger beer and a ginger ale, which isn’t brewed), and a grapefruit soda. 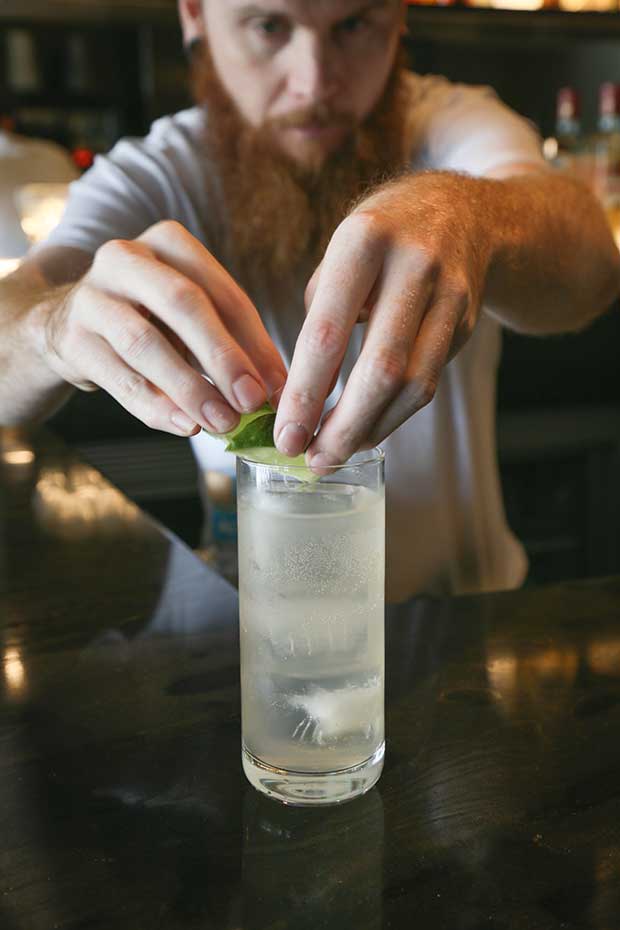 Aside from the water, all the ingredients are imported (the two gingers from Kenya and Thailand, as named); quinine, extracted from cinchona bark, comes from Jakarta, Indonesia.

That’s where the old Dutch plantations used to be, back when the Dutch kept a stranglehold on the world’s supply of life-preserving cinchona. The ingredients are shipped to Tauranga, where batches are contract-made and bottled according to demand, using the company’s closely guarded recipes.

East Imperial also offers a plain soda water, which Tony says is one of its best-sellers, especially in Asia and the United States.

“Soda water doesn’t get the credit it deserves. New Zealand spring water is incredibly good. Soda water’s sale is driven by people wanting to be more health-conscious, so they’ll ask for a gin and soda, a vodka or whisky and soda, or just soda straight. And, with all our drinks, it’s about the experience — about getting a nice tumbler glass, with great quality ice and a premium spirit, and then a nice bottle. It heightens the whole experience.”

And that’s why, he says, these days people will pay a good $10 retail for four 150ml bottles of mixer, and many bars have binned their post-mix guns in favour of smartly bottled flavour. 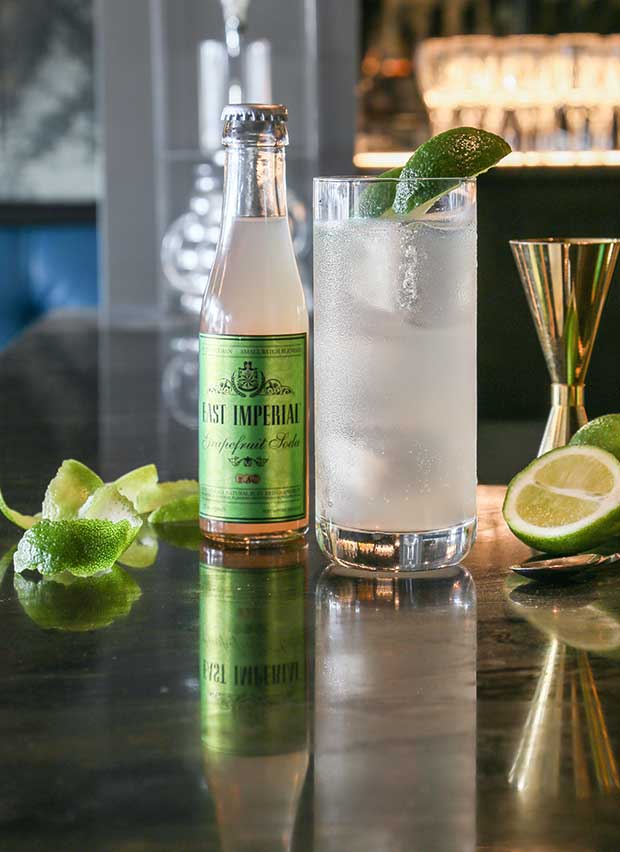 “Five years ago, if you’d tried to get people to part with that kind of money they would have said you were crazy since they could get a big bottle for $3. But we’ve been educated about what a high-quality experience is and people now don’t mind paying.”

Tony credits part of that to the competition within the premium-mixer market.

“We’re not fazed by competitors. We like new brands coming on the market because the more companies that are playing in this space and educating consumers, the better it is for everyone. As the tide rises, we all rise with it. We also believe consumers need choice, and if they’re not buying East Imperial this time, they might be attracted by one of our flavours next.”

And they are buying. In England, premium tonic waters now outsell mass-made mixers, and East Imperial itself is fast becoming a mixologist’s favourite, says Tony.

East Imperial is currently sold in 25 markets, which comes with a particular set of demands. Not only does each country have its own labeling laws — meaning a precise quantity of bottles must have the right labels — it also requires more international travel than Tony is comfortable with.

“The travel is a downside, but it’s essential to keep in front of customers. Sure, it would be nice to be closer to our markets, but I love living and working in New Zealand.”

It’s a good thing Tony Burt is in the mixer business because he’s taking a year off alcohol.

“In meetings or bars, I’ll drink a glass of yuzu or grapefruit tonic water straight. With a nice bottle, a glass, and mixer, there’s not a lot of difference between drinking that and a G&T.

“The increasing range of alcohol-free gins also helps. We do a lot of work with Seedlip. The non-alcoholic distilled-spirit market is ripe for disruption, especially as people are more health-conscious and generally drinking less.”

When he is drinking gin, however, Tony favours Sipsmith’s Very Junipery Over Proof (VJOP) Navy-Strength Gin. “It’s 57 per cent alcohol, but you won’t feel like you’re drinking a 57 per cent gin. You could have that in a martini and not know — which would be a very dangerous martini. But that’s my go-to gin.”

Put all ingredients in a highball glass. Pack with ice and top with tonic. Garnish with a large slice of citrus.

Add all ingredients to a highball glass. Pack with ice and top with soda. Garnish with lime slices.