Pet-sharing 101: Meet the Nelson couple behind Share My Pet, the service that connects pets and (petless) people 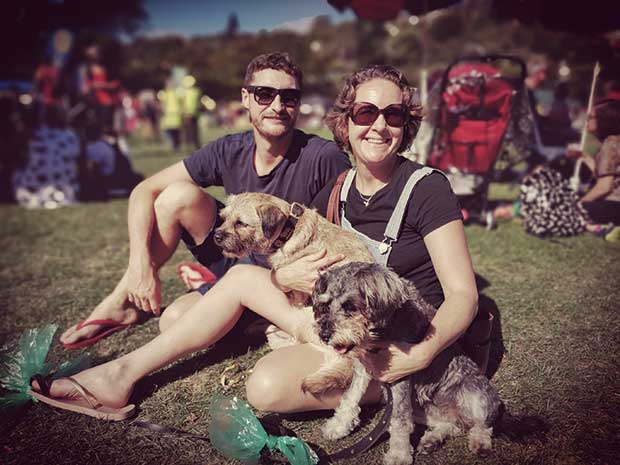 Lili Wenzel and Dave Johnson with their pet-shared pooches, Miss Muppet and Snout.

Imagine getting all the benefits of a pet without the need for a sprawling yard or doggy daycare. Welcome to pet-sharing.

Miss Muppet probably doesn’t remember life before she had three (soon to be four) sets of human parents.

It’s an unconventional arrangement, but it certainly has its perks for the sandy-coloured border terrier. She gets bedtime cuddles from owners Lili Wenzel and Dave Johnson, an afternoon with a young human “friend” on Tuesdays, and spontaneous playdates sprinkled across most months.

Pet-sharing is like the extended cousin of Uber and Airbnb, where magic lurks at the intersection of serendipity and a mutually beneficial relationship. But it isn’t intended to replace doggy daycare or dog-walking services.

“Sharing a pet should add to your pet’s life, rather than be a replacement for your walk,” says Lili. The Nelson-based couple knew their dogs could use more stimulation. While across town, 19-year-old Hannah yearned for a four-legged friend without the permanency of bringing one into her mum’s home. Fast forward one “meet cute” on Nelson’s Tahunanui Beach, and Hannah now sees both dogs weekly.

“Hannah lights up when she sees the dogs,” says Lili. “There’s a happy reuniting every week.”

The concept isn’t new, but pet-sharing has been garnering quiet attention in New Zealand since Lili and Dave launched their business Share My Pet in 2017. The idea came (appropriately) as they walked their pooches. Nearly every day, locals without pets stopped to enjoy the company of Miss Muppet and her canine “brother”, a schnoodle called Snout. 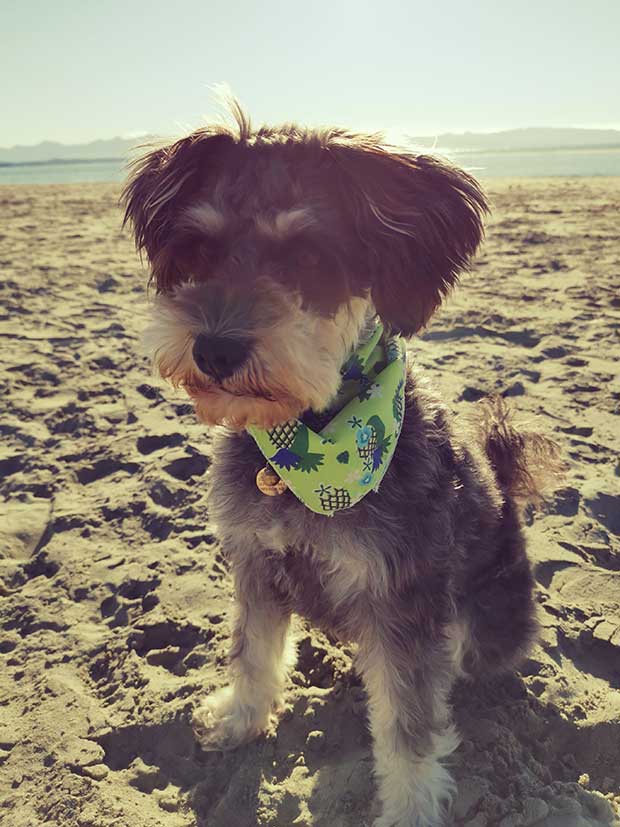 “Many people in rentals can’t have a dog or a cat. Others travel a lot, are too busy, or had a pet die and aren’t ready to commit to another,” says Lili. “So many great people don’t have an animal, but they’d still love to be a part of an animal’s life.”

So the couple hired a web designer to create an online platform where “sharers” (people with pets) can connect with “carers” (those without pets). Compatibility is based on species, breed and sharing frequency preference. Miss Muppet was the first to be added to the Share My Pet database, and ping, in came a message from Hannah.

Lili and Dave couldn’t be more chuffed with Hannah, who’s been enthusiastically co-parenting their two dogs for the past year. But some pet owners new to the concept are not so quick to trust. 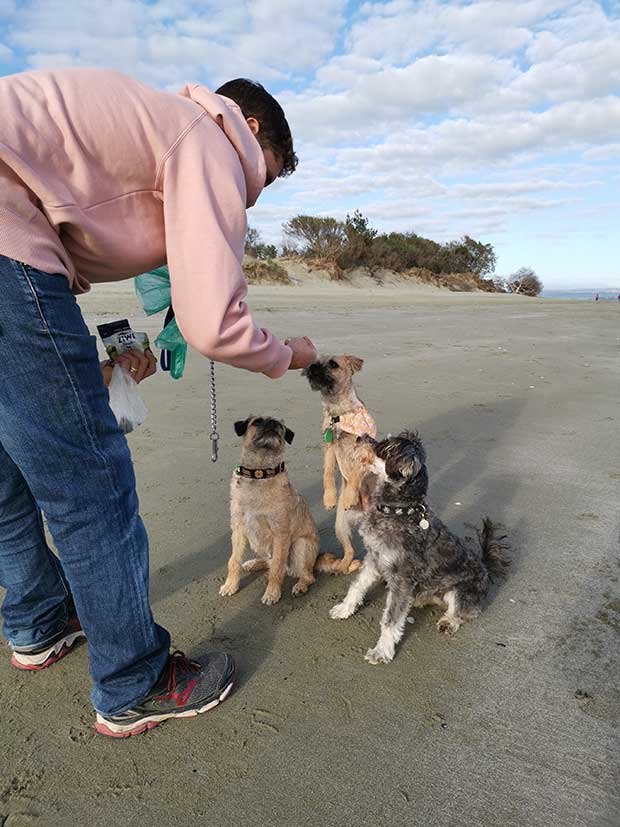 “Obviously, some are concerned with lending their animal to a stranger. However, it’s not about lending to strangers — it’s about establishing friends and relationships,” says Dave, who recently took a hiatus from his architecture job to work on Share My Pet full time.

“We didn’t realize how quickly pet-sharers would connect with other people. Carers become your friends, and as a result, you become more connected with the community. It was originally just about the pets, but now we have this exciting secondary benefit.”

For New Zealanders without pets, a sharing service can provide intangible — even therapeutic — rewards. One young man requested the company of Lili’s cat while recovering from chronic fatigue syndrome. His fondness for the cat grew, and Lili was eventually driving the feline — called Elfie — to his home twice a week. “Recovery is psychological, not just physical,” says Lili. “The cat helped with the man’s recovery by lifting his spirits.”

When a Christchurch family had to go overseas for an emergency, Lili and Dave found a long-term carer for their rabbit. The carer keeps the family in the loop by sharing photos of the rabbit regularly. “Parsley [the rabbit] is looked after and well-loved,” says Lili.

Dave reckons that even the most attentive pet owner can benefit from a relationship with a carer. “Pet-sharing isn’t just about an extra walk. For our dogs, their world has expanded, and they have more stimulation in their life,” he says.

“Everybody is becoming busier and more informed about what it means to own a pet. Through those changes in society, I think pet-sharing has a real place in the future.”

Pet-sharing is relatively established overseas; membership fees for services in the United States and Britain start at about $85 a year, with carers earning up to $35 a visit.

Although Share My Pet has an annual membership fee of $50, it’s “more of a relationship than a business contract”, says Dave. It has already expanded into Christchurch, Wellington and Auckland. sharemypet.co.nz