An Auckland family is producing a vegetable box that looks and tastes better than homegrown — and is this year’s Spirit of New Zealand winner at the the Outstanding NZ Food Producer Awards of 2020.

The local farmers’ market saved the Tregidga family business back in the mid-2000s.

Today, Clevedon Herbs & Produce is thriving under sisters Liz and Amy Tregidga, who have greened up the herb and vegetable-growing operation based 35-minutes south-east of Auckland. They grow, harvest and deliver what the judges called “super-fresh, restaurant-quality herbs and seasonal vegetables, better than homegrown”.

When supermarkets changed their buying practices 15 years ago, it was almost the end of the company started by Amy and Liz’s grandfather in the 1950s. 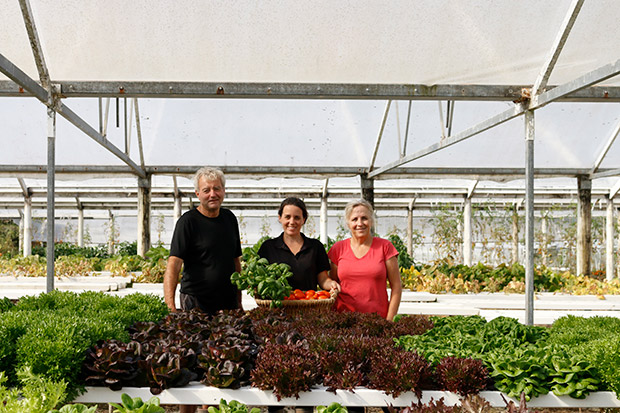 “Helen Dorresteyn (who owns Clevedon Buffalo Company) started the Clevedon Village Farmers’ Market just as the bank was telling our parents they needed to sell up,” says Amy.

“On their first day at the market, they had some lettuces and seedlings and decided if they were going to have to stand there for four hours, they needed to grow more. That’s what we still do now.”

Liz is in charge of growing; Amy does the marketing. Parents Phil and Jenny still work on the farm and get up at 4.30am every weekend to prepare for the local markets. The goal of their vegetable-box business is to work smarter, not harder. The family used to have to attend five weekly markets around Auckland. Now they’re selling boxes, it’s just two.

“We normally deliver 60 to 70 boxes a week,” says Amy. During the lockdown period the company has been selling 250 boxes a week. 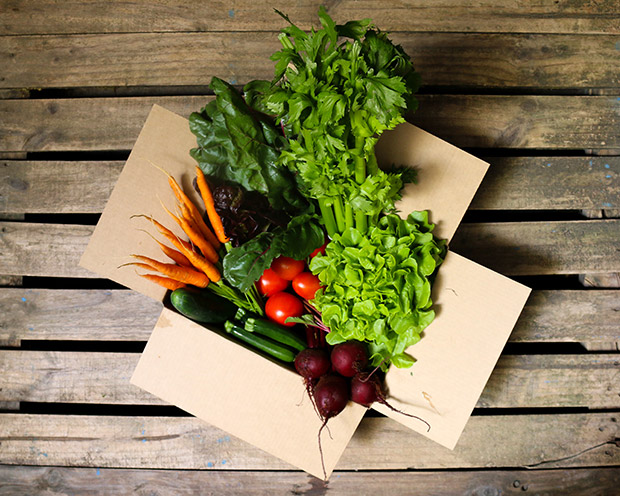 Customers select fresh salad greens, herbs, edible flowers, and a range of other vegetables, or receive a mixed box. It’s chilled, boxed, and delivered 24 to 48 hours after harvesting. The result is a product that “feels like you’ve walked outside and picked it yourself,” said the judges.

“The basil took us to Italy. The presentation was fantastic,” they said. The judges were also impressed with the company’s strong commitment to sustainability. Leafy greens are packed in New Zealand-made Econic EcoClear bags, which break down in compost in 14 days.