The planting layout of the country’s national arboretum, Eastwoodhill, near Gisborne, is undergoing a reshuffle to a 100-year plan.

Spreading across hilly land near Ngātapa, inland from Gisborne, are thousands of tree specimens in the most extraordinary collection of species outside of the northern hemisphere.

Not only are these trees beautiful for the public to visit, admire and learn about but, to the world’s dendrologists, the trees represent a great reservoir of future stocks should today’s apocalyptic threat — climate change — threaten them. That busy Gisborne farmer, Douglas Cook, the original green “mind” behind Eastwoodhill, had brought his experience of World War One home with him, though it seems to have been his recuperation from war wounds in England’s stately homes (converted to soldier hospitals) that made the biggest mark. He had learned to love the trees planted on those aristocratic grounds and, on his return, began planting in earnest.

By the mid-1960s, both Cook’s health and bank balance were at a nadir and Gisborne entrepreneur and philanthropist Bill (H.B.) Williams purchased Eastwoodhill. He intended to keep the collection in order and guarantee that everyone with interests in plants and trees could visit the arboretum in the future. A decade later, the government established by an act of Parliament that the Eastwoodhill Trust Board would manage the property Williams gifted into a trust, thus saving it for future generations of New Zealanders.

The 131ha of hill country are home today to more than 15,000 individual specimens of 2300 species representing all continents and posing a fascinating challenge for the latest custodian and his team. Curator Martin Weaver says there are three goals for the management and maintenance of Eastwoodhill. Planted in 2000, Millennial Wood was established to create a sizeable deciduous woodland, including acer, betula, castanea, cedrus, cercis, cornus, fraxinus, liquidambar, prunus and quercus among others chosen for their spectacular autumn colour.

The plan, 15 years in implementation thus far, is to care for the existing trees (many of which are more than a century old), improve the arboretum and educate visitors.

“Because Douglas Cook imported saplings, and they had to come long distances by ship, he tended to bung them in as quickly as possible as soon as they arrived. There was never a master plan to the way he planted; there is no order, no genus nor continental coherence,” he says. 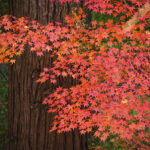 One of the many varieties of Acer palmatum (japanese maple) within the arboretum. 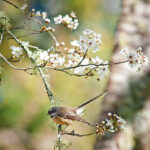 A pīwakawaka watches for tiny insects as it perches on the flowering branch of a cherry. 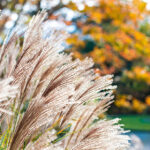 Shrubs, flax and grasses are plentiful around the arboretum, which hosts a comprehensive array from the renowned Renee Orchison collection. 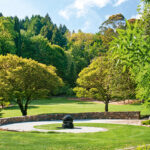 The Williams Memorial in honour of HB Williams, who established Eastwoodhill as a charitable trust, takes the form of the Fibonacci sequence.

Eastwoodhill is marching to a 100-year plan, which essentially involves walking trees into coherent continental groups. This ambitious goal requires a long, slow shift of trees (through propagation then replanting) into family groups representing their species and their geographic region of origin. Martin says Douglas Cook might yet be proved right in the arboretum being needed to repatriate trees to the northern hemisphere. The seeds and saplings become ever-more precious as threats of extinction caused by disease, such as ash dieback, occur in a changing climate.

The enhancement of visitor experience and education will help protect the trees and help provide a funding stream for Eastwoodhill. Despite its status as the national arboretum, no government funding is available. 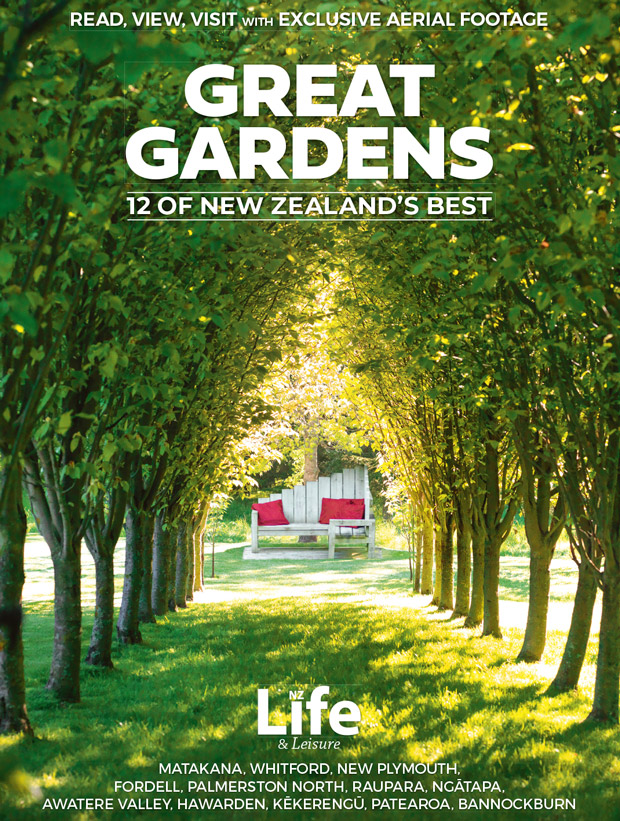