Why the first feed makes a lifelong difference to calves 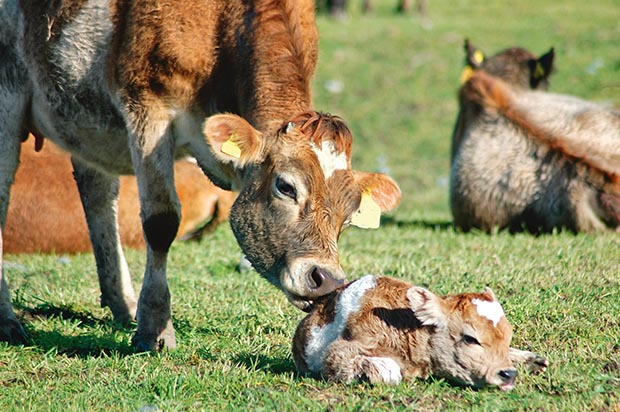 The health and performance of your adult cattle throughout their lives all comes down to the very first feed they receive in the hours after their birth.

When you look at a two year old cow, you might put her good health and production down to factors like good genetics, good feed, and good management of her growth from birth.

But one of the most crucial factors for the ongoing health and production of an adult cow and how much (or how little) she will have cost you in feed and veterinary expenses over her lifetime is down to the very first milk that she consumes.

“It’s very interesting,” says Dr Rosemary Milne, a long-time farm vet who is now a technical advisor for MSD Animal Health. “They did a study in the US where they looked at feeding calves 2 litres and 4 litres of colostrum (in the 24 hours after birth) and followed these calves all the way through.”

“It made a huge difference to them long-term, in terms of their health and their immune system. In the calves that received less colostrum, the vet costs were considerably higher, their production in the first and second lactation was lower, and they had a lower average daily weight gain. This demonstrates that colostrum has a lot of beneficial factors in addition to providing antibodies, that we’re only just beginning to understand.”

Calves are born with no immunity as they can’t absorb antibodies across the placenta like they can with a lot of other nutrients. Instead the cow puts antibodies into the colostrum and the calf has to drink that colostrum to get those antibodies.

The antibodies it receives will protect it for at least the first 3-4 weeks of life, helping it to withstand diseases in its environment, like the pathogens that cause scours, until it begins to produce enough antibodies to protect itself.

TIMING IS EVERYTHING
Getting colostrum into a calf as soon as possible after it’s born is important for two reasons says Rosemary. One is the quality of colostrum is at its highest in the very first milk made by a newly-calved cow, but there’s a second factor.

“The ability of a calf to absorb the antibodies in colostrum declines rapidly over the first 12 hours after birth and it’s gone completely within 24 hours. The calf needs to receive sufficient antibodies from colostrum within the first 6-12 hours, the sooner the better.”

Beef farmers don’t have as many issues with colostrum uptake as dairy farmers. Beef cows are bred to have good maternal instincts and will make sure their calf feeds quickly and often. But evidence shows that calves born to dairy cows do not ingest sufficient colostrum by suckling alone because the maternal genetics are much weaker. 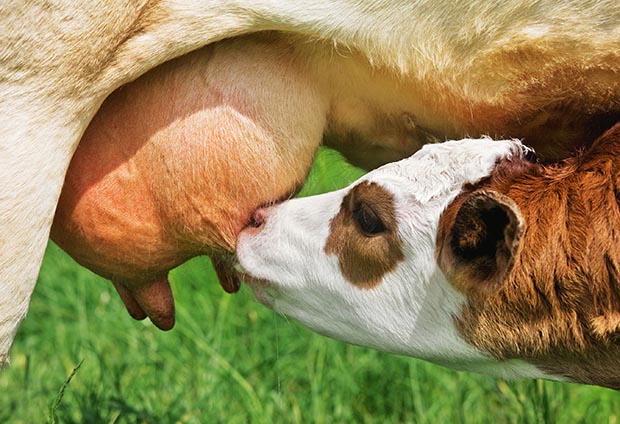 ARE YOU GETTING GOOD COLOSTRUM?
If you are buying in colostrum to feed to newborn calves, or want to test the quality of colostrum your cows are producing, you need a brix refractometer.

“Its costs between $50-$100,” says Rosemary. “You pop a drop of colostrum on and read a measure and if it’s above 22% it’s good quality, if it’s below 22% then it’s poor quality. Knowing that will influence you in how much you feed them, and also can indicate whether you are getting first milking colostrum.”

VACCINATION
The level of antibodies produced by the cow can be influenced by a number of factors, some related to the cow’s pre-calving condition, and others to management steps that you control.

Vaccination of the dam with Rotavec® Corona anytime between 3-12 weeks before calving will boost the antibodies produced in her colostrum, meaning more antibodies are available to be passed on to the calf. The effectiveness of vaccination still relies on good colostrum being produced by the cow, and transferred to the calf early. These are all important things to discuss with your veterinarian when preparing your management plan ahead of calving.

STORAGE CAN BE TRICKY
True colostrum needs to be treated carefully if you’re planning to store it for orphan or rejected calves, and it’s a challenge to maintain its quality says Rosemary. Each calf may need up to six litres so you can:

• store it in the fridge where it will last a couple of days;

• add potassium sulphate – a food preservative available from your vet – to the colostrum, then store it in the fridge where it will last up to a week;

If you choose to freeze it, then you need to know the tricks of defrosting it says Rosemary.

“The problem is the proteins (including antibodies) in it are quite delicate. If they get too hot they just melt (denature), they break up and are destroyed and it’s the antibodies you want to preserve. When you’re defrosting colostrum you want to do it as quickly as you can, without destroying anything in it.”

The best way is to use a hot water bath.

“You want a big tub of hot water at a maximum of 49°C – that’s roughly as hot as you can hold your hand in for 10 seconds before it becomes intolerable. That will make the colostrum (within a container) defrost at a reasonably swift rate that won’t destroy any of the proteins, but swift enough that you’re not allowing the colostrum to spoil.”

“Ideally, feed colostrum close to body temperature, in the early 30°Cs. When warming it up it’s really important to ensure that you don’t overheat it, you don’t want to destroy any of the antibodies.”

Once calves are older than 24 hours, if you’re using stored transition milk, you can gradually introduce them to cooler milk temperatures and they will adapt to feeding on colder milk with time. HOW TO FIND OUT IF YOUR CALF HAS GOT THE ANTIBODIES IT NEEDS
The best way is to take a blood sample says Rosemary.

“You can take a blood sample from a calf, and there are several measures that you can use to get an idea of what its antibody levels are, with varying degrees of accuracy.”

The test needs to be done in the 1-7 days of life. After that the result becomes harder to interpret, in part because the calf will begin to make its own antibodies.

COLOSTRUM IS PROBABLY NOT WHAT YOU THINK IT IS
Ask most farmers and they’ll tell you colostrum is the antibody-rich milk that a cow produces in the first four days after giving birth. But that’s not true colostrum says vet Rosemary Milne.

“Milk companies make you withhold the first eight milkings from the vat, and this milk is often referred to as ‘colostrum’ but this is misleading. Colostrum is truly the very first milk produced by the udder from that very first milking. Milk from subsequent milkings has a different composition. By the second milking it can have approximately half the antibodies and the antibody levels will decline further over time. When we talk about feeding colostrum to newborn calves we need to be talking about that first, first milking, not the milk that is produced after that.”

The confusion around true colostrum and what follows (referred to as ‘transition milk’) means many calves don’t get the level of antibodies they will require to protect their health in their first few weeks. There are also significant long term benefits to ensuring sufficient colostrum intake.

“We are diligently giving calves milk that we think is good, that we call ‘colostrum’ but it doesn’t have the level of antibodies that true colostrum has. There is a very small window of 12-24 hours in which calves are able to absorb antibodies and it’s really important they get true first milking colostrum which is as rich in antibodies as possible.” 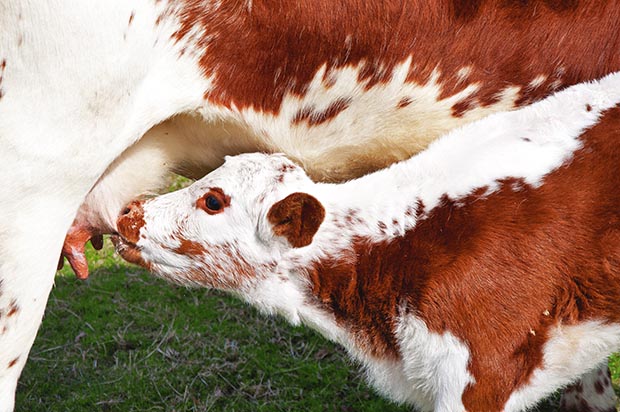 THE 3QS OF COLOSTRUM

Quickly
Ideally within the first few hours of birth, and definitely within 12-24 hours while the calf’s digestive tract is still receptive to absorbing antibodies.

Quality
The very first milk produced by a cow straight after birth is true colostrum which contains antibodies (against diseases) for absorption by the calf – the second milking won’t provide the same level of protection.

Quantity
A calf needs to ingest sufficient amounts of these antibodies, 10-15% of their bodyweight of colostrum within the first few hours of birth. For example a 40kg calf needs 2 litres at birth and a further 2 litres, 6-12 hours later.

5 AMAZING PROPERTIES OF COLOSTRUM
The thick, cream-yellow milk a cow produces in the very first milking after she gives birth has magical properties.

1 A calf is born with no immunity, but all the antibodies it will need are in that first milk, essentially transferring the mother’s immunity to her calf.

2 The concentrations of protein and vitamins A, D and E in true colostrum are initially about five times those of whole milk.

4 It has more than twice the level of total solids found in whole milk, through boosted levels of proteins and electrolytes.

5 It contains a chemical which allows newborn calves to use their own fat reserves to immediately provide additional energy.

Source: The importance of colostrum to newborn calves, Rearing Young Stock on Tropical Dairy Farms in Asia, by John Moran (2012)