From lawyer to pastry chef: Why Sarah Jhean left her legal career in Paris for the sweet life in Hastings 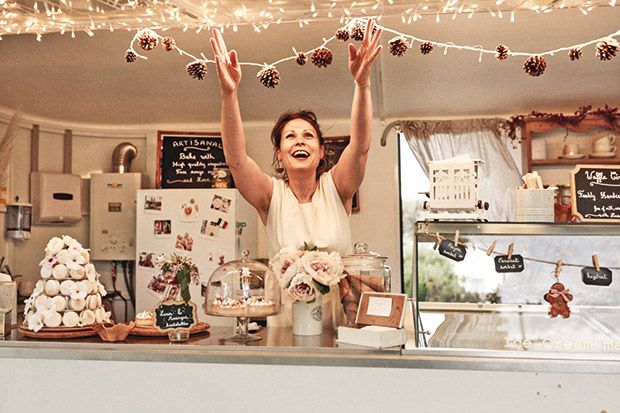 A pastry chef is constructing a slower, sweeter life in Hastings after bidding adieu to a law career in Paris.

Sarah Jhean, born in Paris, used to bake a cake with her mum every Sunday. “My very first baking memory is measuring out cake ingredients with a yoghurt container,” she says. Cakes, honey and other treats were exchanged with relatives living in Burgundy, where sharing food with other was encouraged.

Baking remained a hobby — and only a hobby — for many years. After studying law for five years, Sarah was hired as a lawyer for a renewable energy company, working on the 37th-floor of a glass building in Paris. She adored the law and her high-flying job for more than a decade.

Later, on a solo holiday in the United States, Sarah recalls delighting travelers she met along the way with homemade French delicacies. “It gave me so much joy that when I returned to Paris, my life didn’t feel as aligned anymore.”

Over the years, her employer became too power-dominated for Sarah’s liking. “The glass building began to feel like a prison, but I wasn’t quite ready to quit,” she says. Preparing for the national pâtissier exam seemed like a suitable (albeit challenging) distraction.

“Making pastries may seem easy but it’s like chemistry. You need to understand how ingredients react together.” She hit the books, studying and baking on top of a 70-hour work grind. On Sundays, friends ritually gathered in her pint-sized apartment to indulge in pastries she couldn’t possibly eat herself. Cake orders, wedding catering gigs and baking classes came soon after.

2017 From France to Down Under

Sarah often daydreamed of moving to an English-speaking country. In search of ways to practise the language, she stumbled across a bilingual culinary school. She applied and, months later, the acceptance letter tipped the scale in favour of a baking career.

In 2017, she resigned from her legal job, packed a bag for a quick Australian holiday, and prayed to the universe that Melbourne would feel like a future home. “It didn’t feel like home,” she says. That’s when Sarah found herself on a last-minute flight to Auckland, marveling at how nice the locals were, even on the plane. Then, a warm-hearted acquaintance living in Havelock North offered to pick her up from the Waikato for an impromptu homestay in Hawke’s Bay. Sarah took one look at the Hawke’s Bay Farmers Market and felt transported to her childhood trips to Burgundy. “There was such a strong sense of community,” she says.

Within a year, Sarah returned to Paris, completed a nine-month course at Ferrandi School of Culinary Arts and moved across the world to establish a life in Hastings. A fat chunk of her savings went towards fitting out a caravan with a kitchen worthy of her catering company, Mademoiselle Pâtisserie.

Following the path of like-minded culinary souls, she and her “dessert caravan” built a reputation among locals at weekend markets. These days, Sarah (who has no plans to return to France) caters weddings, high teas and other private events, with authentic French pâtisserie, including towers of macarons, brioche feuilletée, delicate tartelettes, European-style ice cream and homemade waffle cones.

She also connects with locals through baking classes, either in person or over video call, where she deconstructs the science behind a good éclair. “It’s about sharing my culture and values through my baking.”

Whipping up elaborate creations is a dawn-to-dusk gig but, for Sarah, work has never tasted so sweet. “My reward is when locals return to my caravan because they can’t get my brioche or ice cream anywhere else,” she says.

Follow fear. “When there is fear to do something, that’s exactly what you need to do. Every time I was afraid to make a decision, it was the right choice.”

Consider being your own boss. “Owning my company is challenging but it’s also pushing me in the best way possible. It allows me to create the life I want. I don’t want to be thinking about a future holiday while working — I want work to feel like a holiday.”

Trust your instincts. “When a decision about your career doesn’t feel like a big yes, it means it’s a big no. We all have the answers inside of us.” mademoiselle.co.nz