From news junkie to radio newsreader: How Mary-Jane Tomasi became a well-known voice in New Zealand 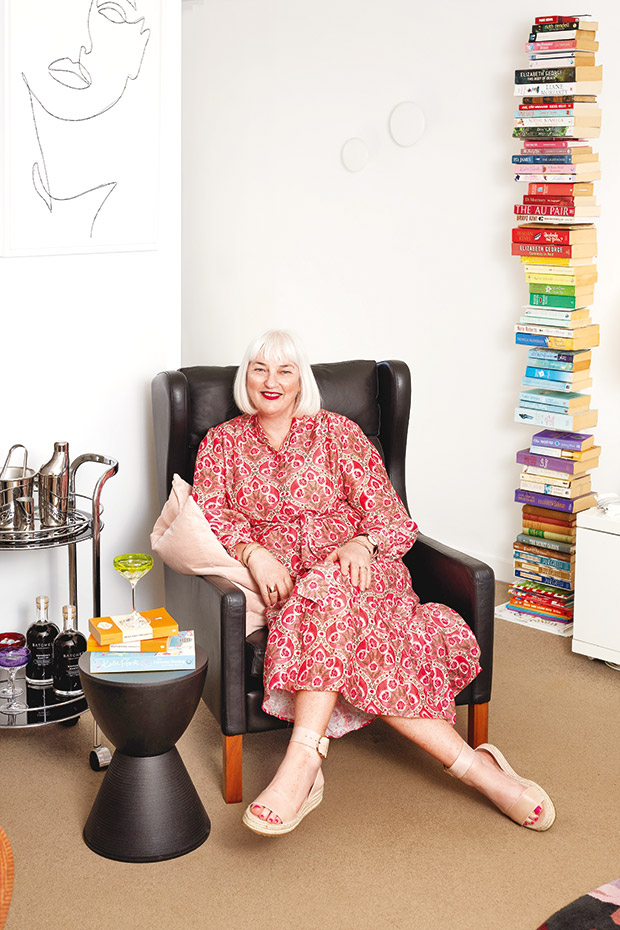 She never expected to be a radio newsreader, nor the voice of a mobile network. But these days Mary-Jane Tomasi is broadcast far and wide.

Mary-Jane has always been a news junkie. In her childhood home of Hari Hari, a small town south of Hokitika, radio and newspapers were a constant and comforting presence. “It was because we were so isolated,” she says. Her mum drove an extra 90 minutes each week so Mary-Jane could take speech and drama lessons.

Sight-reading, a technique for reading scripts with little to no rehearsal, proved to be particularly valuable. “Learning to read a piece at sight grounded me for everything I’d do later in life,” she says.

Mary-Jane, just returned from boarding school, applied for a trainee announcing position at Radio New Zealand (RNZ) in Greymouth. “I was so nervous I could hardly eat,” she says.

En route to the interview, she accepted a rum and coke for liquid courage from her friend Toby Clark. She followed it up with a second. “Rum was probably the worst thing I could’ve had — but I did get the job,” she says.

The young announcer fine-tuned her skills at the RNZ training school in Wellington and returned to Greymouth to host a variety of shows, including talkback and sport. Over the years, she explored other shows and mediums, once co-hosting regional television news programme The South Tonight (“that was quite stressful) and taking a job on a music radio station (“I wanted some fun”). After a brief stint at Christchurch’s C93FM, she was re-hired by RNZ to join its Auckland newsroom.

The 1980s saw significant changes for national radio. RNZ had begun rebranding its AM frequencies to talkback-oriented Newstalk ZB and music station Classic Hits became commercial. Mary-Jane shifted from announcer to newsreader, reading bulletins at the top of the hour.

“I love the excitement of a story developing in the newsroom. You either love it or are terrified by it,” she says. She eventually connected with longstanding newsreader Phillip Sherry, who recommended she co-host talkback show Reflecting On on Newstalk ZB on Sunday evenings. It was a confronting show that broached difficult subjects with callers. Mary-Jane had a team of counselors who were on call to help.

“I found I couldn’t sleep so after the show I’d ring my dad in Hari Hari,” she says. “He’d speak to me for an hour so that I could talk it through with someone.”

1990s Becoming the voice of Vodafone

The launch of BellSouth, New Zealand’s second mobile network organization, presented a unique opportunity for Mary-Jane. In 1993 the American telecommunications company approached her to do the voicing for their new mobile network.

“I hadn’t done anything like it — it was a lucky break for me.” She put her speech training to good use; every word had to be spoken in the same pitch, tone and speed. “The words were chopped up and put together in those days, so everything needed to sound identical,” she says.

Vodafone purchased BellSouth in 1998 and kept her on as its network voice. As a new mum, she was keen to take a break from radio to focus on motherhood. Vodafone, in addition to other commercial voice work, gave her the flexibility to do so.

As Mary-Jane juggled motherhood and voice work, changes were once again brewing in the radio industry. At MediaWorks, radio boss Mitch Harris was forming a team to launch news and talk station RadioLive. He was keen to offer Mary-Jane a newsreader position but, unable to reach her, called her mother instead. “Mum told him I could only work school hours and needed school holidays off. The conditions my mother set made it a dream at RadioLive.”

While she enjoyed the return to the newsroom, Mary-Jane found herself unsettled by the items she was reading. “There seemed to be a wave of terrible stories that started with the murder of the Kahui twins in 2006. I found it difficult to switch off, perhaps because I was older or had a child of my own. I needed an outlet that didn’t have those dark undertones,” she says.

In her spare time, Mary-Jane began helping friends brighten up their homes before being put on the market. “I can see now that home styling was my outlet,” she says.

Her personal touch eventually attracted the attention of paying customers, although she often spent any profits on stockpiling furniture. By 2017 she, husband Trevor and (now grown) daughter Katie launched MJT Property Styling as a full-fledged business. The family stages homes and apartments in Auckland. “It’s completely different from news. We become obsessed with things like cushions,” she says.

That’s not to say she’s ever kicked her news-junkie ways. Mary-Jane continues to read the news for the MediaWorks radio network on weekdays, including Magic Talk (formerly RadioLive). “Even after 40 years in the industry, every bulletin put in front of me still feels like a challenge.”

Be kind to everyone. “This country is so small that you can’t afford to make enemies. I’ve always remembered the people who have been kind to me.”-

Your career should feel right. “Find something in which you have a skill or natural talent. Many people like to challenge themselves, and while I do too, I’m much happier when I do something that feels right. I don’t think I could have done this for so long if I didn’t love it.”

Be respectful. “When I’m reading the news, I’m always conscious that the story is about someone’s life. That story is their personal experience.”