From Whangārei to Europe: This flexible performer jumped through hoops to join the European circus


A young contortionist knew her working life wouldn’t be spent cooped up behind a desk in a nine-to-five job.

Emma Phillips loved performing on stage as a child and dreamed of being a ballet dancer during her years at Whangārei Girls’ High School. “I guess you could say I love showing off,” she says. She saved “performance careers” as her top Google search after seeing the Cirque du Soleil at age 15, opening her eyes to opportunities beyond traditional ballet. 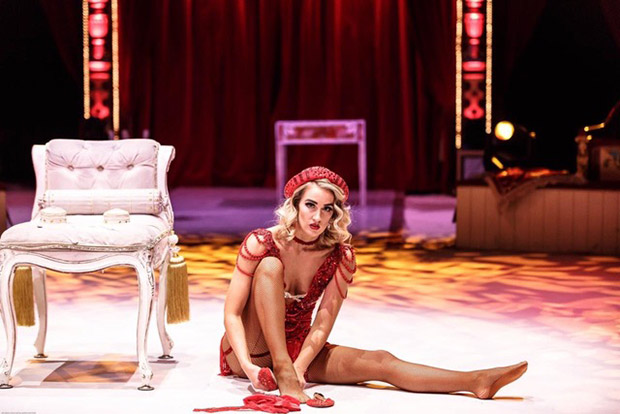 She enrolled in the Diploma of Circus Arts at Christchurch Polytechnic Institute of Technology to study aerial hoop, foot juggling and adagio (partner acrobatics). Emma then joined Circus Aotearoa for five months before being invited to attend the Beijing International Art School. She was one of 15 foreigners among 500 Chinese pupils, majoring in foot juggling and contortion.

Emma has always been flexible; from a very young age she could do the splits and high kicks with ease. But in Beijing she learned that the art of contortion takes years of training to reach the level required to perform internationally. She spent two summers with Fuse Circus in Wellington before returning to China to fine-tune her act at a distinguished acrobatics school. She spent more than a year living in the small village of Wuqiao (south of Beijing). The experience pushed her body to the limits and required mental strength. “No one spoke English. I didn’t really have internet or contact with the outside world. It was the most formative time of my life,” she says.

Emma set her sights even further across the globe after returning to New Zealand. She dreamed of joining the ranks of circus acts in Europe, to juggle and twist among world-class performers, comedians and musicians and showgirls at elegant dinner shows in restored theatres. Emma began emailing videos of her foot-juggling act to theatre directors as far away as Russia and Spain.

“You have to ‘sell’ your act to directors,” she says. “They could be getting hundreds of emails a day so you have to give them something different.”

In 2014, she was offered a theatre contract in Finland, followed by another in Venice. Emma has moved from city to city since to perform her foot-juggling and aerial hoop act for 2-3 months at each theatre — sometimes with less than one day between contracts. 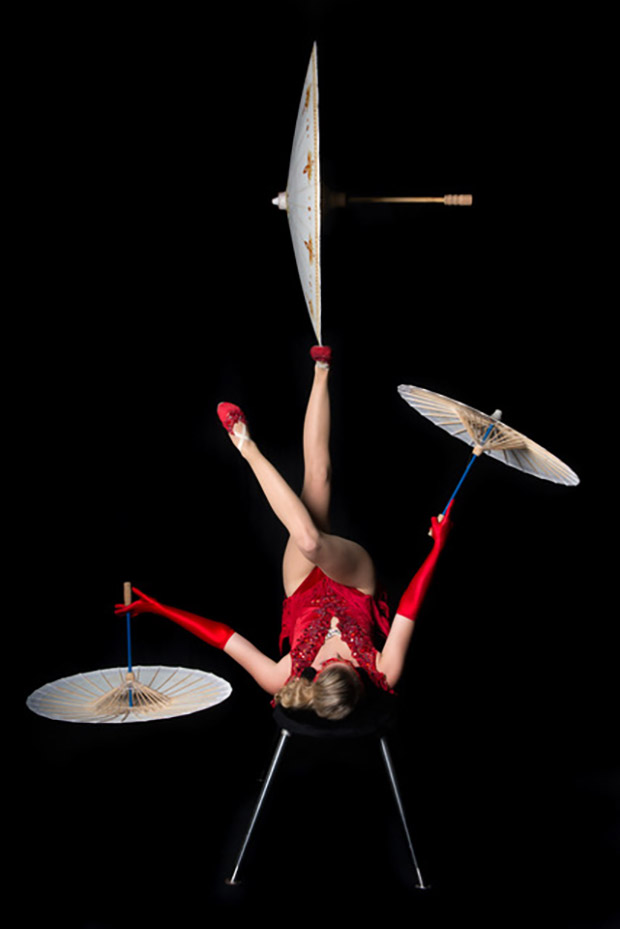 Such contracts included “bucket list” theatres such as the GOP Varieté, Friedrichsbau Varieté, Roncalli’s Apollo Varieté and cruises with the luxury liner MS Europa II. Crowds would applaud as Emma, dressed in a cabaret-like costume, would flip upside-down to gracefully toss Chinese parasols or tables into the air with her feet.

In February Emma took another stomach-flipping leap in her career and she began training for a one-year tour with Circus Roncalli, a German troupe known for (cruelty-free) animal holograms and sell-out shows. But on premiere night, pandemic restrictions on group gatherings forced the circus to postpone. Emma returned home to join her sister in Whangarei, where she plans to ride out Alert Level 3 with her niece and newborn nephew. After that? The show must go on.

“The arts have served as a source of inspiration for society during many challenges throughout history,” she says. “Our job as artists is to provide a moment of relief or pure pleasure when that time comes.”

We met Emma through her sister Cheree (Insider’s Guide editor) and we were enthralled when Emma visited us and put on a dazzling display. My heart was in my mouth as she did warm-ups on our boardroom table with her head facing one way and her legs over her back, feet resting by her head. It is hard to describe – imagine doing it.

This story was originally published in the January/February 2012 issue of NZ Life & Leisure.