A new way of treating a former by-product catch is tickling taste buds — and winning at the Outstanding NZ Food Producer Awards of 2020.

Kahawai is a feisty fish, known for putting up a good fight and testing the skill of anglers. It is often overlooked by chefs and foodies favouring traditional white fish such as tarakihi or snapper/tāmure. 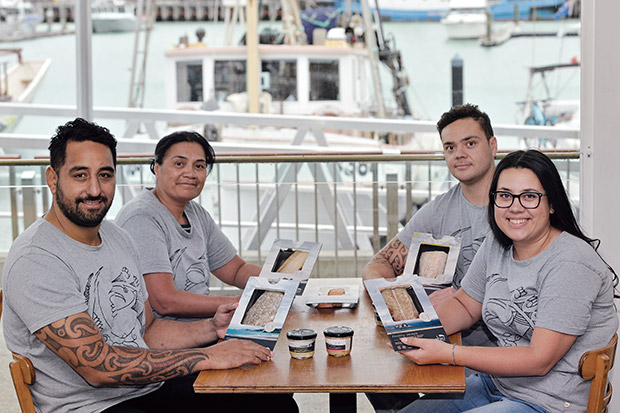 “The seafood industry is very competitive, but stubbornness and unrelenting determination are Ngāti Porou characteristics. We never give up, a bit like the kahawai.”

“Kahawai is so underrated; it can be beautiful with the right preparation and smoking technique. We fillet, brine and smoke our fish when it’s fresh and glaze each piece with mānuka honey by hand; you can taste the love.”

Kahawai is important to Ngāti Porou, the iwi of the East Cape and Te Tairwhiti/Gisborne. The fish is abundant in the area, and for centuries iwi has eaten kahawai. While traditionally it was dried over a campfire, these days it’s smoked in a high-tech facility in Gisborne.

More stories you might like:
What is aquafaba? How to cook with the vegan substitute for egg whites (plus: how to make vegan chocolate mousse)

Kahawai is listed on Forest & Bird’s Best Fish Guide 2017 as one of New Zealand’s most abundant fish. It is indicative of Ngāti Porou Seafoods’ environmental focus on creating diverse products from sustainable species.

Nothing goes to waste: the fillets are smoked, the fish offcuts become Ahia-brand fish spreads, and fish heads and entrails are sold as crayfish bait in the company’s Gisborne seafood retail store Real Fresh. The honey for the smoked kahawai is sourced from iwi-owned mānuka honey producers at Awatere Station in Te Araroa.

“First and foremost, we must maintain the ability for the whānau to come to get a feed from the sea,” says Ken. “If we didn’t look after our ocean, we would get a kick up the a*** from our aunties up the coast.”