From yolk to shell: The curious process of how a hen produces an egg 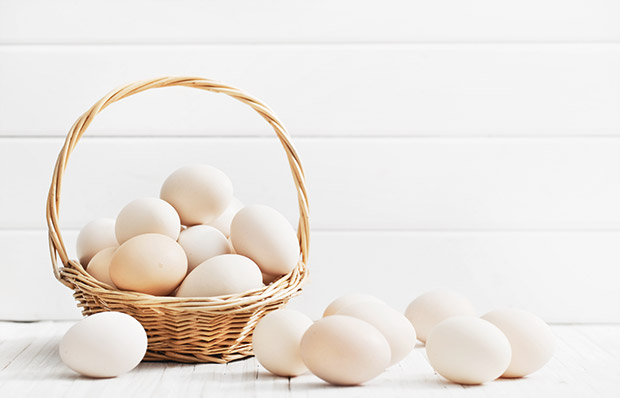 How a hen produces an egg is quite eggs-straordinary.

The average 2kg hen will lay eggs that weigh around 55g. Occasionally, you might find a double yolker weighing 70g or so. So you can feel for the White Leghorn hen which the Guinness Book of Records claims laid the world’s largest-ever egg. It was recorded as weighing 454g. It was an egg-within-an-egg. When the shell was cracked, there was a second complete egg inside, containing two more yolks.

The production of an egg is usually a 25-26 hour process. The yolk begins its journey 10 days before it is encompassed in a shell. It swells from quite small to the size you find when you crack an egg open. It then heads into a funnel where it is fertilised, if there is sperm present.

Next, it goes into the oviduct where it will stay for 15-20 hours as it works its way through the 70-80cm-long tube. Glands produce the albumen (the ‘white’), the membranes that surround it, and the shell. The first 40cm or so is dedicated to adding layers of albumen or the ‘white’. It’s mostly water, but around 10 percent is a mix of proteins, designed to feed a developing embryo.

When the egg reaches the shell gland, the albumen is ‘plumped’ up, increasing in size by almost half again. This is mostly water, and a mix of sodium, calcium, and potassium. Membranes form around it. 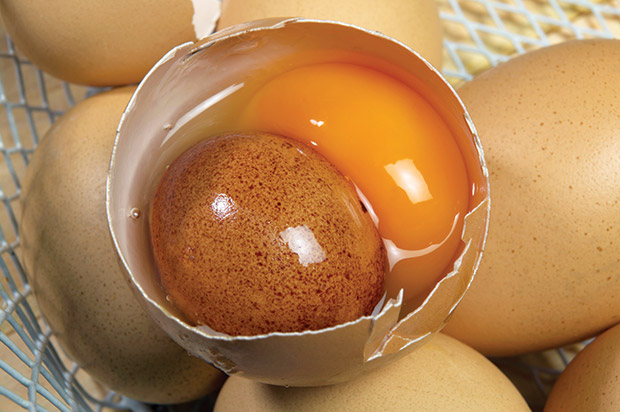 All egg shells are white at this point, a matrix of interwoven protein fibres, calcium carbonate crystals and a cuticle. The asymmetrical-tapered oval shape is an evolutionary feature designed to help the eggs fit snugly together in a bowl-shaped nest and prevents them from rolling away. The curves also provide strength to the brittleness of the shell.

Whether an egg is then coloured depends on the genetic make-up of the hen. The colour is a coating applied to the shell in the last few hours before the egg is laid. For brown eggs, it’s a pigment called protoporphyrin which is derived from haemoglobin in blood. It is not part of the shell and can be rubbed off or scratched by nest materials while it is still wet on a freshly laid egg. The less pigment, the paler the shade of brown, but some genes may also dilute or inhibit the amount of pigment.

The depth of colour can also be influenced by:
• the age of the bird (older hens produce less pigment);
• by the stage of lay (eg, eggs laid at the start of spring will be darker than those laid later in the season);
• by excess sunlight (vitamin D) which can cause birds to lay paler eggs that genetically would usually be darker brown.

To get an egg-within-an-egg, scientists suspect that the previous day’s egg is held up inside the shell gland, possibly even going backward. It bumps up against the next egg coming through, and a second shell is laid down over the first.

The cause of an egg-within-an egg is not known. Experts speculate it may happen if a hen experiences some kind of stress just before she is due to lay, such as frightened by a loud noise or a predator.

More stories you might like:
How this Tūākau farmer trains his racing pigeons to fly 1300km in a single day

8 practical things to consider before selling eggs for profit

5 common egg imperfections and what they say about your chickens