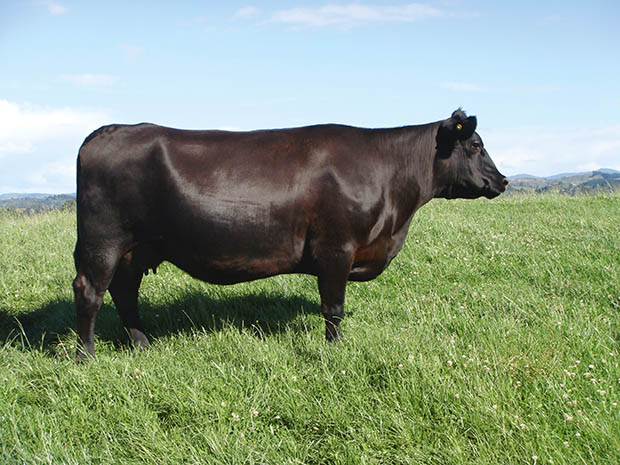 NZ Life & Leisure proudly supports the annual Outstanding NZ Food Producer Awards. With 150 entries, from the Catlins to Kaitaia, the judges were spoilt for choice.

The other category winners are:

“By telling the stories of clever people who create or harvest high-value high-quality produce and products, NZ Life & Leisure does its bit to bring increased wealth to our country. These people create value in our export market and add to our tourism offerings as well as providing us, the domestic consumer, with wonderful experiences. I know you’ll enjoy meeting this crop of fine producers, and learning about their products. We salute them and we support them.”

There are two winners in each of the four award categories (Dairy, Earth, Paddock and Water), one for the best primary product, the other for the best-crafted product.
A special award, Spirit of New Zealand, was also made this year to recognize Keewai for its live freshwater crayfish. There was no award made in the Water Crafted Product category.

The succulent sweet flavour and plump texture of Cloudy Bay Clams’ diamond shell surf clams was a hit with our judges, one of whom claimed the taste took him “straight to the ocean”.
Equally impressive is the story behind the wild harvest. The fishery, now managed under the quota system, was established more than 25 years ago by Ant Piper who developed the means to gently lift shellfish from the seabed beneath the turbulent surf line at Cloudy Bay. His “winnowing clam rake” uses hydraulic technology to protect the substrate from damage, while a GPS mapping system ensures the fishery is well managed with plenty of breeding stock left in the “paddock”.

The fully integrated business is certified by the international sustainable seafood scheme Friend of the Sea, and managed in Marlborough by Ant’s sons Isaac (below) and Aaron. 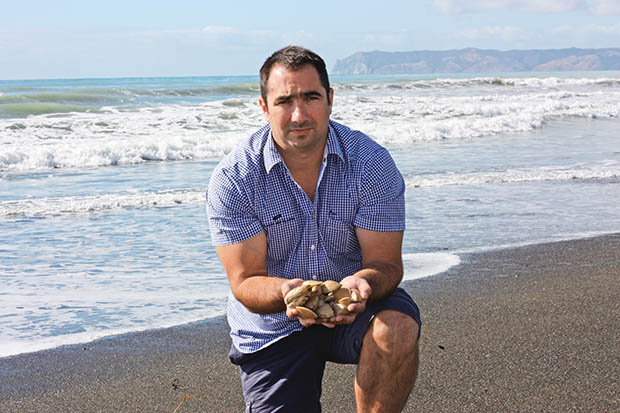 The diamond shell clam is one of four species taken from three harvest areas (in Marlborough, Manawatu and Canterbury) and delivered to holding tanks where they are purged of sand and grit by a constant flow of fresh seawater. The final product, sold locally and overseas, is a prime example of seafood at its best: fresh, clean and sustainable.

Anyone who thinks all milk tastes the same needs to try the milk from the Vosper family farm in Matamata. It’s jersey milk so it’s naturally creamier but there’s more to it than that. The judges agreed: this is milk that tastes like milk used to.
Perhaps that’s because it’s produced by dairy farmers who farm like they used to – organically, without pesticides, herbicides or imported fertilizers and none of that palm kernel extract. Their pedigree A2 herd is grass-fed on mixed pasture that’s managed to conserve water and reduce nutrient leaching. The milk they produce is pasteurized but not homogenized, and it’s bottled on-farm in an energy-efficient purpose-built dairy. 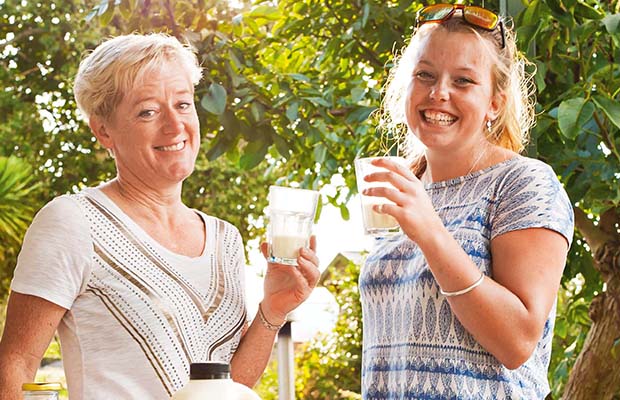 The family is descended from the farmer who first introduced the jersey breed to the district. “For five generations we have been custodians of the Cleavedale Jersey farm,” explains Laura Vosper. “We love the land we live on and the animals that share it with us. We take pride in producing a top-quality milk. In a world where so many want to rush, minimize or mislead, we believe in honesty, patience, generosity and doing all that is needed to let nature do her magic.”

“OMG words fail me,” said one of the judges after tasting Whitestone’s Vintage Windsor Blue Cheese. Another declared it her death-row meal of choice. The buttery mouthfeel and complex flavours running through the veins of this cheese made it an absolute standout.
Whitestone’s CEO Simon Berry (below) was pleased to hear it. His company is particularly proud of its vintage blue; he says it’s been “raising eyebrows” internationally and later this year will be on the shelf at Laurent Dubois, one of the great cheesemongers of Paris. 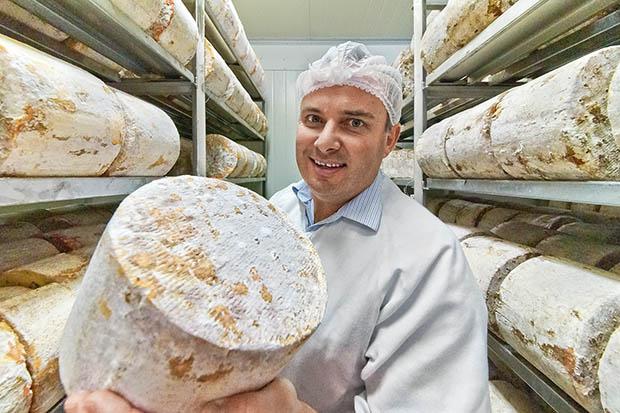 So what makes it so good? It starts with the milk produced by cows that graze pasture raised on limestone soils, similar to those found near Bath, where stilton is made, and roquefort in France. The blue culture that gives the cheese its flavour is Whitestone’s own. Developed from the same strain found in the Roquefort caves, it has its own distinct flavour profile and a particular sweet finish.
The flavours that are present in the Vintage Windsor Blue become more complex after six months’ maturation and the texture changes too. “So what you get is a cheese that’s gutsier, with a smooth texture, like velvet.”

Brent and Amanda Daw  grow 80 varieties of heirloom tomatoes on their Waitakere property, Farm Eighty4. Some are grown on just a couple of plants, others were planted by mistake, but those that make the pick are so gorgeous they cause fights at the Parnell market, where they are sold. “Especially when we don’t have very many, you can see the squabbling”, says Amanda. 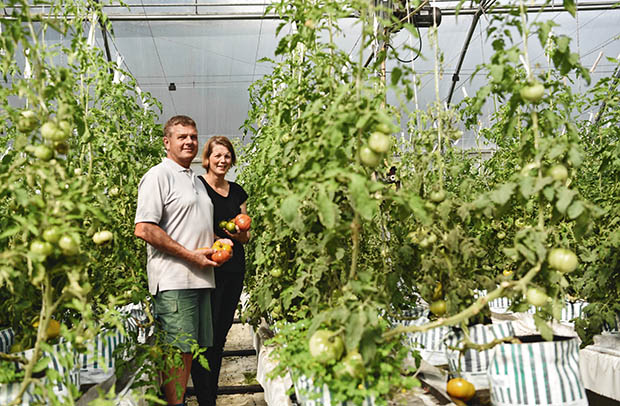 Chosen for their “vintage DNA”, the tomatoes are grown in coconut husk, kept mainly spray-free and picked from the glasshouse at optimal ripeness. Our judges loved the variety of shape, size and colour. Randomly picked from the box, they were firm to the knife, bursting with juice and each was noticeably different in flavour.
We found it too hard to pick a favourite but Brent the grower says his current pet tomato is a black variety called “tula”. “It has a very earthy flavour, quite meaty, good in a sandwich.” Look out for it at the market, but get in early – and watch your back.

Combine Fix and Fogg’s famously hand-crafted peanut butter with Whittaker’s 62 per cent dark ghana chocolate and you get not so much a marriage of flavours as a wickedly naughty affair. Well roasted, slightly salty and deliciously crunchy, the Dark Chocolate Peanut Butter is the grown-up version of a spoonable peanut slab. 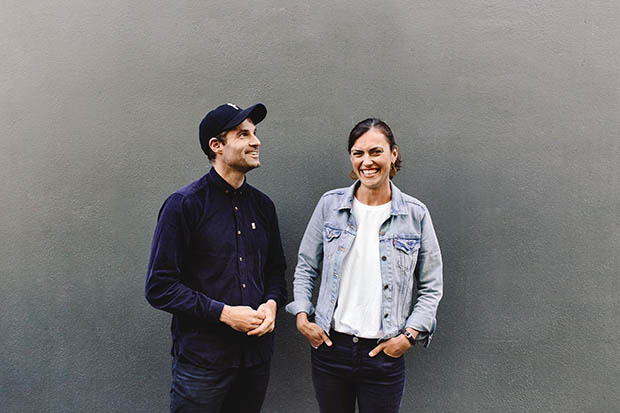 It could be ruinous, straight off the spoon, but there’s a feel-good factor in knowing it’s made with heart. Fix and Fogg is owned by Roman and Andrea Jewell (above), both lawyers who left the rat race behind when they set up their tiny nut buttery in a Wellington laneway. Part of the Conscious Consumers Network, they are committed to recycling packaging and reducing food waste. Local Wellington deliveries are made by bike and they give back to the community by regularly donating product to food banks and charities.
The business has recently expanded into a new factory but the range is still made by hand and the original basement premise in Eva Street remains open for casual sales. Knock on the window and bring your own spoon.

When chef, consultant and Prodigal Daughter Rachel Priestley (below) returned to New Zealand after many years working in Italy, the thing she missed most was the fresh and cured artisan meats. “I noticed a lot of imported charcuterie in New Zealand but nothing made with our amazing quality beef, lamb and free-range pork. I missed the quality stuff from Italy so I started producing for myself at home and then it turned into a business.”
Now based in Wairarapa, The Prodigal Daughter makes fresh salsiccia (sausage) and cures whole cuts for pancetta, coppa, bresaola, guanciale and prosciutto. She uses traditional methods with no preservatives, sugars or nitrates, and she’s just as fastidious when it comes to sourcing the meat. “I use wholly free-range meats from local farmers who I know and trust and who show respect for their animals and the terroir.” 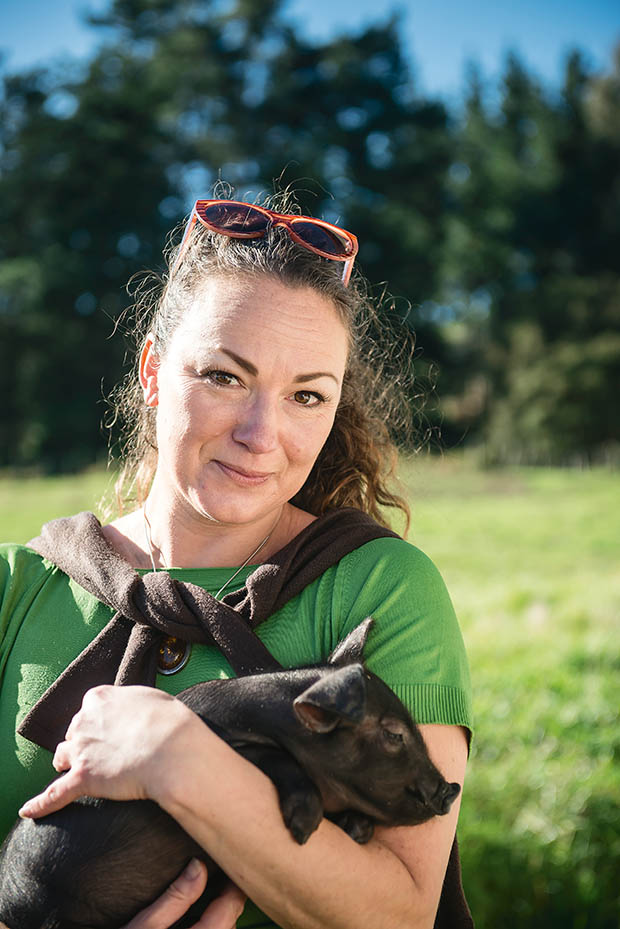 Naturally sweet, well-seasoned and spiced, her wafer-thin slices of fragrantly cured coppa and bresaola elicited sighs of happiness from the judges, but the product they declared the winner – by a pig’s whisker – was the Spicy Sicilian Sausage. A coarse-cut, pork salsiccia, it is enriched with back fat and spiced with cumin, coriander, three types of chilli and four types of paprika. Hot off the pan it was praised for its juicy texture and authentic flavour – a taste of Sicily made in New Zealand.

It’s been said that the best way to ensure the survival of a threatened species is to farm it. It sounds audacious but that’s exactly what’s happening in the forests of Otago and Southland where a forestry company is stocking its fire ponds with freshwater crayfish.
It’s a project that makes perfect sense to the shareholders of Ernslaw One. The good tasting, high-value koura – brand-named Keewai – provide an additional income stream using infrastructure that is already in place and only of use in the event of a fire. But what started as a business idea has turned into an enlightened conservation project. 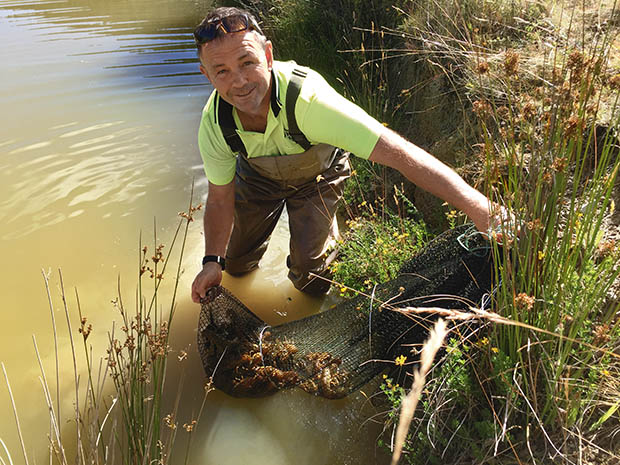 The company has developed hundreds of its ponds into suitable habitats. It has a breeding programme that in conjunction with sustainable harvesting ensures the ponds are well stocked; it has offered seed stock to Ngāi Tahu for stream restoration projects and it’s working with iwi to help them develop koura farms of their own.
Key to the success of the project is the quality of the product itself. Our judges cracked into a pot of freshly steamed Keewai and after much licking of fingers declared them “fresh and delicious with a subtle flavour and beautifully soft flesh”. That’s testament to the way they are farmed – naturally, in remote locations, in clean water, eating only what they forage themselves.
The Keewai project is an outstanding story of ingenuity and innovation – a worthy winner of our inaugural Spirit of New Zealand award.

Close Contenders
Judges assessed these products as being outstanding  but there could only be one winner per category.

Earth Crafted
Paneton Flaky Puff Pastry: “A genuine product where you can smell and taste the butter and the love that has gone into making it.”

For a full list of finalists go to outstandingfoodproducer.nz