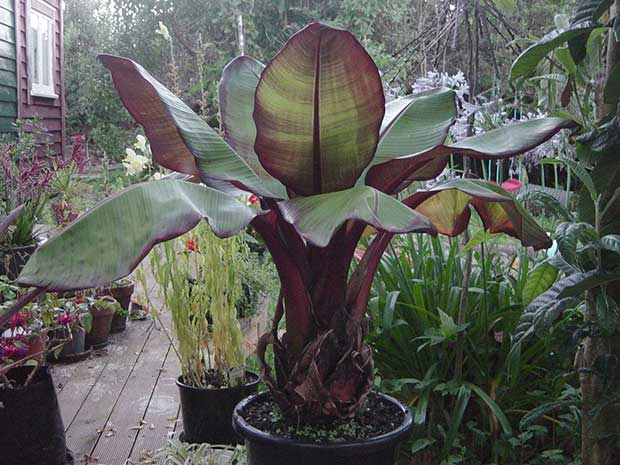 This tropical plant is a great survivor in more places than you’d think.

Pictured above is my red Abyssinian banana (Ensete ventricosum ‘Maurelii’) grown as a successful bonsai to about 1 metre tall. I had it for many years until the frost got it, or maybe it was the drought. These plants will grow to 6m in a high rainfall area if properly fed and mulched well.

Most of the north-facing, coastal North Island is suitable for growing bananas thanks to it being an actual Pacific island, something we sometimes forget.

The banana tree at your grandma’s house is nearly always one of those old-fashioned Samoan banana varieties like Hua Moa, or a Cook Island plantain (Musa acuminata).

Banana palms, as they are known in the south, mostly grow better near the sea (perhaps they like salt spray?) and are easily transplanted by digging up the huge bulb in winter, as if it were a giant daffodil. 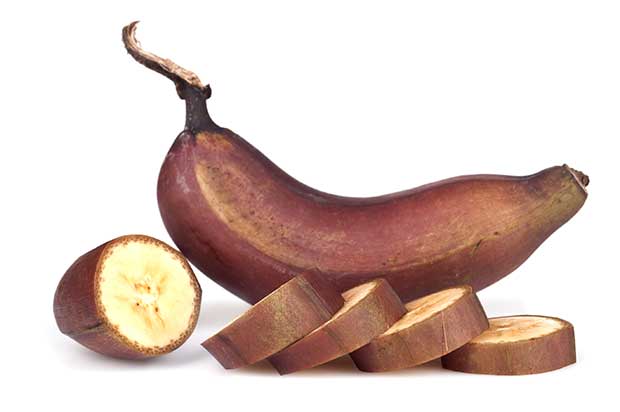 What Abyssinian red banana fruit would have looked like.

My neighbour arrived one day with one in a wheelbarrow and we buried it near the back door, sheltered by the house. My place is south of Arthurs Pass so it struggles here, growing a huge leaf in just one week in summer, only for it to be ripped to tatters by a gale.

Twice in 20 years it has flowered and fruited tiny yellow ‘lady finger’ bananas with no middle, a great talking point.

Before the fruitlets comes a beautiful, complex floral display. One of my spectacular banana flowers came complete with a resident red spider, which I assume is part of the pollination technique in the Westland area.

I have tried and tested both the red Abyssinian and the plantain varieties in our harsh coastal South Island conditions. I can report both can recover from what you’d think would be a killing blow of a -7°C frost. Both like a heavy mulch with extra potassium (seaweed, fish emulsion), and I’d recommend throwing your grass cuttings and compost around the base regularly. 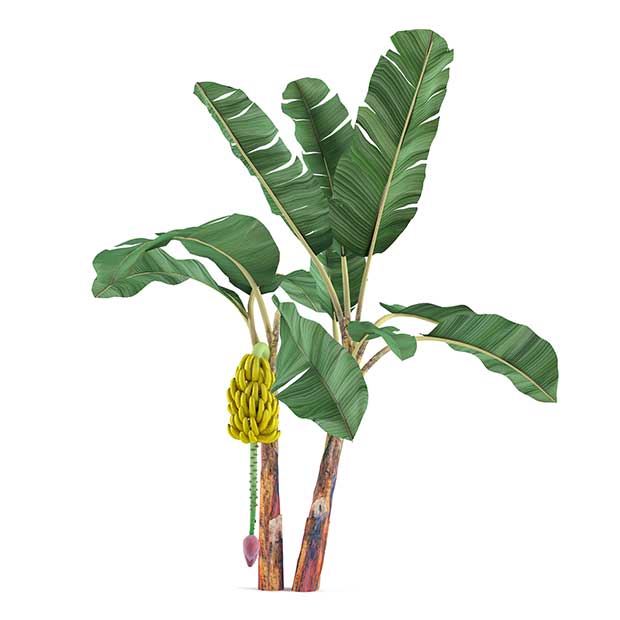 There are many successful, beautiful experiments with bananas growing north of Auckland and in the more tropical areas of the country, both ornamental and edible.

Check out the Auckland markets for fresh produce direct from the growers, and ask them what varieties they’d recommend for your area.

You can find the banana flowers at the Avondale Market, wrapped and sold for eating as a Vietnamese delicacy.

You’ll find boiled banana served as a Pacifica food at Otara’s weekly markets. Most people in the tropics who eat fresh bananas cook them as a sweet vegetable, and they are often sold completely green for this purpose. As a landscaping feature, these plants are fabulously architectural. They will never become widely commercial like the olive or the grape, but their presence in any orchard adds dignity and a Pacific identity.

They look great in a group, and I think they make the weather several degrees warmer, just by looking at them.

If you want a tropical-looking plant that also produces fruit, try the banana. They can almost be persuaded to grow inland if they get plenty of all-round shelter and organic material.

• Research is being done to find a variety for commercial production in New Zealand. The Bodles Wainui banana is a hybrid, a cross between the Pisang Awak Indonesian mountain variety and the Fijian Blue Java, but their fruit size is smaller than cheap imports so they remain a specialist item for now.

• There are some very good varieties offered by nurseries like Nestlebrae Exotics in Kerikeri, including lovely ornamental ones with red and purple flowers.

• The Ethiopian Red banana is from a mountain area, so it is a ‘tropical alpine’ and handles frost in winter.

• There are good reports of the survival of the Japanese ‘Hardy’ banana (Musa basjoo) which tolerates the occasional snowfall if properly prepared and mulched. 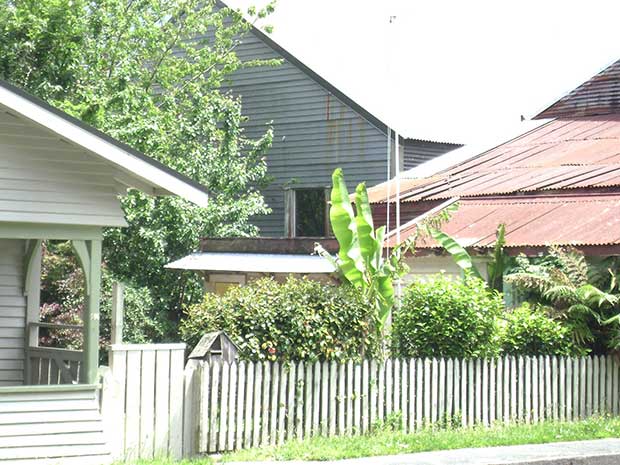 1. I get good results and the most plant growth using seaweed and ocean-based products, with all their potassium and trace elements.

2. Liquid seaweed fertiliser added to your watering can has truly magical effects on newly-transplanted seedlings. There seems to be a link between seaweed fertiliser and an increase in frost tolerance too, perhaps because seaweeds supply so many essential trace elements that the plant’s health is fortified overall, helping it to better resist climatic challenges.

3. After fruiting, cut down your beloved banana stem – it has done its dash. Sorry, but that’s what you’re supposed to do; think of it as a gigantic form of dead-heading. It will stimulate a new banana tree to grow from the bulb, next to the old one. If you are lucky they will sucker a little and you will get a good clump.