A guide to growing, preserving and starting capers from seed 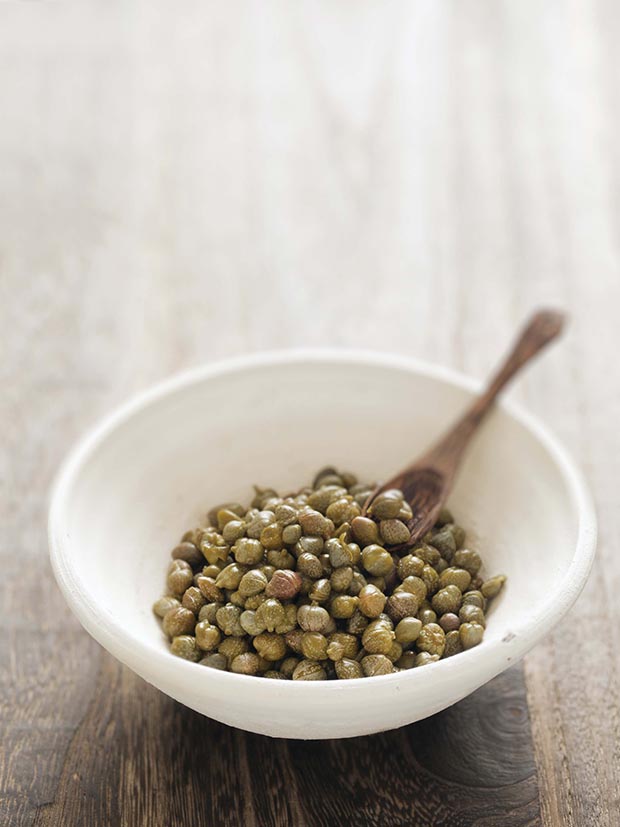 They’re small but pack a piquant punch to a dish, and it is possible to grow them in NZ, if you know what they like.

It’s funny really, that for all the vineyards and olive groves up and down New Zealand nobody has yet tried planting another classic Mediterranean crop – not to mention ingredient – and a snug fit with our own tireless love for all things faux-Med.

Capers, even on the most modest scale, are such a classic plant for the frugal and time-poor grower, and they have a fair bit to offer too, being colossally hardy, long-lived, drought-tolerant and most importantly, prolific. But despite producing one of the most recognisable ingredients of Western cooking, most people wouldn’t recognise a caper plant if they tripped over one, which in its natural habitat is quite possible.

If you’ve toured any of the great archaeological sites of Southern Europe such as the Acropolis, the Roman forum or Pompeii, you will have blithely stumbled over, under and around hundreds, if not thousands of wild caper bushes. They are the dominant weeds on old masonry, often growing many metres up crumbling walls and ruins in soil-less, sun-baked and relentlessly windswept conditions. Little else, not even the rampant and regionally invasive prickly pear cactus (Opuntia ficus indica) suffers such punishing conditions gladly.

Caper buds are harvested from the wild by a few high-end artisan producers, but most are grown in large and carefully managed ‘orchards’. Because capers cannot be harvested by machine, large scale production is mostly based in countries with low labour costs such as Tunisia, Morocco and Turkey. 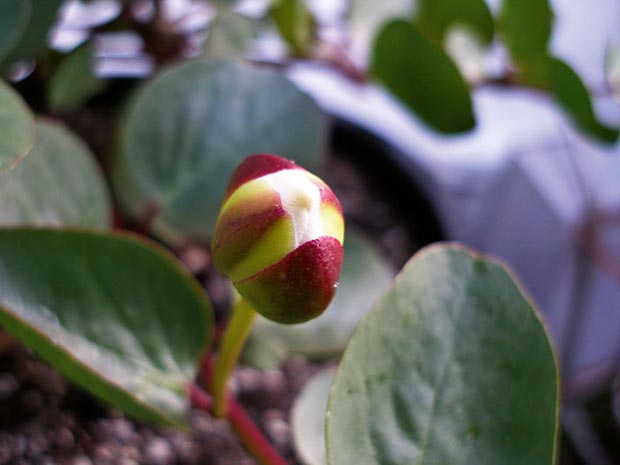 GROWING
Kings Seeds is one of only two suppliers of caper seed in New Zealand, and its owner Gerard Martin shares my vexation at the lack of caper plants sold or even being grown locally. He puts it down to difficulties in coaxing the seeds from their infamous dormancy. “There’s an art to getting them started alright, and even when you’ve got it licked, a bit of luck could come in handy too.”

Once up though, caper plants are almost indestructible. They’ll tolerate temperatures well below zero for extended periods and won’t so much as wilt when the mercury tops 50°C. They can, and seemingly prefer to, grow in rocky fissures without a hint of soil, and once established will get by without water for months on end. CAPERS AND ME
I’m a consumer in the most literal sense and capers have always had a special place in my heart and belly with their fine membranous texture and nuanced flavour, at once pungent, sharp and delicately perfumed. The idea of growing them first got under my skin after reading about South Australia’s burgeoning boutique caper business in the food-porn classic Maggie’s Farm by the heroic and ever-hungry Maggie Beer.

Straight away I realised that if capers could be grown in Australia then they’d at least cope some places here too. I scoured all of the quirkier nurseries at length, but came up blank. I learned from MAF (now MPI) that caper plants had been recorded in New Zealand and that at least one importer had sold the seeds in the 1980s.

In spite of all these dead ends I was heartened to know that thanks to precedent, I’d be able to import caper seeds with little rigmarole if I could find a supplier. But it was the very early days of the internet and sourcing seeds online was no easy matter. The horticultural industry didn’t exactly leap onto the web bandwagon, and the few who were web savvy weren’t keen to ship internationally. Adding to the problem, I was searching for seeds that didn’t seem to exist in commerce anymore. Slowly but surely I abandoned the chase. 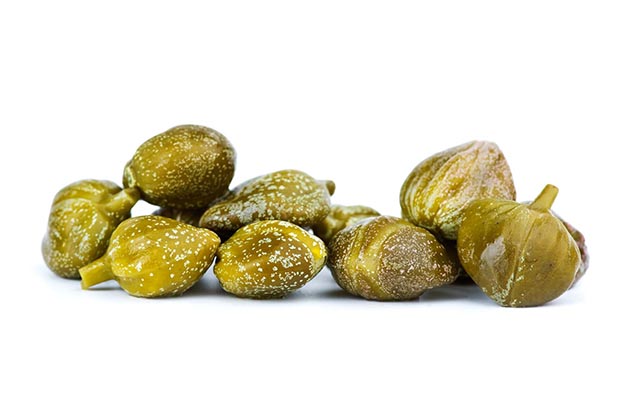 A few years later I was travelling in Italy, walking around a ramshackle old ducal palace near the town of Brescia when something caught my eye. Growing from the stone work was an oddly familiar, weeping, coin-leafed plant with intricate, violet-tinged and snowy white flowers. It was a caper bush, complete with actual caper buds.

After that, I saw them everywhere, all over Italy on crumbling exposed walls and ancient limey ruins. The plant I had coveted and obsessed over for so long was a common and rather derided weed in Italy. This certainly explained the consistently bemused reactions I’d got when asking for ‘seme di caperi’ (caper seeds) in Italian garden centres and hardware shops. A few weeks later, while exploring Pompeii and when I should have been gawking at ancient wheel ruts and frescoed brothel ‘menus’, I was again distracted by capers. The plants here had finished flowering and were covered in ripe fruit or caper berries. In their immature form these are pickled and used to passable effect in pasta dishes, salads, pizza and so forth.

The ripe fruit are edible, even out of hand, but with their snotty yellow pulp and fetid ‘old cheese’ flavour they’re unlikely to catch on any time soon. 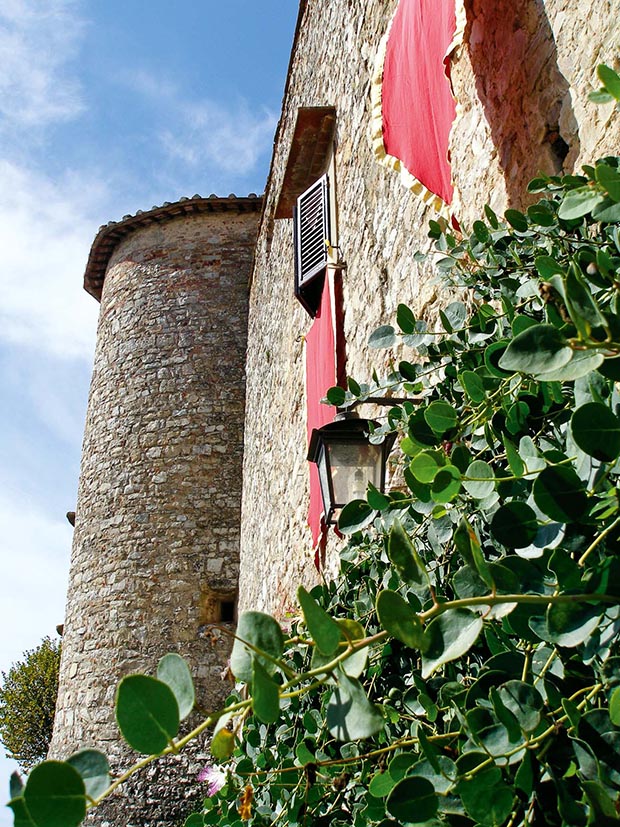 The real value of ripe caper berries is in their seeds. Despite a desire to see a bit more of Pompeii than its inherent weed problem, I collected around 200 fresh seeds. A month or so later when I returned home they passed the quarantine inspection at Auckland Airport with (ahem) flying colours and I set about getting them started a day or two later.

A decade later and I’ve grown dozens of caper plants from seed collected on several trips to Europe. I have proven (if only to myself) that the species will flower and fruit, even in humid Auckland. I predict they will perform substantially better in the Hawkes Bay, the East Coast and possibly parts of Central Otago. While I set out with home-grown caper buds in mind, my fondness for the plant’s exquisite blooms, with their curious ‘pink smokers’ perfume prevents me from harvesting many. Nowadays I mostly favour caper leaves for my cooking, which once pickled have a strong ‘capery’ flavour and a crisp texture like sliced gherkin.

A MONEY-MAKING CAPER
Even setting aside the difficulties in obtaining caper plants in New Zealand, it would be folly to expect an easy living from them here. Most people are used to cheap, mass- produced product and there it is likely to stay. But as has been proven by deservedly acclaimed local pine nut pioneers Pinoli, there is a chunk of the specialty food market willing to pay a premium for quality, and especially local versions of what might otherwise be viewed as commodity produce. Provenance sells, as does the romance of fine food, and capers can be richly endowed with both. 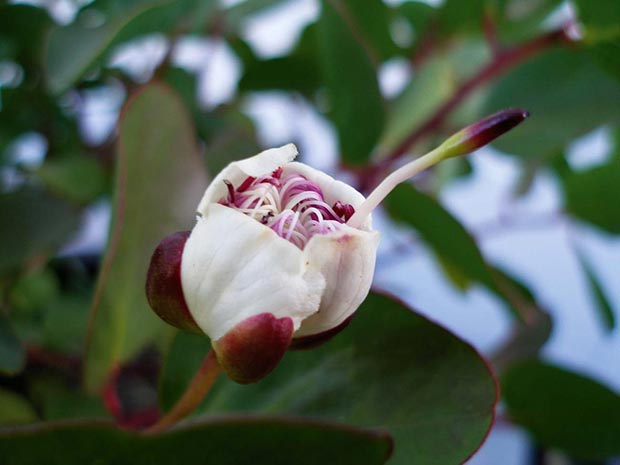 5 TIPS TO STARTING CAPERS FROM SEED
Caper seeds are available from Kings Seeds, Italian Seeds Pronto, and from time to time on Trade Me. Gerard at Kings Seeds cannot guarantee supply for long though. Caper plants are essentially desert dwellers and have evolved to protect their seeds from desiccation and precocious sprouting caused by fleeting rain or heavy dew in the dry season. Although quick to germinate when fresh, after a period of months the seeds enter a deep, stubborn dormancy. All packaged caper seeds will have entered this state and require simple, but specific treatment to enable germination. This means chilling the seeds to replicate the passing of winter. This process, called cold stratification, usually involves soaking seeds, sealing them up in damp soil and refrigerating them for several weeks to months. While caper seeds certainly benefit from a chill they do not appreciate wet or damp-cold for any length of time.

1. Place the seeds dry inside their original foil packet (or any dry, sealable and non-absorbent container) in the coolest part of a fridge for six weeks. This will closely replicate the winter conditions typical of the caper’s arid natural environment.
2. After this time, remove the package from the fridge and use tweezers to carefully and gently grip each seed (they are small, but not miniscule) and rub one side against an emery board, no more than two or three times. This will wear off just enough of the thick seed coat for water to reach the germ within.
3. Soak the seeds in warm water overnight.
4. Next day, blot the seeds on kitchen paper and plant into moist cacti and succulent mix. Cover lightly.
5. Insulate the seed tray on top with a layer of damp newspaper and keep warm until germination begins (2-8 weeks). A heat pad works well here, especially for winter/spring germination which is advisable for maximising growth ahead of the winter dormancy period.

HOW TO GROW CAPER PLANTS
Young caper plants are best grown in small containers or polythene bags for the first couple of years. Use cacti mix or equivalent to maintain excellent drainage. Capers are in many ways best treated as a type of cactus or succulent. They like hot summers with a good soaking every so often, and cool, very dry winters. 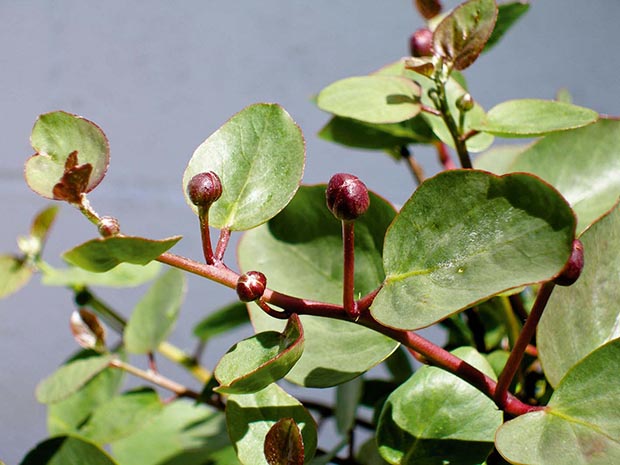 The ripe fruit are edible, but it’s the seeds that are the gems.

They are not at all fussy about fertiliser type, but these are best added when the plants are in active growth from spring to mid-summer.
A light dressing of lime will be appreciated a couple of times a year. Capers require full sun and as much heat as you can throw at them. Mulching with quartz and limestone chip is practised in some commercial operations and I have had success with using scoria gravel. In commercial settings, plants are often grown on top of gravelly hillocks to maximise drainage, exposure to the sun and heat to the roots.

PRESERVING CAPERS
It has been said that whoever ate the first oyster was very brave indeed, so the same must apply to whoever first downed a freshly-picked caper bud. Rather like olives, they are unpalatably, almost impossibly bitter until dry salted or soaked in brine and/or vinegar. How such foods ever entered the human diet is unknown but it’s likely that extreme hunger and desperation played a part.

The latent popularity of dry-salted caper buds is a mystery to me. I suspect it stems from the self-conscious snobbery endemic among the food literati where nobody is willing to admit they don’t like something arbitrarily fashionable. It took these people a good decade or so to come clean about sun-dried tomatoes. Nowadays they’ll stick you with a darning needle for so much as mentioning the things. 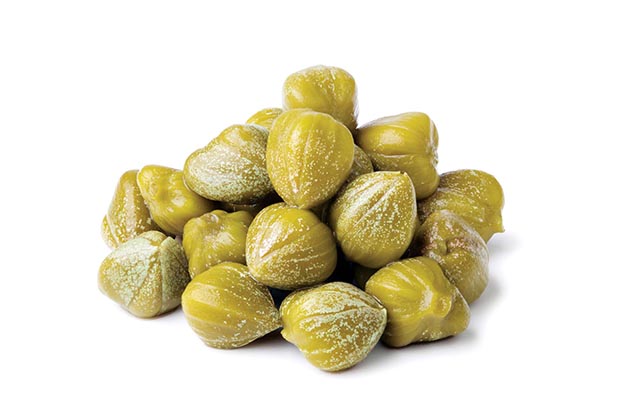 For the record, I believe white wine vinegar to be the only true medium for pickling capers, bar none. A standard unsweetened pickling brine suitable for gherkins works well for caper products – just omit all additional herbs and spices. Dry-salting is much easier – just pick the capers and pack in sea salt – but it necessitates much soaking to make the buds palatable again, resulting in considerable loss of flavour.

As a fan of obsessive renown, I would dearly like to see capers growing freely or in orderly blocks among our vineyards and olive groves. We have the climate and the food culture in abundance, already. All we need is the inclination.