Once a builder, now a baker — a Hastings entrepreneur hasn’t let life’s hurdles get in the way of nourishing himself (and others) along the way.

Scott Wynands has a close connection to the land. He grew up helping his parents on their 200-hectare biodynamic farm in Hawke’s Bay, bought just after Cyclone Bola hit the area in 1988. “There were no trees on it, and 40 per cent of the land slipped away. The whole area was devastated,” says Scott. In his spare time, and from a young age, he also worked in his father’s masonry business.

Scott’s life took a turn for the worse when he went to university. “I got lost in the drinking culture. It was because my life lacked meaning.” Scott’s reconnection with the environment was through a part-time job with Greenpeace. He found further solace reading works by political activists and humanitarians. “This fueled my passion for justice and change. I woke up to the uncomfortable layers of corruption and inequality in our modern world.” He also explored his spirituality with books, seeking (and finding) light in one of his darkest times.

Time passed. Scott’s head become clearer, his future brighter, and before long he had a serendipitous re-encounter with a former girlfriend, Ruth, whom he met at high school. Though living in different cities, Ruth sensed their futures would intertwine. “She had this epiphany that we were going to get married and have a baby. It felt like she was telling me about a book I’d already read.” The pair indeed married and moved to Hawke’s Bay together.

Upon returning home, Scott ran two franchises linked to his father’s masonry business. Laying concrete blocks took a toll on his shoulder; the injury would recur for decades to come. “It was disconcerting not being able to rely on my body,” says Scott. When Ruth became pregnant with their first child, the couple planned to travel overseas and eventually settle in Ireland. They made it to Southeast Asia and then London (they didn’t get as far as Ireland) before returning to Hawke’s Bay to be near family — though that’s not to say they got comfortable.

Within a decade, the couple moved 22 times, twice to the Coromandel, and spent two years in France. Along the way, Scott fueled his passion for the environment by studying organic gardening, sustainable landscaping and completing a postgraduate degree in environmental management. In the Coromandel, he helped drive the vision for the Coromandel Pier + Railway project, a one-kilometre-long pier linked to the town with light rail.

Scott had grown closer to land and food over the years, and while living near a commercial baker, he learned to bake a sandwich loaf for his family. When he discovered that gluten didn’t sit well with his daughter, he started tinkering with a gluten-free recipe. Eight years and many failed loaves later, he finally baked the seemingly impossible — beautiful gluten-free bread made with buckwheat flour. 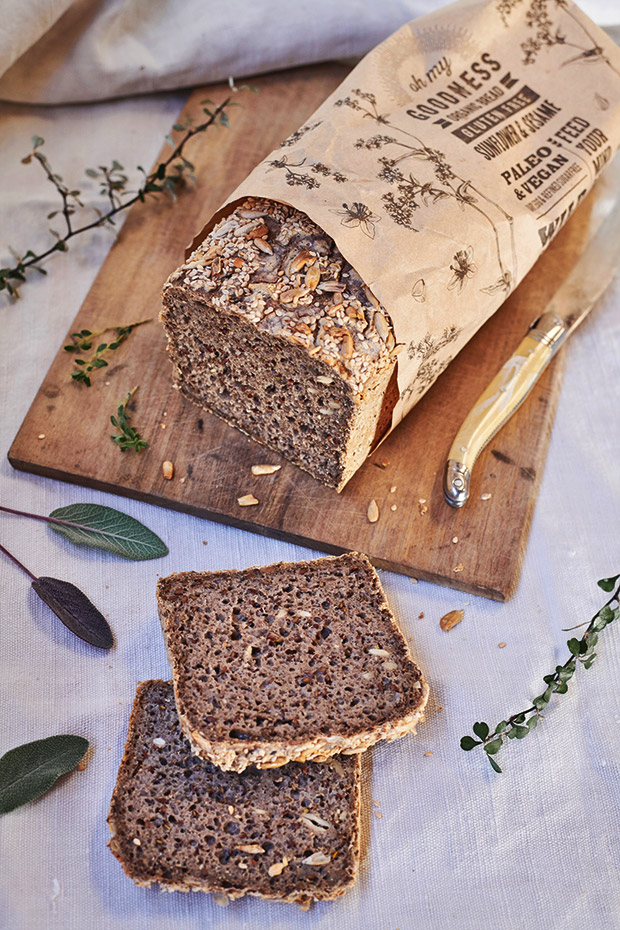 “I couldn’t believe how soft and spongy the loaf was. But no matter how hard I tried, I couldn’t replicate it. Every day I’d hold up a slice to my wife, and it wouldn’t quite be right.” Two years later, he managed to recreate the gluten-free bread. “I was pacing around the house and saying, ‘Oh my goodness.’”

Over a warm slice of bread, local pâtisserie Y’a Bon French Baker agreed to contract-bake the loaves. In 2017, Scott used his building skills to transform an art deco building into a bakery and organic café.

Oh My Goodness Specialty Breads, named after Scott’s delighted reaction, has since baked more than 200,000 gluten-free loaves for health-food stores and cafés around the country. Premixes are also popular, giving customers the ability to bake bread for half the price of a regular bought loaf. The bread range is organic, vegan, sugar-free, and paleo.

“The bread has given me freedom. It allows me to have conversations about diet and health issues. It’s providing space for me to create a shift,” Scott says. Baking also helped foster change within himself.

Realizing he was overworked, during the nationwide lockdown he reassessed the café, the baking times and his role as a baker. “You can’t run on stress. So instead of writing off the hours, I’ve created a much more balanced life,” he says. 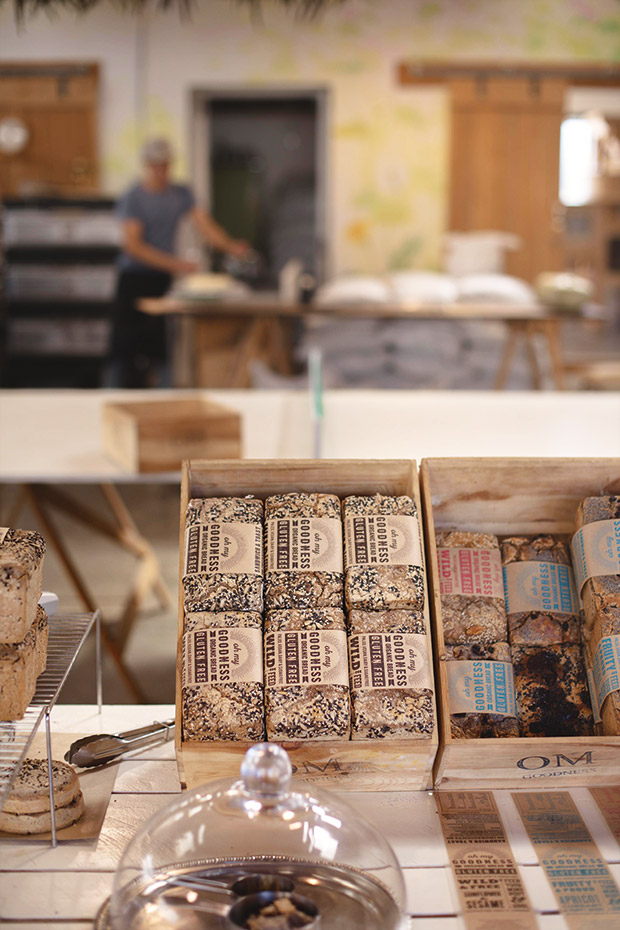 Taking a step back has allowed him to flex his entrepreneurial skills; next year he plans to open a satellite bakery in Matakana, a bread shop in Auckland’s Britomart precinct, and a larger bakery-cum-café in Hastings with a focus on wellness. “I found it challenging to find my place in the world and to find a job suitable for my beliefs,” says Scott. Sounds like he found it.

Believe in your dreams. “You have to fulfil your dreams because the energy has to go somewhere. A dream is an integral part of you, and it speaks directly to what you are capable of. You must believe in that.”

Embrace fear. ”People don’t believe in their dreams because they lack self-confidence. The biggest hurdle is getting over our fears. Sure, putting yourself out there can be scary, but fear is the consolidating force to your excitement. It helps to regulate your dreams, so they are fine-tuned and grounded.”

Find balance. “Work is not everything. I think we’ve been conditioned to think we need to be stressed and that being overworked is somehow a good thing. If you’re not enjoying what you’re doing, make a change because it’s undermining your wellbeing.”