How a no-drench strategy can save your animals from worms 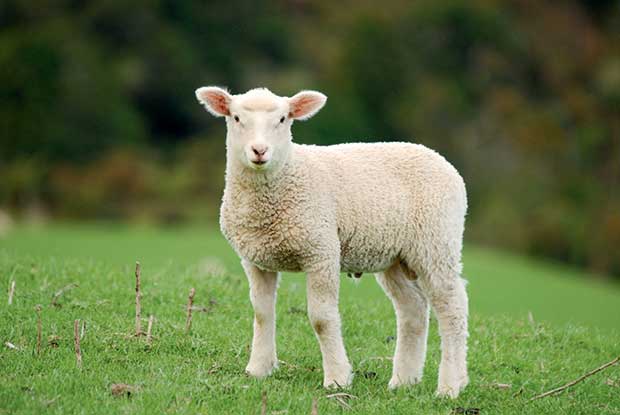 One of the biggest problems facing farms of all sizes is drench resistance, and one of the answers is to stop drenching.

Warm, wet summer weather can be the best and worst of times if you have bouncing lambs, kids and calves running around your block. But these conditions, that bring lots of grass, also create the ideal conditions for killer parasite burdens.

We all like quick, simple fixes. For the past 40 years or so, that has meant picking up a bottle of drench and chemically killing the problem.

The result is that most farms in NZ now have parasites that are resistant to all the drench products available. The chemicals in the drench have gotten stronger and more sophisticated over time, but there’s still an increasing population of parasites that survive.

WHY WORMS BECOME RESISTANT TO DRENCH

Drench-resistance is when previously susceptible worm populations (parasites) in the animal survive a correctly applied, standard dose of anthelmintic (drench). The worms don’t die but carry on breeding, passing on those genetics and helping to create a bigger resistant population.

There’ll always be some worms that have the genetic make-up to be resistant to drench products. If you aren’t strategic in how you drench, you’ll kill all the non-resistant worms, leaving behind an increasingly larger and more drench-resistant worm population in its place. 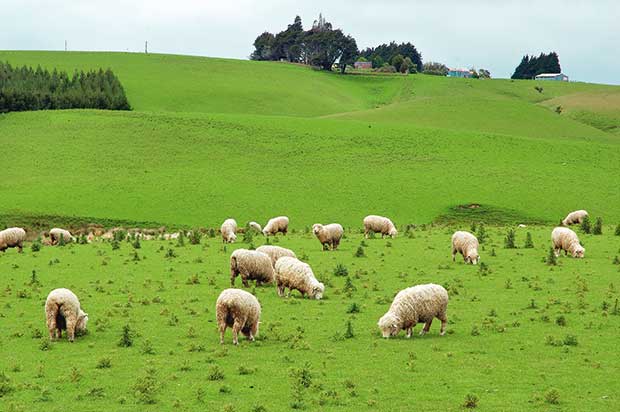 Science is almost at the end of its ability to supply new chemicals. That has meant farmers have had to find new strategies. One is to make livestock more resilient by breeding animals that can thrive when they have a worm burden. Another is to offer refuge to the very worms you’ve spent decades trying to kill off.

‘Refugia’ is a worm population not exposed to drenching. It means you deliberately keep a core population or refugia of genetically susceptible-to-drench worms on your block.

The three common ways to do it are:

1. Leave all or part of a flock or herd undrenched at certain times;

3. Leave a proportion of younger livestock undrenched at each drenching.

Another option is to drench a herd or flock and return them to the same pasture for a week or so. This ensures that susceptible worms in that pasture mate with any worms that survive drenching, so the number of resistant worms in the pasture falls. After a week, the animals can be then be moved to ‘clean’ pasture.

Clean pasture is where another type of livestock has been grazing, for example, sheep are put in a paddock previously grazed by cattle. The cattle will have ingested any sheep parasite eggs in the pasture. Sheep parasites can’t complete their lifecycle in cattle and die off instead of reproducing.

HOW OFFERING REFUGE HELPS YOU

Refugia means there are always some susceptible worms left behind to reproduce. When non-resistant (susceptible to drench) worms remain in the population base, the gene frequency for resistance will be diluted.

The research to follow was conducted on sheep, but the principles are relevant for all livestock.

WHAT HAPPENS WHEN YOU DON’T DRENCH ALL YOUR LIVESTOCK

A field trial funded by Beef + Lamb New Zealand showed that using refugia as a management tool can dilute resistant worms on pasture. Leaving 10 or 20 percent of lambs undrenched results in a significantly lower level of drench resistance in the worms on that pasture, compared to when all animals were drenched. 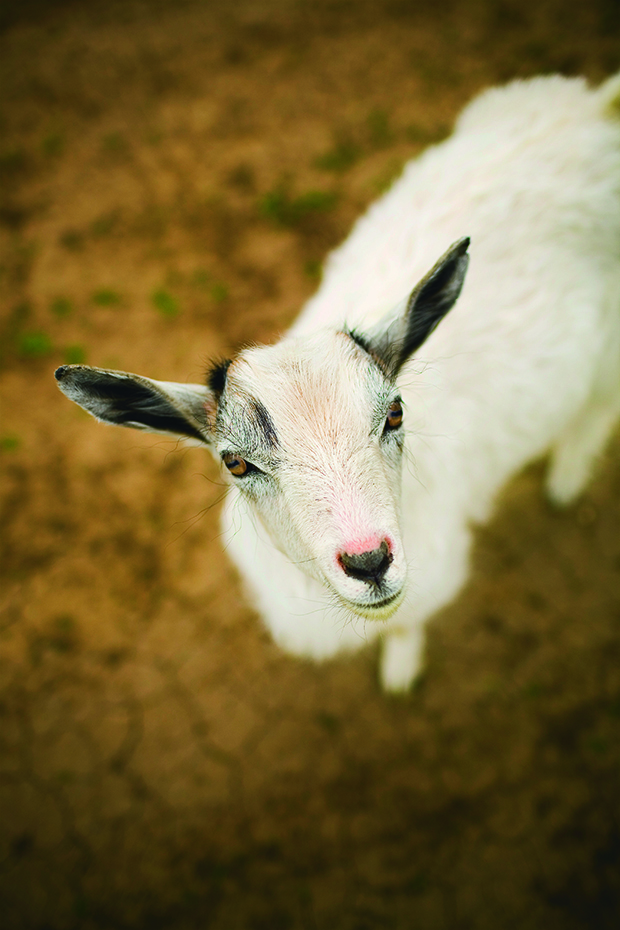 Dr Dave Leathwick of AgResearch compared the resistance status of worms shed by nine different mobs of Romney lambs. All nine mobs of lambs (20 lambs per mob) were uniformly infected with a mixture of albendazole-resistant and susceptible parasites. Different proportions of the mob were left undrenched (either 0 percent, 10 percent or 20 percent). After grazing a ‘clean’ paddock for seven weeks, the lambs were again drenched and moved to a second set of ‘clean’ paddocks, again for seven weeks.

When 20 percent of lambs were left undrenched, resistant worms on pasture were diluted 10 times compared to when all lambs in the mob were drenched.

The biggest negative from leaving some stock undrenched was that the level of larvae on the pasture increased in the trial. However, some increase must happen for refugia to work. The essence is to allow enough worms to dilute the resistant ones without significantly compromising productivity.

HOW TO GET STARTED

You need to develop a plan with help from your veterinarian. Things you need to know include:
– the drench resistance status of the worms on the farm. It has been calculated that the proportion of animals required to be left undrenched goes up dramatically as drench efficacy goes down. If a drench is 99.9 percent effective then 1 percent left untreated is probably enough. If the drench used is only 95 percent effective then closer to 30 percent untreated is required to give the same dilution of resistant worms.
– sheep/cattle ratio and your stocking rate.
– key risk periods to stock from parasitism so you can work out the best time of year for some stock to go undrenched.
– current ewe management/drenching policy (ie, will you have undrenched adult ewes that can follow newly drenched lambs).
– feed quantity and quality.

1. Where possible, find a solution that doesn’t involve leaving lambs undrenched – practice refugia on animals over one year of age.

2. If feed supplies are low/poor quality, there is a greater risk that parasitism in undrenched stock will impact on production. However, if feed quality and quantity are good, lambs are up to target weights, and pasture is ‘clean’, then it would be an ideal time to leave some lambs undrenched. 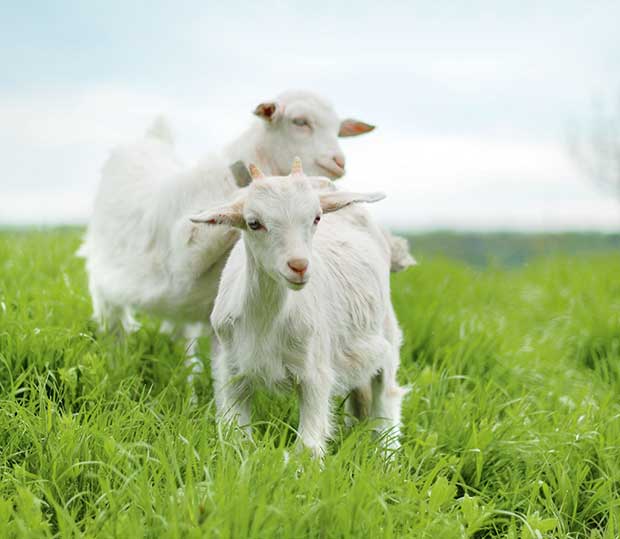 3. The benefit of leaving some lambs undrenched (and a refuge of susceptible worms) is greatest when lambs are going onto ‘clean’ pasture.

4. Start conservatively – leave no more than 2-5 percent of lambs undrenched rather than 20 percent. Leaving too many undrenched may create a problem later in the season with accumulated parasite contamination of pastures.

5. Choose animals in the best condition to remain undrenched each time. the heaviest animals are doing well so if they are left undrenched, they will slip back into the ‘drenched’ portion of the mob next time round.

6. It doesn’t matter if the same animals are excluded at each drenching, as long as their condition is ok – animal welfare and animal production losses must be considered.

7. A comprehensive drench test (faecal egg count reduction test and cultures) should be carried out regularly, with frequency depending on drench resistance risk factors on each farm.

8. Even if a test shows that worms on your farm are not resistant to any of the three main drench families, it would still be of benefit to practise refugia. This is because resistant genes are likely to be present on every farm and keeping them diluted is the best long-term option to retain the efficacy of your drenches.

7 OTHER WAYS TO DELAY WORM RESISTANCE TO DRENCH

– avoid drenching lambs that are on ‘clean’ pasture unless you have a plan to introduce/maintain refugia (eg, leave a proportion undrenched or follow with undrenched ewes).
– avoid drenching more frequently than every 28 days unless there is a special need.
– where possible, avoid the use of long-acting drenches and capsules.
– adopt a quarantine drench protocol for introduced stock.
– use effective combination drenches, even if resistance has not been identified on your farm.
– weigh animals so they are not under-dosed.
– apply the correct dose using the correct technique as per the label instructions.

This fact sheet is based on research conducted by a farmer and scientist mentor group who helped guide the project to ensure relevance to farmers. This fact sheet was reviewed by Dr Dave Leathwick, AgResearch, in March 2017.