How artificial lights can extend your hen’s working year 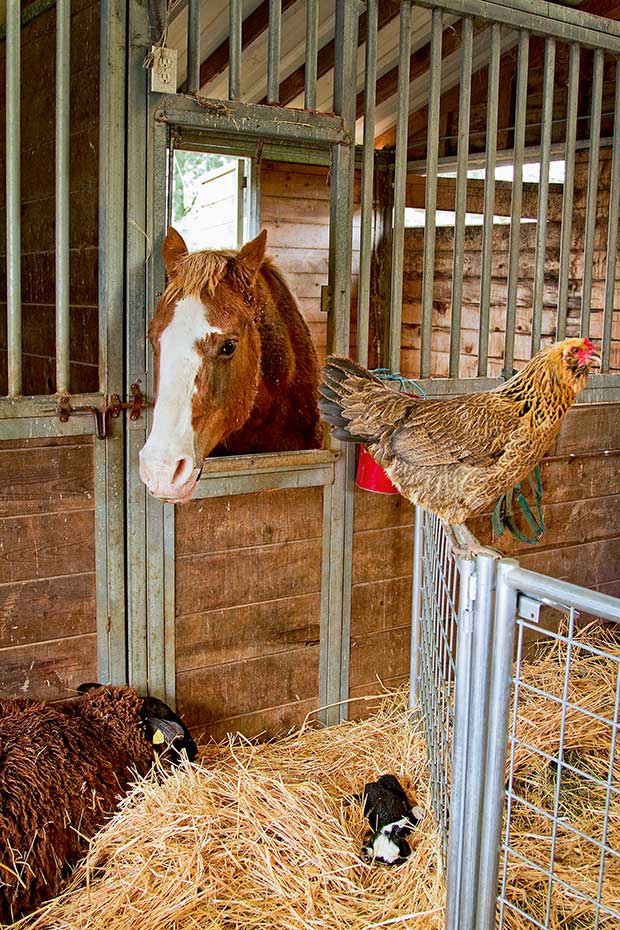 Avian species (and some mammals) respond to the number of hours of light they receive to govern their reproductive cycles. During winter you can extend your hen’s working year by using artificial lights.

Farmers of the 1800s worked long hours. In places with long, cold winters and short daylight hours, much of their time was spent in in the stables, barns or cowsheds.

Animals lived together in these sheds, sharing each other’s warmth and the farmer would have an early start, perhaps to harness the horses or milk cows by lamplight.

It was noted that in these situations, the hens who also lived in these areas would always start to lay earlier in the season than those that were in isolated hen houses elsewhere on the farm. In the 1800s, it was noted that hens living in barns with other livestock were more likely to lay for longer due to extra light and more feed.

The reasons – later discovered – were because those hens that shared extra warmth, light and the ability to obtain and eat extra feed thanks to other animals had a huge advantage over those birds still subjected to cold temperatures, less hours of sunlight in the day and that were reliant on scant food on the winter range and only the feed provided by their owners in the short days of winter. In the 1920s it was decided that the provision of artificial light to extend the birds’ ‘working day’ was not forcing the birds to lay eggs, but providing them with more light to enable them to eat sufficient nutrients to keep laying.

A bird could not eat enough in eight hours of daylight to maintain her through the 16 hour dark period and to lay eggs as well.

More stories you might like:
Some lucky chickens in Finland are living their best log-cabin life every summer

Avian species (and some mammals) respond to the number of hours of light they receive in 24 hours to govern their reproductive cycles. Hens are particularly responsive (the photo sensitive period) in the few hours before it gets dark again. 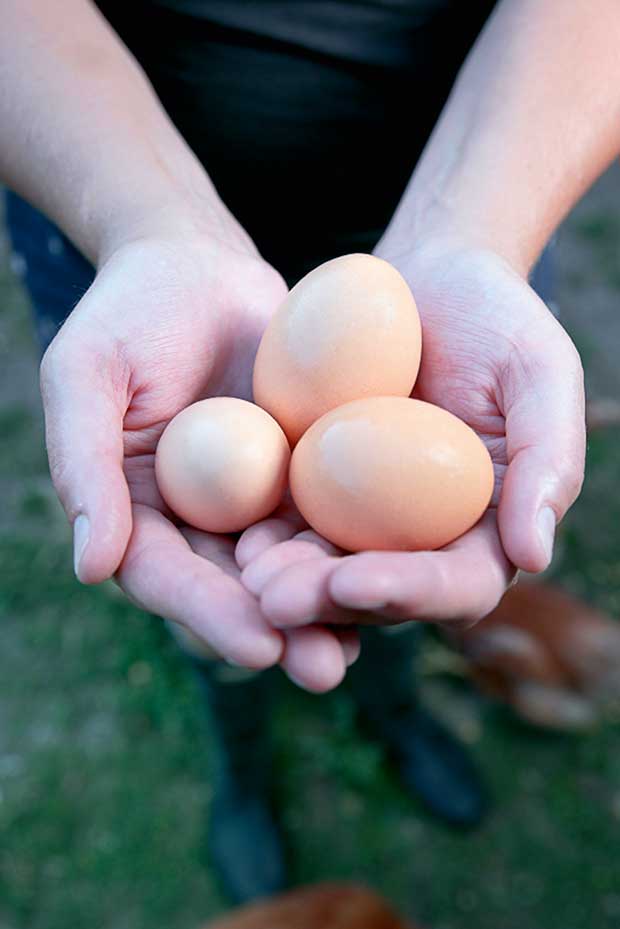 In addition to light entering the eye and passing to the brain via the optic nerve, light brighter than four lux is able to pass through the skull and cranial tissues direct to the pineal gland or ‘third eye’ situated on the top of the brain.

It is the time at which dusk falls (or that the lights go out) that stimulates the hormones to release the yolk for the next egg, following the one already travelling down the oviduct to be shelled that night and laid the following morning. 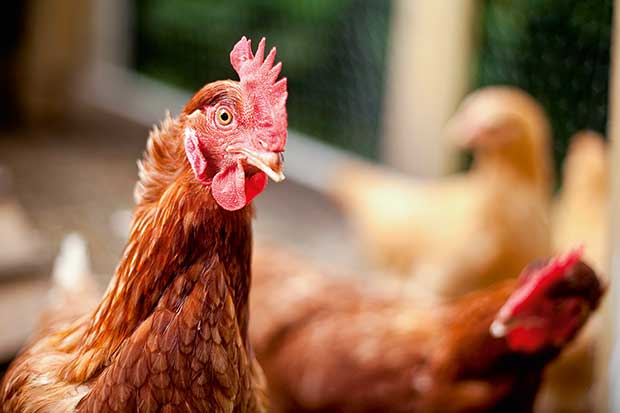 The act of laying that egg triggers the release of the now-ripened yolk from the ovary. The follicles in a hen’s ovary start to mature as the day length gets longer in spring, and slow down the maturation rate or regress when the day length gets shorter in autumn. They may stop functioning altogether in the shortest days of winter.

When light is received by a hen’s eye and enters the hypothalamus in the brain, hormones are released that stimulate the pituitary gland.

The pituitary gland produces hormones such as follicle stimulating hormone (FSH) and luteinizing hormone (LH) that are involved with gonad development and maturation. 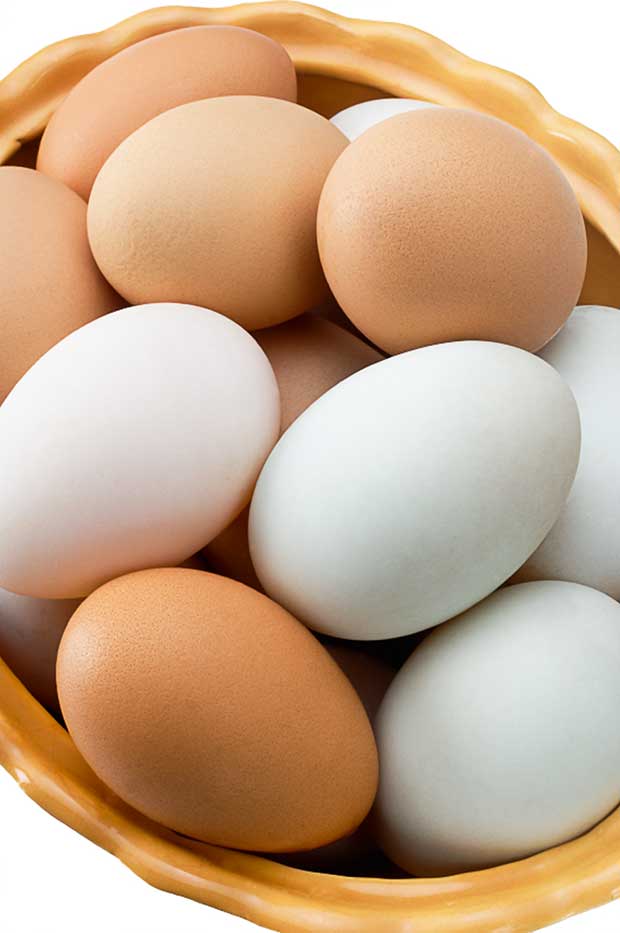 It means that day length is an important component of the poultry reproductive system and it’s why birds are seasonal breeders as their reproductive system is stimulated by long day lengths. This is Mother Nature’s way of ensuring that chicks are reared in warmer weather when food is abundant to increase the probability of survival.

Once you get below a day length of 14 hours, production slows and below 12 hours it may stop altogether.

To take advantage of this natural response the poultry keeper can extend the laying period by using artificial light to keep a constant lit period of 16 hours to replicate summer, for several more months than would naturally occur. A hen would normally come into lay in spring as day length increases from eight hours towards summer day length of 16 hours. She would lay a clutch of eggs – perhaps 20 to 30, or less in the case of some heavy breeds – and then go broody.

After three weeks incubation and six weeks on maternal duty with her chicks she may lay a few more eggs and repeat the process. By the time the second brood is reared, day length will be dropping to 14 hours or less and once below 12 hours in autumn, the hormones to the ovaries will have switched off and she may well stop laying, moult, re-grow her feathers and wait until day length starts to increase again (late July – August) before she lays again. 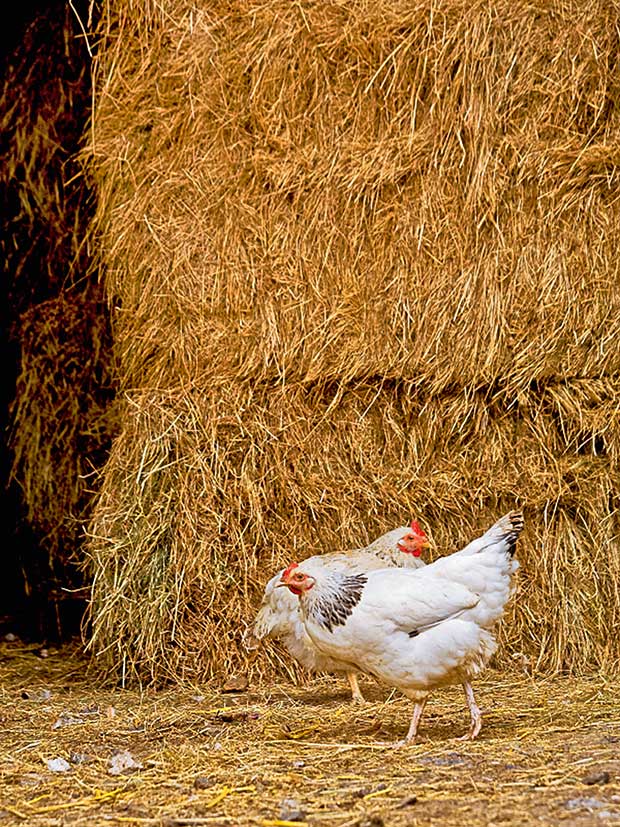 Commercial hybrid pullets are hatched throughout the year artificially (in incubators) and so do not share the very seasonal hatching times of the home-bred heritage or barnyard cross.

They may well continue laying right through their first winter, regardless of day length, as they are genetically selected for consistent egg production in their first year. In subsequent years they will revert to the laying seasons, having a down time and moulting period over 3-4 months of winter. A barnyard or heritage breed, without specific egg production genetic selection, will respond much more quickly to the seasonal changes and have a much shorter laying cycle. But if you extend their ‘summer’ (ie, provide light for 16 hours a day) these birds and commercial layers in their second and subsequent seasons will lay within a programmed cycle.

You can still programme in their winter moult and rest, providing a definite end to the laying season and a programmed recovery period, enabling you to feed and manage your flock uniformly with the added benefit of more eggs. Commercial farms use fluorescent lights to keep day length at a constant 16 hours.
2 COMPLETE MYTHS ABOUT HENS AND LIGHTS

There are many myths surrounding the use of artificial lights to improve or maintain laying performance.

This is the first myth that needs blowing up! No commercial poultry farmer lights their laying hens for 24 hours. Birds do not respond to day length longer than 16 hours so from a completely practical point of view, it’s a waste of power.

However, more importantly, no hen is physically able to lay two good quality eggs in 24 hours as it takes between 20 and 25 hours to produce one egg.

2. Using artificial lights is just for commercial layers and doesn’t work on barnyard or heritage breeds

Light intensity and day length has long been known to influence growth and laying performance on all breeds of poultry. Long before the modern hybrid layer was developed the first person to be credited with using a systematic lighting pattern for laying hens was a medical doctor, Dr E. C. Waldorf of New York who first tried artificial lighting for his hens in 1889.

Dr Waldorf claimed his birds could lay 10 eggs a week under artificial lights, but it wasn’t until 1911 after experiments took place, that the benefits and lighting programmes were confirmed and became commonplace.