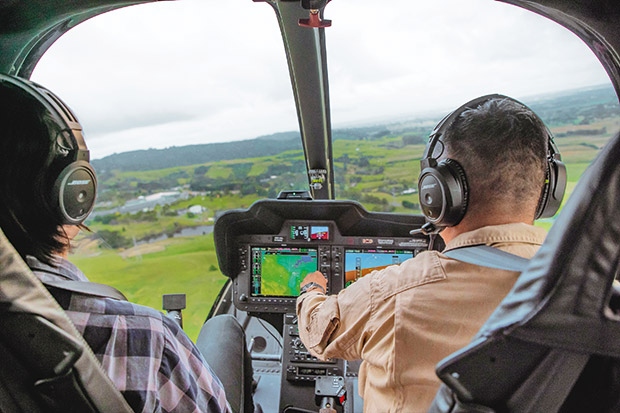 When a helicopter disappeared near Raglan in 2005, it took a whopping two weeks and a search costing millions for the wreckage to be found. The late liquor baron Michael Erceg was flying an executive helicopter to Queenstown when poor weather shrouded his visibility.

His aircraft pummeled into a canopy of trees on Mount Karioi, causing the emergency beacon’s antenna to snap off. Without a signal, the chopper was left untraceable.

Two years after the fatal crash, Manawatū electronics engineer James McCarthy and a few mates came up with an ELT alternative that would shake up the aviation industry. ELT stands for emergency locator transmitter, which triggers an audio alert or GPS position when excessive gravitational force is detected.

The caveat? “In most instances, the aircraft can’t break up, catch on fire or go into the water for an ELT to work,” says Spidertracks CEO Dave Blackwell.

The founders of Spidertracks, an aircraft tracking solution, flipped this logic on its head. Via GPS and satellite, a Spidertracks device sends a digital trail of “breadcrumbs” from the aircraft to a cloud-based app. If the palm-sized machine stops transmitting, the pilot’s emergency contacts are alerted with the aircraft’s last recorded location, speed, altitude, and direction. 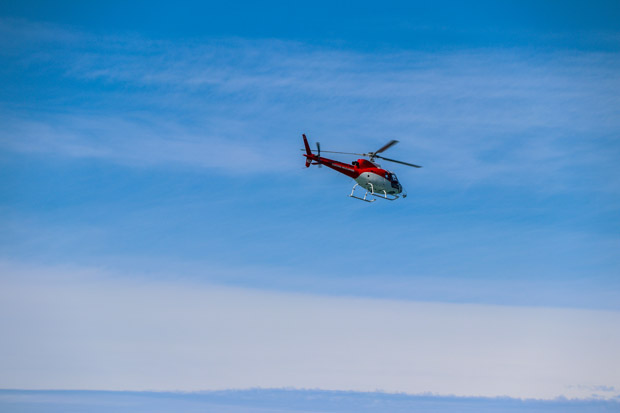 “Our technology optimizes the ‘golden hour’ in search and rescue. Those 60 minutes after impact offer a window of opportunity to recover and save lives. From a technological perspective, Spidertracks is a massive improvement on the incumbent systems,” says Dave.

It didn’t take long for the Palmerston North-based company to take off. Within a few years, Spidertracks struck a deal with Airways NZ, which subsidized its devices and subscriptions for aircraft operators in New Zealand. “That was a real boost for us that helped drive business in the early years,” says Dave.

The company launched in the United States, now its biggest market, in 2010. Dave, who started as the firm’s operations manager, became CEO when James moved to director in 2014. Spidertracks now employs 38 staff at its headquarters in Auckland, where it moved in 2012.

Hardware is designed at the Karangahape Road office and manufactured in Christchurch. Today, the technology is installed on aircraft in more than 100 countries.

Spidertracks has received a Callaghan Innovation research grant for the past three years and invests 30 per cent of revenue back into R&D. This led to the company’s newest hardware, Spider X, which provides post-flight insights to help pilots make informed decisions on safety.

“For 14 years, we’ve helped customers reactively know where their aircraft is. This new hardware is moving into a proactive space,” says Dave.

Elevator pitch: While most commercial aircraft are equipped with flight-tracking technology, the high costs associated with installing such devices mean they are less accessible to the general aviation industry. Spidertracks is a subscription-based solution for aircraft owners and operators that sends real-time coordinates and flight insights to a cloud-based app. As a partner of the Iridium satellite network, data can be transmitted anywhere regardless of mobile reception or local infrastructure.

Headwinds: In the early days, Spidertracks hoped its technology would become an industry standard through a regulatory mandate. But government agencies responsible for aviation regulation are risk-averse, so changing the status quo is a lethargic process. “We learned over time that it’d be foolish to hedge our bets on that,” says Dave.

Tailwinds: The Spider, the company’s flagship device, is easy to install and an economical option for non-commercial pilots. “It’s a very low barrier to entry for the operators,” says Dave. “A pilot doesn’t have to go through complex installations or costly certification processes. They just put it in their aircraft and run with it.”

What’s next: “We want to learn how better to help an aircraft avoid crashing, which means pulling more complex data off the aircraft. The challenge is to execute our vision while still keeping the barrier to entry low.” 16% annual growth in the past five years
95% of sales are exports
6500+ aircraft with Spidertracks devices globally
45 staff split between NZ, Britain, the US and South Africa
14 million flight hours tracked since 2007