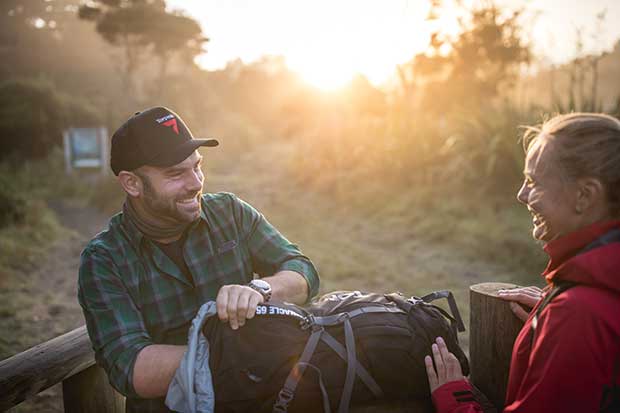 A social entrepreneur hosts outdoor excursions so New Zealanders can conquer their inner mountains — just as he has.

Fresh air, sunlight and birdsong are natural fixes for most things, according to Robert Bruce. So he launched a Facebook page to encourage others to join him on his outdoor adventures — an open invitation for anyone needing more nature in their life.

The first and only rule of Got To Get Out, the social adventure group he started in 2015, is to leave the building. Walking, paddle boarding, skiing, mountain-biking — whatever the activity, Robert encourages participants to take it slow.

“We live such fast-paced lives, and I’m trying to get people to slow down, switch off and enjoy being in nature with new people.”

The idea was born on a hike to Mt Everest’s Base Camp. When Robert left for Nepal, he had just been made redundant from the marketing agency he founded in his early 20s (acquired later by a global company). Inspiration hit when, surrounded by fresh air and sky-high mountains, he reread a quote by Sir Edmund Hillary. “It is not the mountain we conquer, but ourselves,” the famous mountaineer said.

“I liked the concept that different people have their own Mt Everests to climb,” he says. “I was redundant, and I had become out of shape working a corporate job. In some respects, I was quite depressed from the whole experience.”

If he could somehow use his professional skills to get people outdoors, then other New Zealanders could also conquer their own Mt Everest. Twenty-five participants joined Robert on his first outing to the Waitomo Caves, each paying a fee to cover the rental bus and guiding. It was the first of many trips he would organize in his spare time with Got To Get Out, but the fee was reconsidered for most future trips.

“I didn’t want a barrier to stop people getting outdoors because I thought it was socially good for the community and individuals who were trying to get healthy,” he says.

After that, Robert was never short of company, and by 2016, his mix of free and paid trips had gained a steady following in the Auckland region. Niche online communities then formed; the cyclists wanted to go cycling, and the rock climbers wanted climbing trips. 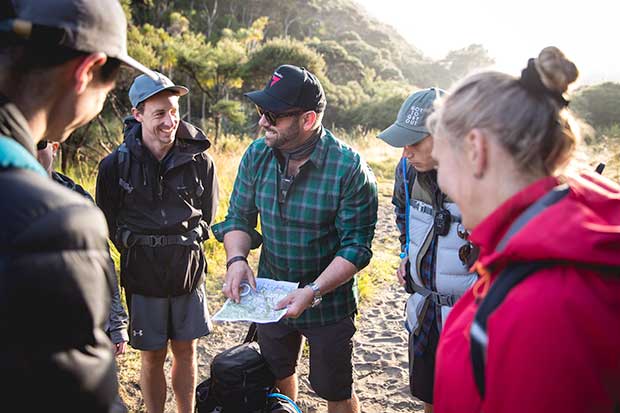 It was a classic tale of supply and demand, yet Robert still didn’t want to put a fee on his increasingly popular free trips despite the fact he continued to work full-time himself. But word of mouth continued working its magic. Christchurch, Queenstown and Wellington wanted access to community adventures with like-minded people. Robert just needed to meet the demand.

A subscription-based service was out of the question (“commitment is a hurdle,” says Robert). Paid-for event tickets (for trips perceived as “free”) weren’t right, either. So when outdoor-gear store Torpedo7 commissioned Got To Get Out to deliver their Torpedo7 Club free experiences, Robert knew he reached another summit.

He had spent nearly a decade promoting consumer goods but now, using those same marketing and business skills, he was able to deliver a financially viable, socially good service. It satisfied him. “Many social enterprises are set up because there’s a gap — society needs something not being delivered. In New Zealand, many people report being lonely, isolated or struggling with mental health, but there’s nothing organized or easy for them to take part in.

That’s where we come in,” says Robert, who was a 2019 Kiwibank New Zealander of the Year semi-finalist.

Through the Torpedo7 Club, Got To Get Out hosts 150 free events per year, often departing from a store before heading out for fresh air and physical activity. Profits are reinvested to expand trip opportunities and therefore the enterprise’s overall impact.

“I love getting people into the outdoors — and I want to do more of that,” he says. 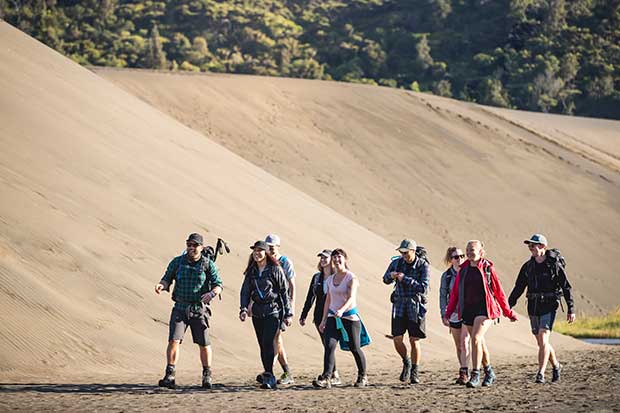 Volunteers still breathe life into most of Got To Get Out’s activities, and Robert, a certified bush guide, still likes to lead most of the trips himself.

“Fresh air, birdsong, phones turned off — it’s great. But to find out how good it is, you have to get out.”

Put down the phone and enjoy a walk through the forest, suggests Robert.

Got To Get Out participants are encouraged to take their time on tramps, which are strategically padded with time to allow for the group to get to know one another, learn about fauna and flora, and take part in group reflection. “There’s a temptation for many people to put their head down and walk,” he says. “They just want to get from point A to B. I’m trying to encourage people to examine the trees, get to know people and breathe.”