Sometimes termed “the fire within”, inflammation is often insidious, causing damage where it can’t be seen. One doctor is on a mission to help people understand that the lifestyle choices they make now will almost certainly affect their health later.

Roderick Mulgan is willing to predict what will kill you. It seems rash, but apart from the odd statistical blip, it’s a pretty safe bet that most people die from the actions of the immune system. Statistics New Zealand may list the leading causes of death as cancer, ischaemic heart diseases and cerebrovascular diseases, but they are all products of inflammation.

Dr Roderick Mulgan MB, ChB, MPP, LLB (Hons) has always been interested in nutrition and health, despite it not being well covered by his medical education. His work with frail older adults suffering from heart attacks, cancer and dementia began his interest in lifestyle interventions that might prevent, or at least significantly delay, these diseases developing.

“Inflammation can be modified. It is almost inevitable that you will experience one of these diseases, but what is not inevitable is the timing. How you live and what you eat makes all the difference. Smoking and salmon, walnuts and weight loss, almonds and alcohol, blueberries, white flour, sugar, meditation — each will turn the thermostat of inflammation up or down.”

A sensitive immune system helped human survival by blanket-bombing foreign microbes, which was a huge advantage in humankind’s early history. But science, medicine and public health initiatives have meant people now live long enough to die of old age in many manifestations and diseases.

Inflammation comes in two forms. Acute inflammation mostly works quickly, flaring up and dealing with problems, and without it humans would be at the mercy of any passing pathogen. It sees off threats and subsides, but stress from obesity, pollution, bad diet and ageing can tip the body into a low-level state of permanent, chronic inflammation and keep it in a perpetual state of readiness, geared up for a fight that never arrives. 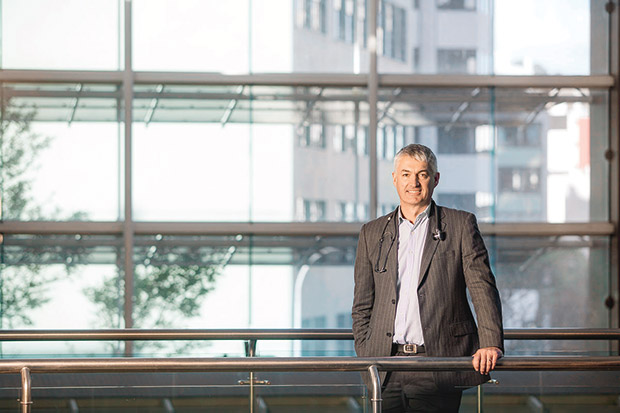 Even breathing causes problems over time. Humans can’t live without oxygen for more than a few minutes, yet oxygen diligently works away producing oxidative stress from free radicals, an unavoidable hazard of being alive. Free radicals are the inevitable byproduct of burning food to make energy, and everyone has them — they are not just a product of unhealthy living.

More stories you might like:
Water Cooler: How to find a missing cat (we hope), pie delights and rainy day style

About one per cent of the oxygen humans consume turns into radicals; the human body generates about 1.7 kilogrammes a year. Air pollution, tobacco smoke, sunlight, microbial infections and industrial chemicals also produce free radicals, compounds with unpaired electrons that stabilize themselves by taking electrons from other molecules.

This theft creates a chain of destruction as newly-single molecules lurch around causing the oxidative damage that is implicated in a variety of diseases including cancer, cardiovascular diseases, diabetes, Alzheimer’s, Parkinson’s, and eye complaints such as cataracts and age-related macular degeneration.

Dietary antioxidants disable free radicals, possibly by boosting the body’s enzymes, but the chemistry is still confusing and contradictory. Nutrition science is a new field. Scurvy wasn’t successfully treated until 1842, despite thousands of sailors dying from it every year. Vitamins were discovered in 1900. Even today, there are problems, initially in designing and carrying out the trials and then in reporting findings accurately. 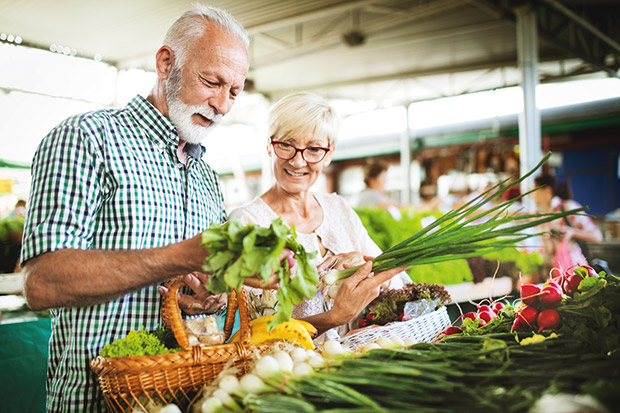 • Most funding goes to disease treatment, not preventative nutrition.
• Interested parties often fund-nutritional research, and this can have an effect on the reported findings.
• Variables make it challenging to prove the effects of food. It’s hard to isolate the effects from all other factors that affect health, even in the best-controlled trial.
• Most studies are of short duration and observational with voluntary recording and self-reporting.
• The food consumed doesn’t immediately affect health.
• Focusing on specific food groups does not capture how different foods interact with each other.

Nutrition science is hard to do well and rarely produces definitive answers, but the following factors are generally accepted as reducing inflammation and backed by sound science:

Eat a mostly plant-based diet with fruits, vegetables and foods containing omega-3 fatty acids. Some of the best sources of omega-3s are cold-water fish, such as salmon and tuna, and tofu, walnuts, flax seeds and soybeans. Other anti-inflammatory foods include grapes, celery, blueberries, garlic, olive oil, tea and some spices, such as rosemary and turmeric.

The anti-inflammatory properties of these foods come from the phytochemicals they contain; naturally occurring antioxidants and their helper molecules that protect against many effects of ageing.

Limit or avoid simple carbohydrates, such as white flour, white rice, refined sugar and anything with high-fructose corn syrup. Build meals around lean proteins and whole foods high in fibre, such as vegetables, fruits and whole grains, brown rice and whole-wheat bread.

In 2019, Dr Roderick Mulgan published The Internal Flame which contains new insights into silent inflammation, longevity and the science of functional food. “Ninety per cent of my findings was not stuff I knew before I started the research. Many hours were involved trawling through a lot of dense scientific journals. This information is all out there, but not in an easily digestible form, even for a doctor. Even if you’re already leading a healthy lifestyle, there’s still more you can you do to fight sickness and disease.”

More stories you might like:
How a Golden Bay mum's mail-order business became HealthPost, an online mecca for health products

This research led him to develop a nutritional supplement of five major bioactives under the LifeGuard brand that can’t be efficiently absorbed from whole food. The supplements are designed to provide an extra anti-inflammatory boost to a good diet.

Dr Mulgan acknowledges that the science of these supplements isn’t settled but cites evidence in population studies and animal models that point to useful bioactive properties. They represent “an educated guess, certainly not a punt”, he says.

“Eating vegetables is essential, but the critical insight is that the vital parts of good food exist in novel sources, such as the seeds of grapes. This is what is meant by nutraceuticals and functional foods, and there is a place for them. “Don’t wait for mainstream health advisers to catch up with new insights before implementing them; if the evidence is convincing, go for it.”