They moved to the country to live off the land. But it took a few odd years to find the right animal for their block.

Hannah, husband Troy, and their then-preschool children moved onto an established block for the change of pace. Hannah had just given up a stressful, city-based sales job and wanted to live off the land.

She quickly found a job milking at a nearby dairy farm. It fitted in with family commitments and gave her the knowledge to start raising calves and milking a house cow for the family. The orchard and vegetable garden produce a lot of their food. Hannah preserves as much as she can, bottling peaches, and making tomato sauce to freeze. The garden area is less cultivated than it could be, but Hannah says it’s not her priority. “You’ve got to be realistic about what you can and can’t live with, and that’s different for different people.”

Find the livestock that suits your lifestyle, says Hannah. The Sutherlands have had most types of livestock. For the first few years they bred sheep, homekilling the odd one for meat. But the sheep needed constant maintenance on their hooves. There was always the risk of flystrike. Their block had no yards, making handling them a struggle. Hannah found they also ate the grass down so low it was hard to rotate them with any other livestock.

More stories you might like:
From costumes to cakes: How an Auckland designer made the switch to a foodie career in Dunedin

She added chickens but found they multiplied very quickly. “And there are always too many roosters.” 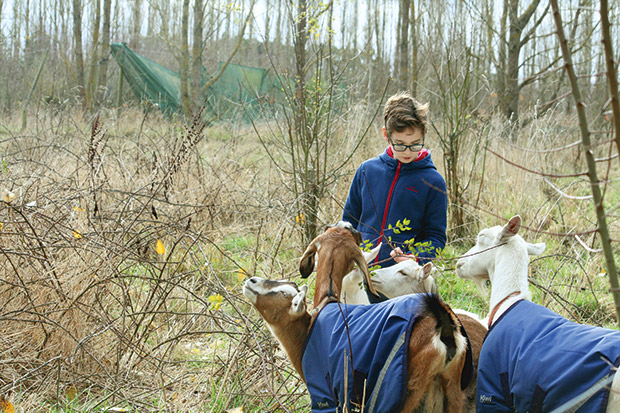 The orchard and vegetable garden provide a lot of the family’s food. They also homekill the occasional goat for meat.

She wasn’t too fond of homegrown chicken meat either. “It was messy, smelly, and a lot of work,” she says, “It’s cheaper and easier to just buy chicken, if you like to eat it occasionally.

“You can make a block as much or as little work as you like, but if something is too time-consuming and you don’t enjoy it, then it takes away the love.”

That’s when Hannah finally found her perfect animal: goats. “I thought they’d be good to control the weeds, thistle, and dock.” She now has six, a mix of Anglo-Nubian and Boer that she also milks. Occasionally they homekill one for meat. “Best slow-cooked!” says Hannah. She found they’re the perfect livestock for their situation. Having them from a young age means they don’t learn bad habits.

“If I was starting again, I’d have goats from day one, I can’t speak highly enough of them,” she says. “They’re amazing and very easy care. They have such a bad reputation, and they don’t deserve it. They’re so misunderstood.” 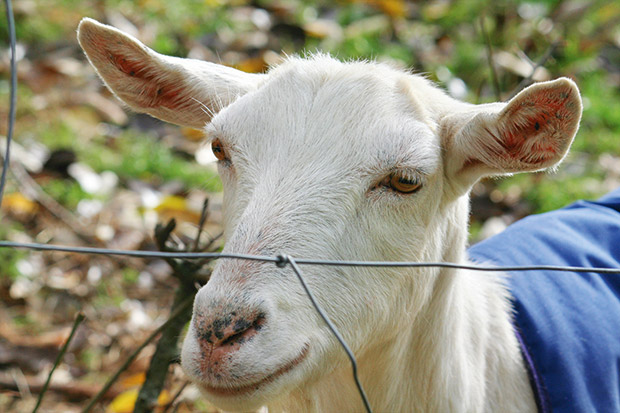 ■ If you have goats, you need good fences. Hannah uses sheep netting with a hot wire along the top. She also recommends having a mains electric unit (not battery or solar) for a bit more ‘zap’.
■ Hannah loves working with livestock for their personalities, their likes and dislikes. But she’s also pragmatic. “You don’t want animals with horns, and you don’t want aggressive animals. Temperament is really important.” She culls animals that she feels are dangerous or causing trouble, such as jumping fences.

More stories you might like:
The Kindness Institute's Kristina Cavit on teaching mindfulness and yoga to vulnerable New Zealand teens