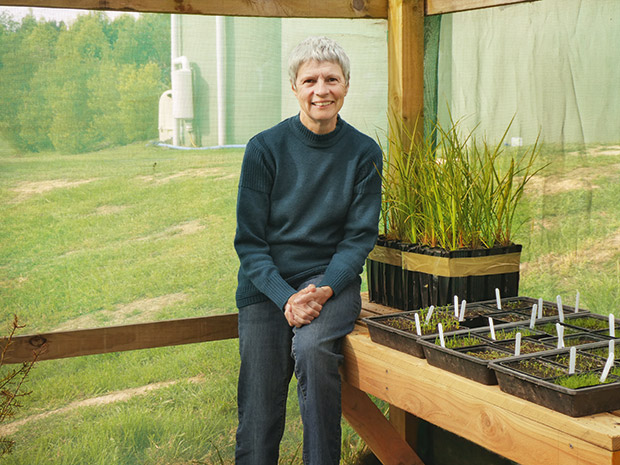 Their 6.4ha block was once covered in gorse twice their height.

Who: Christine & Tony Scurrah Whitton
Where: Upper Moutere, 30km north-west of Nelson
Land: 6.4ha (15.8 acres)
What: 1.4ha wetland and riparian area, streams, grazing for sheep for 9 months of the year

It took two years from when Tony and Christine bought their block to moving into their newly-built house. By then, more than half of their land was covered in gorse twice their height.

The block is their retirement plan, but the couple says they’ve never worked harder. The result is the transformation of a boggy paddock into a beautiful, functional 1.4ha native wetland.

Everyone passing by on the main road has a much better view than Christine and Tony have from their house, but they’re enjoying the compliments from their neighbours about what they’ve achieved. 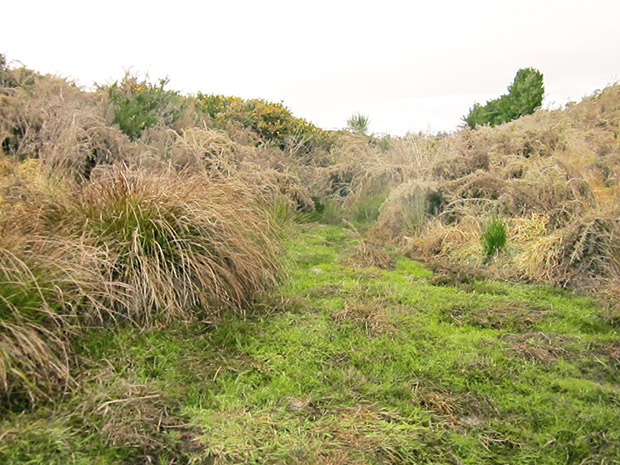 Back in the UK, Christine was a flower gardener. Now, she uses her organisational skills and horticultural know-how to grow NZ natives, collecting seeds and growing plants for their revegetation plans. She and Tony plant almost 3000 trees a year and maintain over 11,000 in various areas around their block.

They’re now involved in the Moutere catchment group, run by the Landcare Trust’s regional coordinator Annette Litherland. Christine hopes the group will give her access to local seed-collecting sites so she can grow trees endemic to the region.

The Scurrah Whittons have spent four years doing great things on their block, but Christine says they don’t pass up opportunities to learn more. She and Tony repeated the Farm Environment Plan workshops in an online format during the Covid-19 lockdown in 2020.

They found the information on critical source areas or CSAs – anywhere water ponds in a landscape – to be particularly revealing. 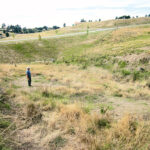 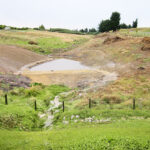 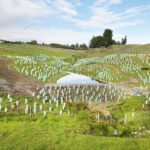 The couple leases their land to a grazer who runs about 40 merino lambs on it for part of the year. The sheep like to camp on a steep hillside, which the couple identified as a critical source. In heavy rain, concentrated levels of manure in the ‘camp’ are washed down the hillside into a lower paddock, eventually ending up in a stream.

They also discovered this wasn’t their biggest critical source point. Five years ago, a new subdivision went in on land above their block. “The stormwater from the subdivision was directed into a culvert that discharged (under the road) straight into our property,” says Christine. “It caused a lot of erosion and silt deposits, as there was very heavy rain during the two years of development there.” Taken in September 2020. This is the transformation of the ‘boggy patch’ at the bottom of the Scurrah Whitton’s block, which inspired the couple to create a farm plan. The couple has planted more than 11,000 native trees, flax, and grasses. Christine, who had only ever gardened flowers, now has a nursery where she propagates all the plants. Having a plan means she knows what they’ll need, years ahead.

At the time, the couple built small settlement ponds to mitigate the damage. Christine says if they’d known more about planning back then, they’d have done things differently.

“We were reactive to things like the subdivision run-off, rather than planning and being proactive,” she says. “In hindsight, we needed to dig bigger ponds and sediment traps.”

More stories you might like:
Meet the couple who left their corporate jobs to become mushroom growers

Because they planted the area around the ponds at the time, they can’t change it. Fortunately, as earthworks have settled and their new neighbours have also begun planting, the water that enters their property now runs clear, rather than being loaded with silt. 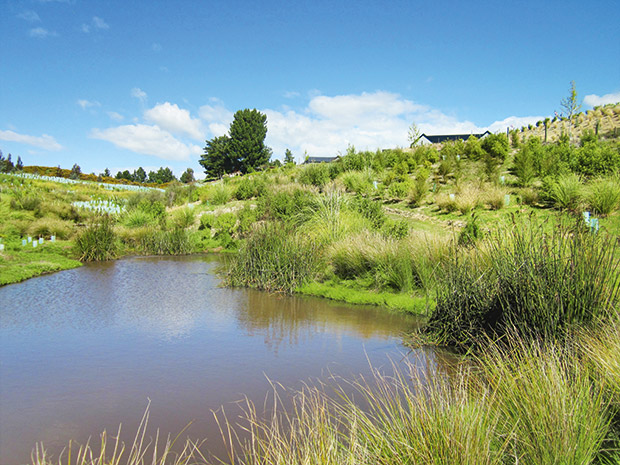 The boggy patch is now a stunning feature of the couple’s block.

“We’d compartmentalised the property and looked at the wetland almost in isolation from the rest of the site,” says Christine. “(The plan) helped us to join the dots.”

Now they know it’s crucial to think and plan years ahead.

“What do we want our land to be like in five years’ time? That’s the next stage,” says Christine. “We’re on a journey, but we haven’t found where we’re going yet. That’s something we need to do, and the planning has prompted us to do that.”

• The quality of the trees is the most important thing. Ask around to find the best nurseries in your area.

• Buy plants in root trainers, not PBs (plastic bags), as they’re easier to plant, and have straight roots. Trees grown in PBs are often rootbound, with spiralling roots. Fixing spiralled roots at planting is time-consuming and increases the risk of transplant shock.

• Don’t use an auger to dig planting holes. They watched a neighbour use an auger to plant trees and then watched many of them die. An auger creates a smooth wall inside the planting hole, which is difficult for roots to penetrate. In wet soil, it also prevents water from draining away.

• Do regular maintenance – it’s vital to keep weeds suppressed so small trees don’t get swamped by them.

• Use plant guards. Christine says hares and rabbits are the most troublesome pests on their block. Plant guards work to protect vulnerable young trees – use 450mm-high ones if you have hares. The hares also like to use the pathways the couple has created through the wetland, so they leave plant guards in place longer around trees edging the paths than in other areas.

• Serious drought over the past two summers has made things even more difficult in their traditionally dry climate. The couple has resorted to hand watering some of the young trees through summer. They use coloured flags so they’re easy to spot.

WHY THEY DON’T SUCCESSION PLANT

Many native restoration projects use succession planting. Hardy, fast-growing ‘nursery’ natives are planted first. These protect longer-living, more sensitive trees which are planted later, and eventually take over the canopy.

Christine remembers Rob telling her, “Succession is the theory, but you haven’t got time to wait!”

The one concession was short-lived tagasaste to shelter their young beech trees. They also found rimu do better if they’re planted a year after everything else.

“But mostly, we planted everything in together,” says Christine. “We now have kahikatea way taller than me. They were planted three or four years ago into open ground and have done really well. Maintenance is more important than the succession.”