Citrus gets sweeter the longer it hangs on the tree. Orchardist David Whyte used to measure the sweetness of his fruit using a brix meter. These days, he has expert taste testers. “When our (daughters) say, ‘this is really yummy, can I have another one?’ it’s time to start picking.”

When he isn’t running the family’s Waikato citrus orchard, David is the highly respected president of the New Zealand Tree Crops Association, leading 14 branches and 1500 members nationwide, coordinating and promoting the growth of and research into productive trees in New Zealand.

His commitment to tree crops started with a book. He and Tiffany used to live on a 500m² section in Huntly with their three daughters. When David read Discovering Fruit and Nuts by NZ author Susanna Lyle, which describes over 300 food-producing trees for temperate and subtropical climates, he wanted to grow them all. As the girls and trees grew, their urban section quickly filled up. In 2011, they bought a small block at Ohinewai. All it had was a front gate, a shelterbelt, and row after row of 30-year-old sweet navel oranges and tangelos. 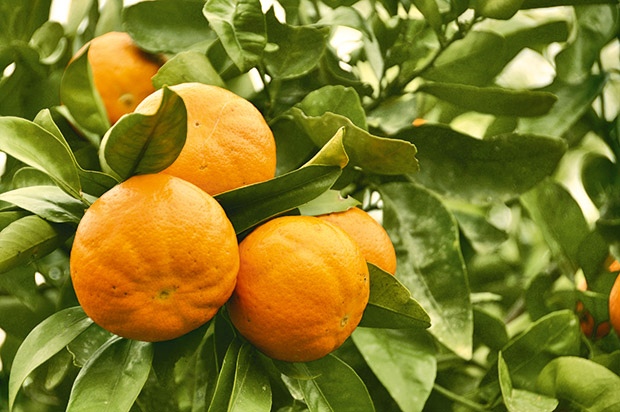 David’s background is in biotech. Tiffany works in banking and property management. Neither knew much about growing citrus, selling, or marketing, and they had no idea how much work it would take.

They cleared a patch of land, put a home on it, and jumped headfirst into their first citrus harvest. The whole family spent every weekend picking, cleaning, packing, and selling oranges. Life was work, school, oranges, seven days a week. It wasn’t quite the lifestyle they dreamed of, says David.

Then they discovered Ooooby. These days, David picks to order on Mondays, and the family helps him wash, grade, and pack. On Tuesdays, he makes the hour-long trip to deliver the fruit to Ooooby’s Auckland depot, leaving their weekends free. Because they wash the citrus (mostly to remove bird droppings), David has recently had to plough through MPI’s 60-page manual and get their block’s well water tested. He then had to submit a five-page application to use it. He says he’s not expecting any change from $700, which is a lot of oranges to sell. Oddly, under food safety rules, the Whyte’s could sell the fruit directly to consumers, bird poo included, with no paperwork at all.

David’s primary goal has always been to produce nutrient-dense food for his family. His first step was to go chemical-free. He did soil and leaf tests to determine what nutrients their plants were (and weren’t) getting from their block’s very sandy soil. He applied zinc, magnesium, cobalt, selenium, and iodine.

Today, he uses ground basalt (a volcanic rock) that supplies a range of minerals and trace elements. But even with the extra nutrients and the addition of tonnes of mulch, David says it wasn’t until he started introducing biological additives that he noticed the soil biology start to improve.

He says he’s found the most effective is a biodynamic soil spray called Preparation 500, and a range of mycorrhizal fungi. After applying them, he saw a jump in plant health and noticed a more diverse range of insects. He adds Trichoderma fungi to planting holes for protection against root rot (phytophthora), and to improve plant growth. David and Tiffany with daughter Yasmin.

‘Free-floating’ bacteria are applied to the soil to fix nitrogen, mine phosphate, and clean up crop residues. “Our place, being dry soil and not (previously) managed biologically, lacked a healthy range of microorganisms,” says David. “The nitrogen-fixing bacteria live in the soil and fix nitrogen, (but) these bacteria are free-floating, instead of being associated with a plant.”

Other bacteria are mixed with leaves and ‘chop and drop’ nitrogen-fixing plants on the south side of trees. They speed up decomposition, help to keep the soil damp, and improve its biological activity. When all the different bacteria die, the nutrients they hold become available to other soil microorganisms and plant roots.

Every year, they spread 20m3 of mulch, and ash from the fireplace, around the orchard. Free-range chickens and ducks spend all day cleaning up dropped fruit and bugs, and excreting manure. The results are evident. Lush greenery covers the entire property. Tagasaste, feijoa, camelia, flax, alder, and cabbage trees form shelterbelts that hum with bees. The road frontage has a wicked-looking row of prickly pears (which taste great in nachos, says David). The citrus is interspersed with a diverse range of fruit trees, including plums, apples, pears, quinces, peaches, nectarines, and apricots. David has discovered the more trees, the less frost, so he’s been able to add the subtropical trees he read about in Susanna Lyle’s book. Avocadoes on the northern boundary drip with fruit. Figs are pruned to a wedge to allow maximum heat to help ripen the fruit. He’s planted cherimoya, casimiroa, a mountain coconut, and monkey apples. Out the back, cape gooseberries sprawl amongst yarrow, borage, and daffodils.

A carpet of violets – one of David’s best groundcovers – covers the gaps between trees. He says he’s always experimenting with what he can grow, and how he can process it. “It’s a never-ending discovery of soil, climate, cooking, and brewing.”

Biodynamics is a form of organic agriculture ﬁrst described in the 1920s by Austrian philosopher Rudolf Steiner. Many of the practices are the same or very close to organic methods. What distinguishes biodynamics is its required use of nine preparations (numbered 500-508), which are thought to improve the soil and increase crop yields.

More stories you might like:
How shiitake happens: 7 reasons why beginners have problems growing this popular fungi 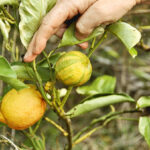 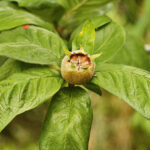 A medlar ripening on the tree – these mouth-puckering fruit need to be almost rotting before they can be eaten, and are used in jams and jellies. David sprinkles fungal spores around their block, to help break down woody mulch. 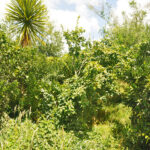 The food forest, including many subtropicals, fills in the gaps among the citrus.

In NZ, the Biodynamic Farming and Gardening Association runs Demeter, a recognised worldwide organic certification system. A scientific review in 2013 looked at the published, peer-reviewed science behind the use of biodynamic preparations, and their effect on soil life compared to organic methods.

“Given the thinness of the scientiﬁc literature and the lack of clear data supporting the efﬁcacy of biodynamic preparations, biodynamic agriculture is not measurably distinct from organic agriculture and should not be recommended as a science-based practice at this time.”

THE PRESIDENT’S PASSION FOR GROWING TREES 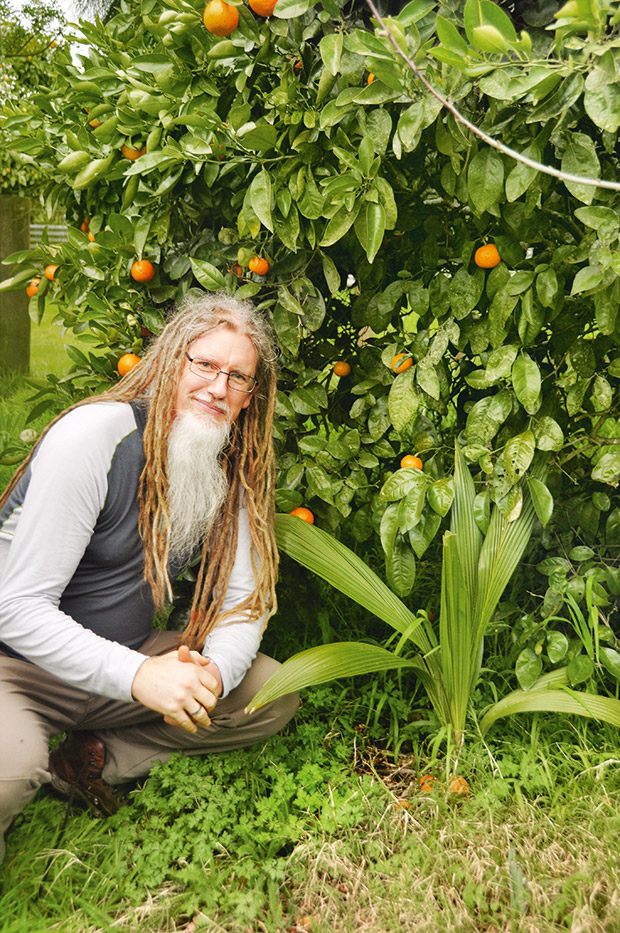 Ooooby – Out Of Our Own Backyards – buys produce direct from growers and delivers it by the mixed boxful to customers. It’s basically an online farmer’s market operating in the Auckland, Waikato, and Christchurch regions. At least 50% of the retail value of all box deliveries goes back to growers, to encourage small-scale sustainable farming. ooooby.co.nz