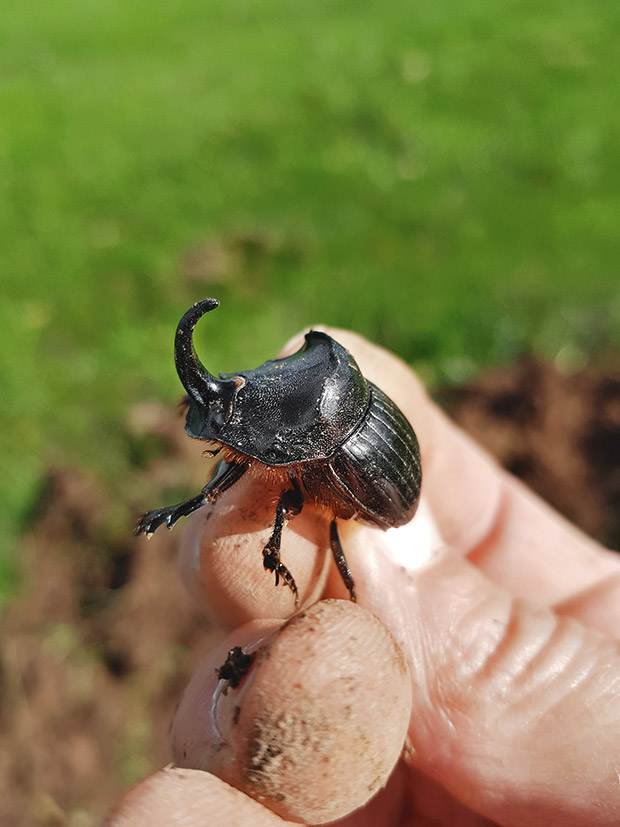 A Whenuapai firm aims to revolutionize New Zealand agriculture by breeding an army of underground critters.

Dung beetles are  extremely inconsiderate of the summer holidays. During the sunny months, when the country shuts down, summer-season dung beetles are hard at work at Dung Beetle Innovations (DBI).

The firm’s three-hectare breeding shed in Whenuapai teems with critters, but rural couriers services are closed, meaning the beetles can’t be shipped to their future homes. To prevent them from flying away, Dr Shaun Forgie, an entomologist and DBI’s co-founder, has to get the beetles to chill out in industrial fridges until delivery is possible after the holidays.

“This is just one of the challenges of working with a living organism. The beetles can be a handful, but unlike children, they aren’t picky about what they eat, as long as it is livestock manure.” 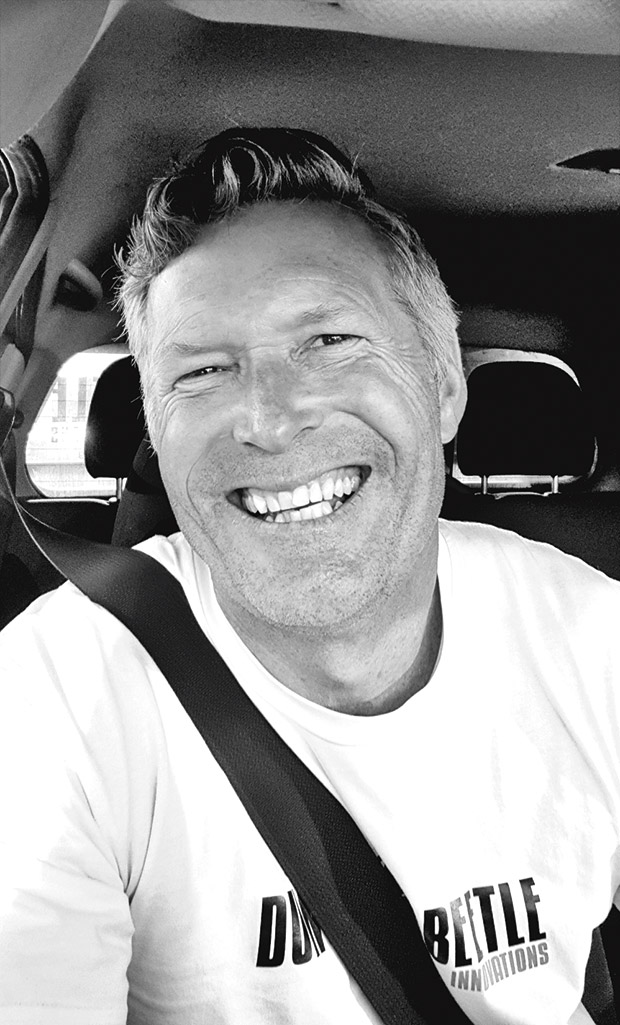 Dr Shaun Forgie is an entomologist and co-founder of Dung Beetle Innovations.

Dung beetles dine on the manure of all grazing animals, including cows, sheep, alpacas and horses. Adult beetles feed on dung before tunneling beneath the manure, then filling their tunnels with balls of dung in which they lay an egg.

In most parts of the world, dung beetle species have a symbiotic relationship with livestock. Not so in New Zealand. New Zealand has native beetles, but they are adapted to a forest environment and are not much help at cleaning up cowpats.

“We’ve brought livestock to this country without dung beetles that have evolved to process their manure. It’s a broken ecological system where we have stock without the natural clean-up crew,” says Shaun. “When I first started studying dung beetles in New Zealand in 1994, I could see we had a major problem with the recycling of materials in our pastoral environment.”
DBI’s eight species of dung beetle (which are native to southern Africa, the Mediterranean and south-west Europe including southern England) can sustainably enrich New Zealand pastures with carbon with no need to lift a spade or spray with fertilizer.

By removing manure from the ground surface, this underground army of creepy-crawlies is also a solution to New Zealand’s water pollution problems. One recent published study saw an 80 per cent reduction in the run-off of contaminants on pastures colonized with dung beetles.

“I believe dung beetles can fix many of this country’s problems and will be more effective than riparian planting schemes in stemming the surface flow of contaminants entering our waterways,” says Shaun.

Dung beetles can also improve land use (cows will naturally avoid areas with manure), help reduce dung breeding flies, as well as parasitic gut worms. Some research suggests dung beetles could reduce the production of methane and nitrous oxide in fresh manure, although more research is needed to quantify the benefits. While dung beetles are a game-changer in New Zealand agriculture, establishing the firm was a long process that began in 2009 with iwi consultation and an application to ERMA (now the Environmental Protection Authority). This five-year compliance process included submission of a risk, cost and benefits analysis, the presentation of hundreds of published studies and several trials to ensure that dung beetles would not be invasive or adversely affect New Zealand’s ecology.

It was a long and at times infuriating process. In 2011, DBI was permitted to introduce 11 kinds of dung beetle, and in 2014 it set up the world’s largest commercial breeding facility. It currently sells about 600 beetle colonies per year, making a profit for the first time in 2018.

Dung beetles are delivered in containers by courier. A farmer has to release the beetles onto fresh dung piles, and the beetles will go on to colonize a paddock. Colonies can expand up to a kilometre per year.

Headwinds: Shaun was to start a government-funded dung beetle scheme, but this has yet to happen and has hindered the company’s growth. In the meantime, it has had to sublet part of its facilities. DBI needs $35 to $40 million of funding during the next 12 years to fund a national scheme.

Tailwinds: The Greater Wellington Regional Council subsidized the cost of dung beetles to farmers in the area. More than 200 colonies have been established in 49 farms, which makes up 20 per cent of farms in the catchment. This large-scale colonization will help the region with freshwater quality and act as a case study for other parts of New Zealand.

What’s next? In 2020, Dung Beetle Innovations will introduce two more approved species of dung beetles that are abundant in spring. DBI is also involved with a large-scale colonization project at the Whangawehi catchment in Mahia.

This is funded by Beef +Lamb’s Regenerating Hill Country project and Meat & Livestock Australia, which will compare the results with findings across the Tasman.

14 million tonnes of manure produced by sheep, plus horses and alpaca each year