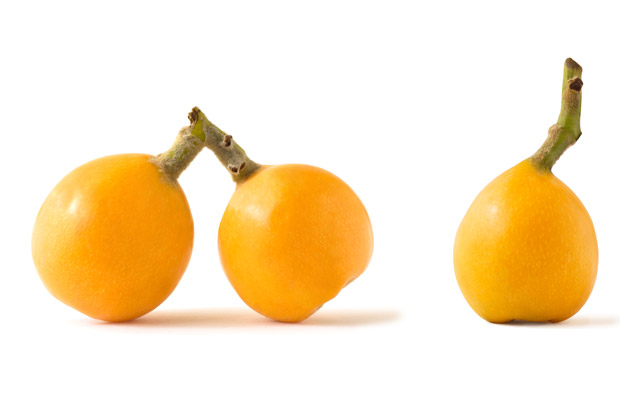 Update: While loquat are delicious, they’re very weedy. In Auckland, as of September 2022, you:

– will not be allowed to breed, distribute, release or sell loquat within the Auckland region.
– will not be allowed to plant loquat within the Auckland region, unless you are transferring an existing plant on your land to another location within the boundaries of the same property.
– must destroy any loquat on land that you occupy if it has been planted in breach of the above rules and you are directed to do so by an authorised person.

Loquats present a rare opportunity to wax lyrical. To me, they are juicy little balls of luscious gold suspended in space just waiting to be plucked. I could even be outrageous and wax loquacious about these mostly unappreciated, fruit.

I’ve heard many people say that because of their make-up – that is, enormous pips with not a lot of flesh – it’s a lot of work for little return.

But if you’re patient and don’t mind a bit of juice dripping down your chin, then loquats are a tasty snack. As my sons discovered, the pips also make perfect ammo for a slingshot.

When I was a child, we had a huge old loquat that was like a house. Its outer branches came right down to the ground on three sides and provided an excellent hidey hole for our childhood games. 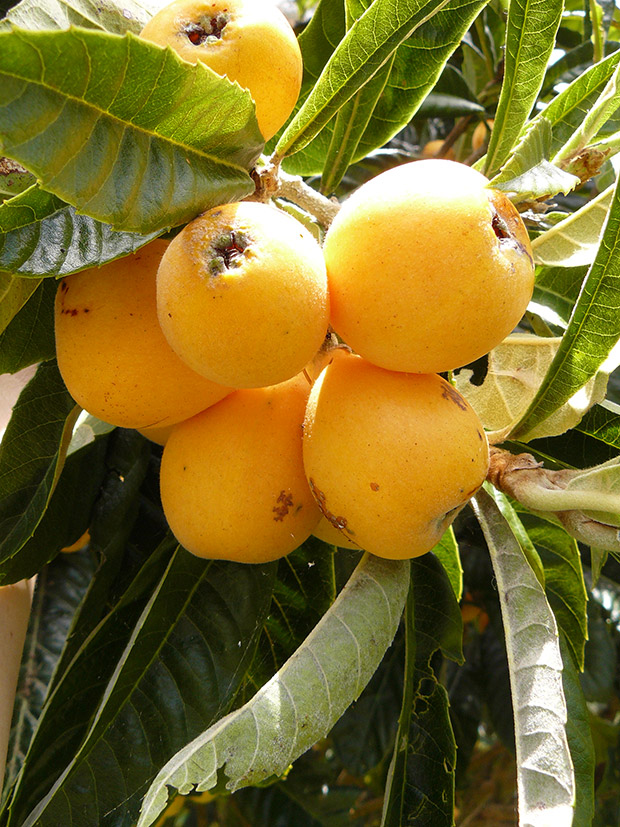 When I was in need of loquats for my culinary experiments as an adult, I contacted Liz Cowan, owner of the abundantly prestigious five-star Kamahi Cottage, near Otorohanga in the King Country.

Her loquat tree was laden. Large, juicy and ripe, and even her husband was amazed that the birds weren’t gorging themselves on such a feast. I picked two bags full, accompanied by extensive taste testing of voluptuous, round golden orbs.

Loquats are easy to grow from pips and often you will find seedlings sprouting under an established tree. I love to feel their big leathery leaves with their definitive ribbed surface and am always compelled to stop whenever I spot one growing in the hope that there will be a seedling that I can plant somewhere to provide that rare thing in December: fresh fruit. 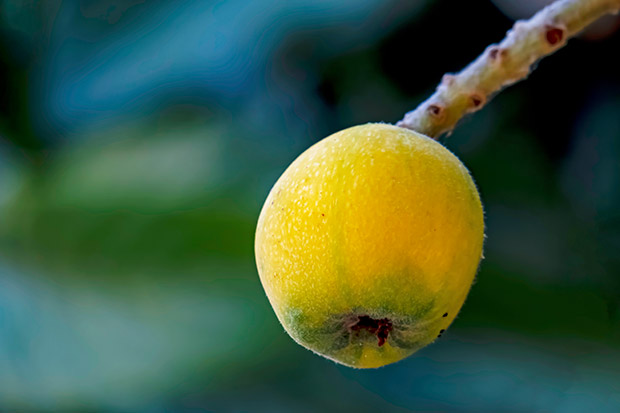 This is the greatest thing about loquats as far as my husband and I are concerned. They appear in November and December, when there isn’t much else around in the way of fruit.

They migrated here from China and Japan, making themselves quite at home in New Zealand, especially along roadsides, no doubt generated by the odd pip or two being flung out a car window. That’s where my husband and I can often be spotted, reaching up into the branches from the roof of the car, competing with the waxeyes for those sun-kissed orbs.

Pick loquats in bunches with the stem attached, then break them off individually as you require them. That way, the fruit flies won’t get at the juicy bits and your fruit will last much longer. They tend to go brown pretty fast so keep them in the fridge if you have a big load.

To be honest, you will lose a lot of flesh in the process of peeling loquats and there is really no reason for it.

The skin is thin enough that it just becomes part of the texture of jams and chutneys, and if you are making jelly you’ll be only using the juice. So unless you are a glutton for self-punishment, skip the peeling.

Loquat pips contain low concentrations of cyanide. There are claims that they can be dried and eaten like apricot pips to fight cancer but there have been no studies done yet to prove this.

It is also said that if you want your loquat jam to be spicy, throw in a pip or two. Can’t say I’ve tried it though and I haven’t found a possum who can tell me just how much of that ‘spiciness’ is enough. Mix all filling ingredients together and let stand for half an hour.

Pop all topping ingredients into a kitchen whiz and pulse until combined. Spoon over the loquat filling and sprinkle with 3 tbsp of brown sugar. This is a deliciously different jam, very hearty and not unlike marmalade in texture, however the taste is truly golden. How thick you choose to make it will determine how much of the flavour comes through. Divine on scones, pikelets, pancakes, stirred into plain yoghurt or simply on toast.

More stories you might like:
A guide to growing curry and why this ancient herb is what your garden is missing

Pop the loquats into a large heavy bottom pot and add 2-3cm of water.

Bring to the boil and them simmer for 20 minutes until the fruit is soft. Mash thoroughly and measure cup for cup with sugar.

Optional: If you want a slightly less sweet jam, measure one less cup of sugar to loquat pulp. If you don’t like the idea of skins in your jam, mash the whole lot through a colander or sieve.

Bring slowly to the boil again and then simmer for about 40 minutes until thick.

Bottle into sterilised jars and seal.