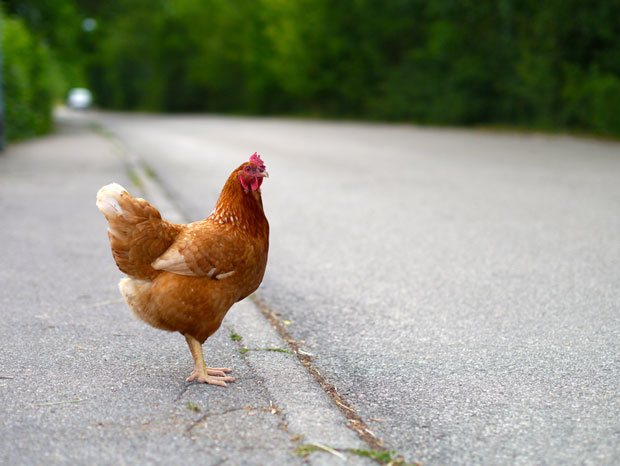 Everyone has seen poultry dumped on roadsides and around parks , but it’s a cruel practice that those who love poultry are trying to stop. WARNING THIS STORY CONTAINS SOME IMAGES SOME READERS MAY FIND DISTURBING.

Ruthie Henchman loves chickens, which is why she spends a lot of her time helping those she finds dumped in parks, bush areas and on roadsides.

“I have dog crates that I can rig up so I can pull a string when the birds are in the cage. Sometimes they can be caught from the trees at night, or herded into nets. Some are so tame that I can just pick them up. I’ve grabbed roosters that were so intent on killing each other they didn’t even see me coming.” 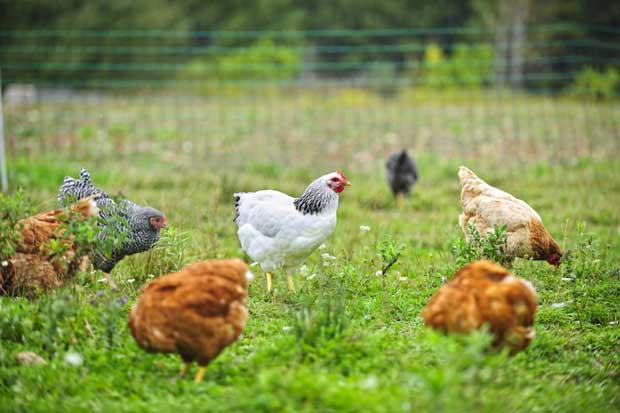 She has witnessed plenty of horrors in her work and knows that the birds she can’t catch are doomed to die, often in pain and distress.

“What I ascertain from that is that people are just dumping their problem birds in those places instead of getting them veterinary help, and this is against the animal welfare legislation in this country.

“We’ve found ex-battery hens with egg peritonitis, birds with broken legs, tumours, one rooster with a slug gun pellet that had broken his lower jaw so that he couldn’t close his beak, as well as the usual parasites etc. Fighting injuries can be severe too, especially if someone dumps a new bird amongst the existing roosters. It has been a real eye-opener.” 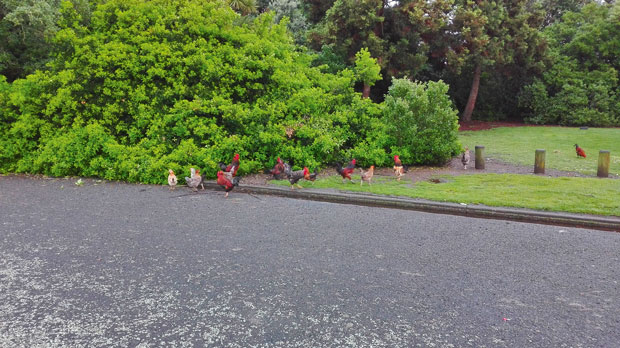 Poultry may seem pretty self-sufficient, but they’re not. When you decide to take on any pet or livestock including chickens, you also take on the responsibility for housing and feeding them, their health, and how their life ends. You need to be prepared to attend to any livestock’s health needs by observing when it is sick and needs treatment, by obtaining treatment or by making the decision to end its life so it is not suffering.
Breeding poultry leads to more of these decisions. For example, statistically 50% of a clutch of eggs may be roosters, and you need a plan on what you’re going to do with those birds, and it needs to be humane. For the people who can’t face the full responsibility of caring for poultry, their ‘solution’ is to dump birds, often where others have been before, creating colonies of chickens – mainly roosters – which proliferate around rest areas, parks and public areas. 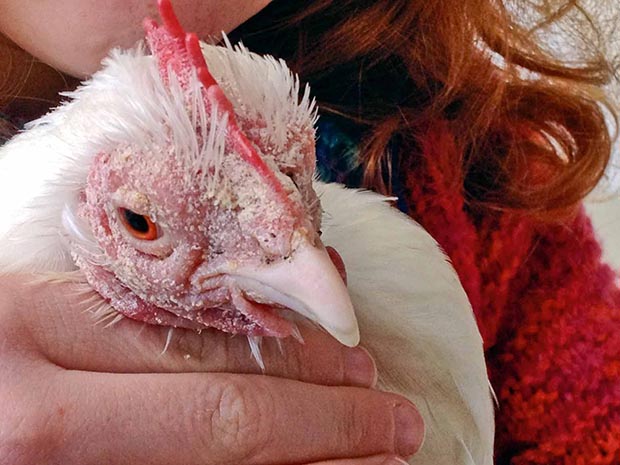 Sick chickens are often the victim of dumping.

Many people have the mistaken idea that these birds will have a happy life fending for themselves. But the reality is they are predated by dogs and cats, get run over by traffic, starve to death through lack of and/or unsuitable food, die in fights, or from injuries or infection. Hens often die after being set upon by scores of roosters and it gets very violent, with feathers ripped out, leaving open skin, and even decapitation. Chicks are lost, eaten by predators, or sometimes killed by people who think it’s funny.
No-one would take an unwanted horse down to a park and let it go, reasoning there’s enough grass and water, so it should be ok. If you’ve hatched 12 eggs and now have six strapping roosters and you can’t keep them due to council bylaws, or don’t want them because they’re loud and unruly, you need to work out a responsible and humane solution, and to anticipate that solution ahead of time.

Dumping poultry is illegal under NZ’s Animal Welfare Act. If you spot anyone abandoning animals, Ruth Henchman suggests noting a number plate and taking a photo if possible as this could form the basis of a prosecution under the rules.

“I find now that when I see roosters advertised I make a note to keep an eye out for the same birds at the nearby dumping sites, and I often save the pictures as evidence.”

If you ever hear of anyone suggesting abandonment as a way of disposing of their surplus birds, suggest other more humane ways of dealing with them, for example using an air gun, or using a swift neck-breaking technique.

There are groups of people around the country who are willing to take unwanted birds and rehome them or dispose of them in a humane and responsible fashion. You can also contact experienced poultry breeders for help through your local poultry club.

“What I would like to see for the future is people adopting more,” says Ruth. “And breeders taking more responsibility, and more education for people thinking of hatching eggs.” 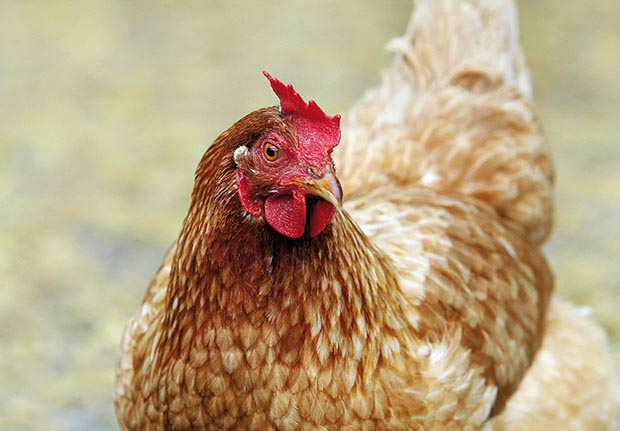 LEGAL OBLIGATIONS OF OWNERS AND PERSONS IN CHARGE OF ANIMALS

The owner or person in charge of an animal has overall responsibility for the welfare of the animal in his or her care. The legal obligations set out below are not an exhaustive list of the obligations in the Act.

(a) The owner or person in charge of an animal must:

(i) ensure that the physical, health and behavioural needs of the animal are met in a manner that is in accordance with both good practice and scientific knowledge;

More stories you might like:
How to control and prevent pests in the garden the natural way

(ii) where practicable, ensure that an animal that is ill or injured receives treatment that will alleviate any unreasonable or unnecessary pain or distress being suffered by the animal, or that it is killed humanely.

(b) The owner or person in charge of an animal must not without reasonable excuse:

(i) keep an animal alive when it is in such a condition that it is suffering unreasonable or unnecessary pain or distress;

(ii) sell, attempt to sell or offer for sale, otherwise than for the express purpose of being killed, an animal, when it is suffering unreasonable or unnecessary pain or distress;

(iii) desert an animal in circumstances in which no provision is made to meet its physical, health and behavioural needs.

(i) ill-treat an animal;

(ii) release an animal that has been kept in captivity, in circumstances in which the animal is likely to suffer unreasonable or unnecessary pain or distress;

(v) kill an animal in such a manner that the animal suffers unreasonable or unnecessary pain or distress.

5 WAYS  BIRDS SUFFER WHEN THEY ARE DUMPED

Images: Ruthie Henchman
Dumping a bird is practically a guarantee it will die from disease or predation, and suffer before it does. Roosters are most commonly dumped and they fight, injuring and/or killing each other. 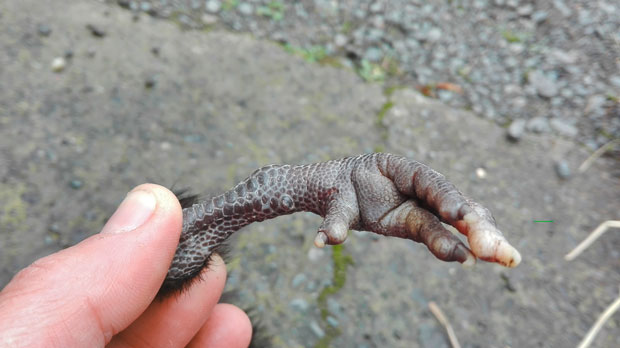 This is the broken leg of a hen found in a dumping ground with a group of around 40 roosters, all of whom were chasing her and trying to mate with her. Fortunately
she was rescued by Ruth. After weeks of cage rest, splinting, bandaging, and daily monitoring, she is now part of Ruth’s flock with only a slight limp to show for it. A torn comb, probably due to fighting.