It’s a small world: How Rio Cox creates people, potted plants and interiors at 1:12 their size Look closely — this is no ordinary apartment kitchen. The plunger is made in part with black paper, the body of a pen and the head of a pin.

Rio Cox imagined furnishing her own urban-chic apartment so, little by little, she started decorating it from scratch. She doesn’t mind that she’ll never use her posh pied-à-terre; that she will never make a cuppa or recline in the chair-and-ottoman set. Certainly not when such furnishings are 1:12 their real-life size.

Rio, a miniature maker in Lower Hutt, is adept at making everything from nothing. “You can have ‘in little’ what you can’t have or don’t want in real life,” she says. Her nimble fingers can make a potted plant from a toothpaste cap, paper and wire, and a budgie from a cotton bud. One of her larger projects is a folding display case of four storeys depicting life in Aotearoa with furniture, figures and knick-knacks all a fraction of their actual size. Rio has tinkered with tiny things since she was a child. She and her sisters enjoyed playing with their grandmother’s doll’s house and started crafting their own doll-sized items, from matchbox beds to chairs made of cork, pins and wool. In the 1980s, she began tinkering again to create little toys and figurines for her three children. It wasn’t until she attended the nation’s first miniatures convention in Takapuna that her hobby got a whole lot larger.

Rio was “absolutely hooked” after meeting enthusiasts like herself.

Miniature enthusiasm is about cross-pollinating ideas and skills, never competition. One maker embroiders immaculate little carpets on silk gauze; another makes tiny baskets by weaving strips of painted paper. “Miniature enthusiasts aren’t secretive about how they make things. We get excited when we discover a new way. We can’t wait to show everyone how to make it,” she says. 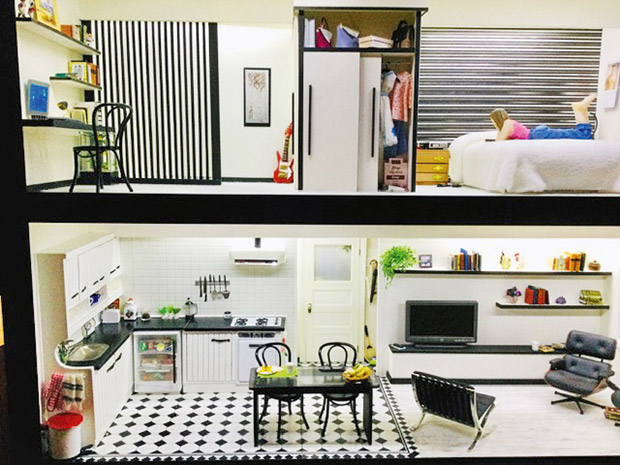 The Lower Hutt Miniature Makers, a club with about 25 members, began to take shape in 1981. At the time, die-cut kits for miniature furniture had just arrived in New Zealand. Rio recalls when one such kit arrived in Lower Hutt: “One enterprizing Wellington lady asked the craft shop owner to take down phone numbers of anyone who bought a kit and, if they were willing, call her so they could help form the club,” says Rio. Makers struggling to create everything from scratch couldn’t resist, and thus the club was formed.

Everyone has a strength, says Rio, and hers is making figures. “Porcelain dolls were expensive and almost unprocurable here, so I started making my own,” she says. She made her earliest figures from pipe cleaners padded with polyester wadding; later, she graduated to polymer clay. She eventually learned to make silicon rubber moulds for resin castings, which speeds up the process of making identical figures for workshops. 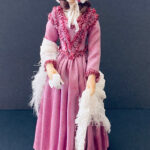 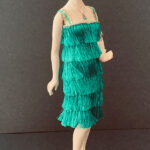 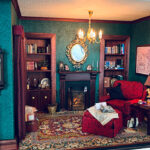 Once cured, castings are cleaned, painted, wigged and dressed. Poses bring the 13-centimetre-tall figures to life, be it a mischievous boy hiding a slingshot behind his back or a flapper girl dancing flirtatiously. Outfit inspiration often comes from watching period dramas. Rio sketches outfits and scribbles down the details, noting the draping of the fabric and the corsetry of the time (which is built in at the modeling stage). Natural fibres, such as fine cottons or silks, are then cut and glued to the figure to reduce bulky seams.

More stories you might like:
Inside the stormy world of seaweed harvesting on the tip of the Coromandel Peninsula

In 2019, a selection of miniatures made by Lower Hutt club members were selected to re-open the Katherine Mansfield House & Garden in Wellington. Rio’s folding case was one of several projects chosen, educating visitors on the transition from fussy Victorian living to Edwardian comforts in New Zealand. Even with 40 years of experience, Rio continues to be amazed at the diverse skills that merge in the world of miniatures. She is a seamstress, a painter, a sculptor and a (reluctant) woodworker. “It’s much, much bigger than dollhouses,” she says. “It’s visually recording history.” 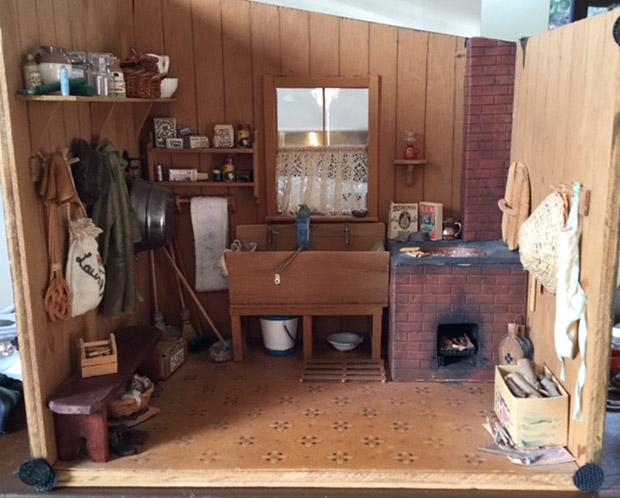 Miniature enthusiasm involves collecting and making items smaller than their real-life size, which can include houses, scenes in box rooms, furniture, figures and accessories.

Many miniature makers create items on a 1:12 scale, which means a foot-long item (30.48cm) is scaled down to one inch (2.54cm) its size. This is the international standard for doll’s house and miniature items for adult collectors, though some will make items as small as 1:144 scale.

There are 22 miniatures clubs dotted around the country, which allow members to share techniques and order materials (such as wood and mouldings) in bulk.
Learn more at nzame.org