Jim suffers in silence when his daughters go phone-free for a week.

It’s been a strange week. A quiet one. Disarmingly quiet.

There’s two reasons for that. The eldest daughter spent the week on school camp at Tongariro where there were no phones. And the youngest daughter has lost the use of her phone for a while.

The cacophony of chirping texts that bombard me most days was no more. 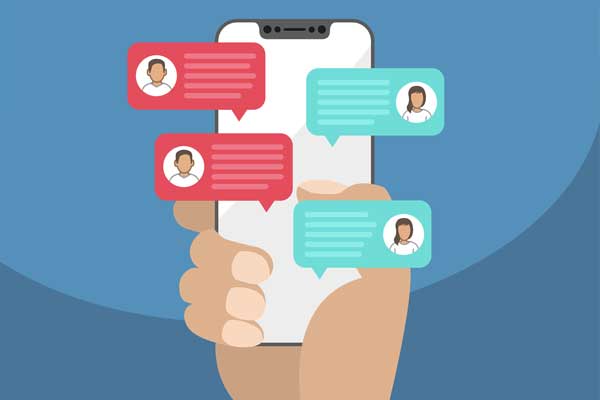 That was superb, but it was odd to be completely out of contact with the eldest daughter especially when, at the beginning of the week, an avalanche hit the ski fields.

It was nowhere near the campsite but that didn’t stop me panicking. That event kicked off a week of ignorance in an era when we know so much about everyone’s lives from their Hawaii holidays to how they fold their fitted sheets.

I do it too so I’m not pointing the digital digit at anyone but this week there were no updates from camp, no photos on Facebook of the mountains, skiing, caving and walks. There was radio silence.

It was a silence inflicted (sensibly) by the school and normally I’d love it, but for some reason it left me mildly unsettled.

Perhaps because the youngest was also phone-less so it added to the deafening silence that followed me around each day.

Usually the chirping starts on the bus with anything from traffic updates to discussing the levels of competence displayed by the drivers – who, alarmingly, go off piste on a regular basis.

The thing I’ve realised is the girls’ texting (and mine) is a stream of consciousness. Ten texts will arrive in narrative fashion when one could have been used to sum up what they wanted to say.

Soon after boarding the bus home from camp, the girls were given back their phones and the beeps began.

“I’m back people,” was the first from our daughter, sent to my wife and me, followed soon after by these five, separate messages.

She’s not alone with this staccato texting. Though the youngest’s phone now sits in the medicine cupboard, she can still message us from her computer – often during class time.

She is a devotee of acronyms and one letter answers, and the other day was responding to a text from her mum about a short video she was preparing for a fundraising event I had organised.

“I haven’t finished it yet,” was her response, which is decent English. Then came –

“Im in class.” (I was sorely tempted to reply with correct punctuation.)
“We just finished pe.”
“We played netball.”
“And the boys got so salty.”
“Bc they keep getting called up.”

Turns out the boys weren’t happy (salty) at being penalised for anyone of netball’s many rules.

Later that day was a series of 11 texts and when I asked if she’d not thought to pause for a few seconds, compose her thoughts and then send one text, it was as if I’d suggested she fly to Mars.

But then, most of my texts are of the practical variety – “please buy some milk”, or, “can you ring me”.

The latter is a favourite because I still think that if you’ve sent more than two text messages in a “conversation” you might as well just call the person you’re texting.

But then, I’m a dinosaur.

It’s been two tough weeks for the youngest who, in a proper conversation the other day, bemoaned not being able to message her mates.

“Do you know how much I miss talking to my friends,” she asked, oblivious to the fact “talking” in this instance was actually messaging.

“I’ve had to resort to reading.”

See? There is a positive side to this punishment.

And there was a flip side to the eldest being out of touch for a week. She had lots to say when she got home.

We picked her up from school and for the 30 minutes it took to drive home she talked non-stop in a machine gun fashion, regaling us with the highlights from her week ago.

It was wonderful to hear, even if much of it needed to be run through the teenage translator so we knew that sic was cool, beast meant she was good at something and frothing was being excited.

It was a full on, one-sided conversation that ended in the driveway.

After her first truly hot shower in a week she collapsed into bed at 8.30pm and slept through to 7.15am when we needed to be up and getting ready for netball.

I was just out of bed when the phone beeped.

“Any chance of eggs for breakfast,” was the cheeky text that broke the rule of no texting within the house.

Yes, she’s back. And for now at least, the beeps are bliss.