It’s the end of an era as Jim Kayes prepares to cut the cord to the land line.

We’ve axed the land line.
The blade had been poised for quite a while as the number of calls to the home phone dwindled as communication via text, Messenger and calls to our mobiles increased. 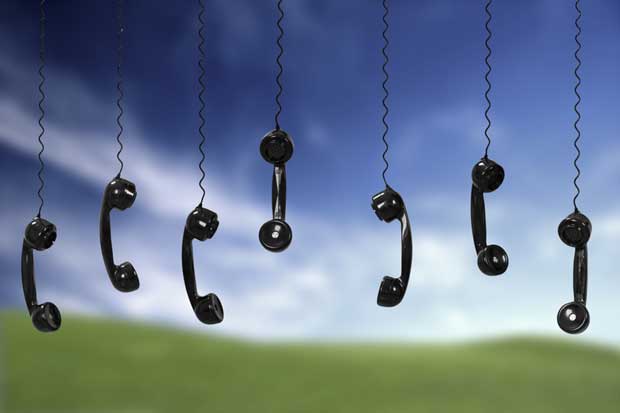 We’d tried to give it the chop a few times, but every time Vodafone had offered discounts elsewhere if we kept the landline. I don’t know why, but I’m sure there is a commercial reason.
But enough was enough when yet another sales person rang at dinner time, this time to ask if we wanted the New Zealand Herald for $6 a week. It’s a bargain, I know, especially when compared to what it would cost if I’d bought the paper every day in the shop.
And for a bloke who has ink in his veins, who grew up reading that paper and who worked as a print journalist for almost two decades, not having a paper delivered to the letterbox is almost akin to not breathing.
But why would I pay even $6 a week for something I can read for free online? It is the issue killing the industry I love, but it’s the times we live in. Just look at the telephone.
It’s gone because only two people we care about ever ring us on it – my Dad and one of my sisters. I flicked a message out to the family on Facebook messenger, and it prompted most of my siblings to declare that they would follow suit because of they, like us, saw little use in the home phone.
For my younger sister, this must feel like severing a life-long umbilical cord because she can chat on the phone like no one else on this planet.
As a teenager she’d spend hours on the phone, only to end the conversation by saying “ok, I’ll come over now”. When I’d bravely point out she could have popped over hours ago and chatted in person, it was met with a look that only sisters can produce for brothers.
Axing the phone was easy because we have four mobile phones in our house. It’s staggering really, but as the girls moved into intermediate school, we bought them each a basic phone and have them on the cheapest pre-pay option.
Somehow they think that by scrapping the landline we now need to improve their phones and plans.
“I need more minutes,” the eldest said sweetly, “so I can call you.”
She’s going to be disappointed by her parents yet again.
When she came home from her first day at intermediate, she said they’d had to put their phones in a box during class time and innocently (I think) asked if I’d done the same at school. 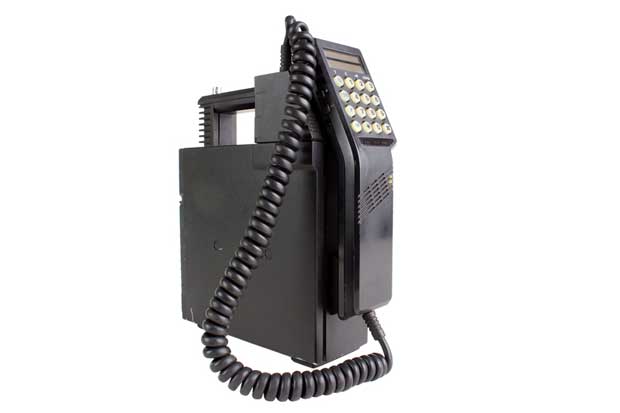 I was 24 when I first used a mobile phone while working for the Waikato Times. It looked like something the army would have as it came in a big case with a long, coiled cord. It would be another four years before I owned one – and that one my wife and I shared.
The phones-in-a-box at school question prompted me to wander around the house with the girls in tow pointing out the myriad of things that didn’t exist when I was their age, like a microwave, computers, fridges with water taps, and colour telly.
Then there are the things that cost me money each month that my parents didn’t have to even think about. Broadband isn’t cheap; then there are entertainment options like Sky, Netflix, Lightbox, Neon, Spotify, Itunes to name just a few.
I suggested soon after scraping the phone that we could kill off Spotify too and just listen to the radio (via the internet because we don’t actually own a transistor radio).
“You’re just trying to wind me up,” said the youngest who seldom watches conventional television, getting her viewing fix from the variety of online options instead.
Surprisingly, she then went through a decent list of reasons why getting rid of the landline was a silly move too, saving the best for last.
“So tell me, Dad,” she said with a smile, “what are you going to use now to ring your phone when you’ve lost it?”
Hmm, she has a point.