“Dad,” the youngest said, “boys are less annoying these days. They’ve finally decided to grow up.”

This from a 13-year-old who, it seemed only yesterday, treated those lads with derision. I liked it that way. And yes I know I need to be more tolerant, that I have to accept the girls will have boyfriends and that I need to get over myself.

But saying that, typing that, and actually feeling that are very different things. I was a boy once. I know what they’re like.

The toughest part of parenting isn’t sleepless nights when they are babies, changing nappies, teething, the terrible twos and troublesome threes.

It’s not trying to keep up once they’ve learnt to walk, or dealing with breaks, sprains, colds, flu, snotty noses and chickenpox. It’s not any of the things that cause us all to be frazzled, slightly deranged mums and dads for years on end. I thought it was, but I was wrong. The toughest part of being a parent is letting go. 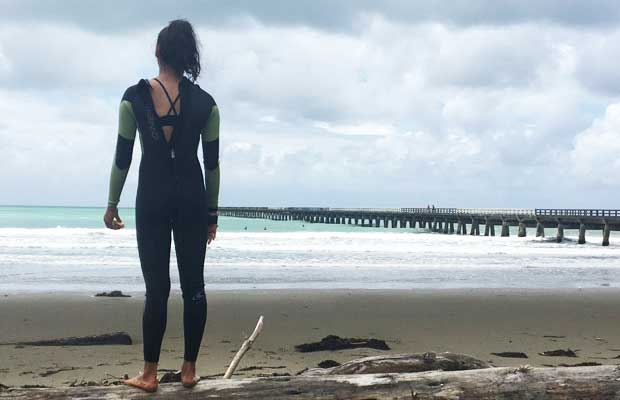 It will happen in a few months when the eldest goes to the university halls, living a life away from her parents which, don’t get me wrong, will be good for her and for us. But it will leave a hole too. And it’s happening with the youngest as well as she gets older and moves into different stages of her life, including those pesky boys becoming less annoying.

It’s not that I’m truly worried, because we are growing strong, stroppy, independent young women who will cope with whatever life throws their way. And they have a keen sense of justice and awareness of the imbalances that exist in different areas of our lives. The youngest noticing that most of her bus drivers are older men but few of them are women. Sometimes, they face casual racism. These are topics I enjoy discussing with them… but this boy business has me on the back foot.

I asked the youngest about one boy in particular – how had he changed?

“He used to act like a five-year-old and would cry all the time,” she said. “He doesn’t do that now.”

When she talked about another lad she sounded far too old for her years.

“I think he likes me. There are times when he tries to flirt with me but he’s a bit awkward. He’s not the best ladies’ man,” she finished, roaring with laughter at her own joke. 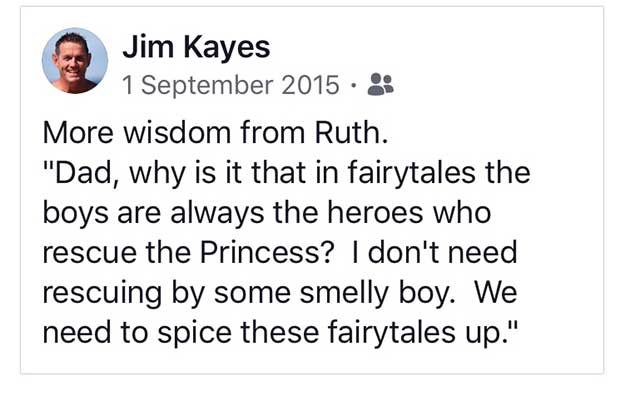 I know how the poor fella feels. Stories of my failed attempts at romance are the stuff of legend in my family. One girl earned a family nickname for her persistent refusal to call me back. Even today, 25 years since we met and after almost two decades of marriage, I get the sense that my sisters are relieved my gorgeous wife took pity on me.

What also freaked me with the youngest was when she declared there were condoms in the school toilets. She eventually revealed they had been taped to the walls and doors as a bit of a farewell prank by the year 13 students, along with the sage advice to practise safe sex. Education happens inside and outside the classroom.

They are much more sophisticated, my daughters, than I was at their age, but that knowledge just makes the heart race faster. As much as I love seeing them mature, I’m aware it’s happening at a breakneck speed.

“Dad,” she said back then, “why is it that in fairy tales the boys are always the heroes who rescue the Princess?

“I don’t need rescuing by smelly boys. We need to spice these fairy tales up.”

Ah yes, those were the days.