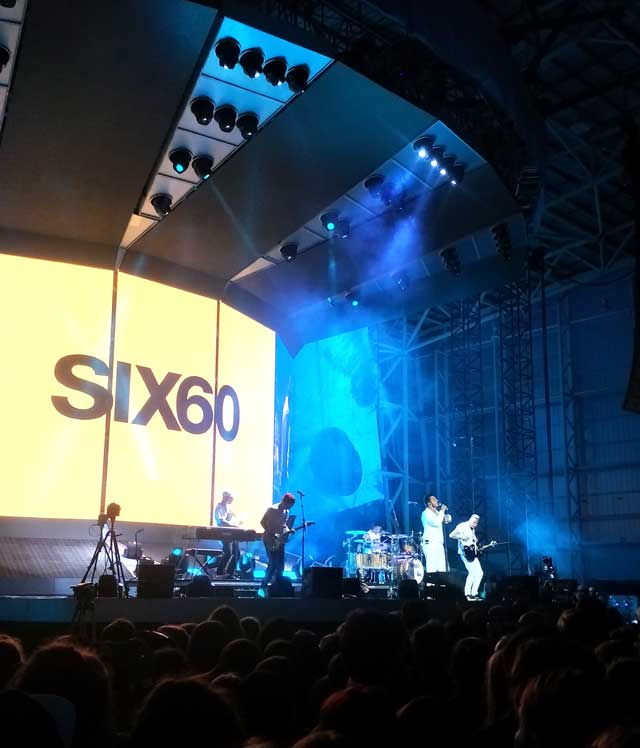 As Jim nervously lets his daughter loose in Six60’s 50,000-person deep crowd, he recalls his own gig mischief as a teen.

It was during a rousing rendition of Queen’s Bohemian Rhapsody that my wife and I looked across the heaving mass of people in front of the Western Springs stage and had the same thought.

Our 16-year-old daughter and three mates were down there, somewhere, squeezed into the mosh pit with tens of thousands of others.

“Do you think she’ll be ok?” I asked as Queen’s anthem finished and we awaited the arrival of Six60 for this historic concert in front of 50,000 – the largest crowd for a Kiwi act in New Zealand. “She’ll be fine,” my wife replied, unconvincingly.

Later we both admitted we’d kept a steady eye on the big video screens as the cameras often swept across the crowd, just in case our little baby featured on some lad’s shoulders.

We didn’t spot her, she had been hoisted high by a boy she knew from Spirit of Adventure, and she’s not our “little baby” any more. In fact, neither is the youngest.

Sure, they still curl up on the couch or on our bed for a cuddle and a chat, but our girls are walking their own path and they’re increasingly doing that without us. Dealing with that can be tough.

There was also a huge level of what I call “parental hypocrisy” in my Six60 worries. I went to my first concert as a 14-year-old when The Police played at Western Springs and a group of older teenagers cut and pulled down the chain fencing.

My mate and I had told mum we were going to sit outside and listen but when the fence came down we joined the throng and piled through the gap. (Tickets were only $18.50, which seems incredible, and a bloke called Bryan Adams was a warm-up act).

My older sister jumped the fence to see David Bowie a year earlier. There were just under 75,000 who bought tickets for that concert, the biggest still in New Zealand, but many more jumped the fence. My sister landed on a broken bottle, slashing her feet open and having to sit with St John’s medical staff while the ziggy starman played.

There is a fairly obvious moral to that story.

My older brother helped with security in front of the stage at that concert, just metres from Bowie but he spent most of the night ferrying teenage girls to St John’s. It’s a tale I told my daughter as we drove to the concert.

I could tell it was falling on deaf ears and she confirmed when we drove home later that they’d been well and truly in the thick of it. It’s a parent’s duty to fret just as it is our children’s to push the boundaries.

The eldest became an IRB driver with our surf club late last year and my wife was there at a rough and stormy Te Henga (Bethells Beach) on Auckland’s west coast for the final test.

She was terrified as the waves monstered the little boat but our daughter was exhilarated. “I still remember that day,” my wife said when I brought it up again, “my heart was definitely in my throat.”

We want our kids to be explorers in and of life because it makes them interesting, knowledgeable and, hopefully, more sensible, but letting go is not easy. Driving has to be the worst fear because no matter how good your child might be, there is always the potential for the other driver to be an idiot.

Teaching them to walk away from a potentially dangerous, stupid, risky or perhaps illegal moment is tough too because peer pressure can be immense. I’m confident our girls have their heads screwed on right, largely because they are so good at taking the mickey out of me when I check in.

The youngest is a perennial wind-up merchant and when I called during a quiet moment between acts on Saturday night she didn’t disappoint. She had a friend over, staying the night and to keep her company while we were out.

“Is everything ok?” I asked. “Yep, we’ve invited some 18-year-old boys over for a party so we’re fine,” she replied.

Give me the mosh pit any day.

More stories you might like:
Lucy Corry’s Blog: Kitchen jobs ranked from worst to best
Discuss This Article