Jim Kayes has been a journalist for 25 years. He survived growing up with four sisters and is now married with two daughters. This week he ponders different ways of grieving and wonders, yet-again, if those daughters aren’t a step ahead of him.

It took a second cancer, unconnected to the first, to get her and there was little that was dignified or kind about the way she died.

What’s also sad is that my girls will never truly know her. They were 11 and seven when Mum died and her presence seeps away from them a little more each day.

Death had kept it’s distance for most of my life. Mum’s parents died before I was born, and Dad’s father died when I was a boy. I knew Dad’s Mum well, though. She taught me how to play cards properly and made the best fudge cake I’d eat until two of my sisters perfected theirs.

She lived near Eden Park so my mates and I would often raid her pantry on the way home from watching Auckland in the glory days when we had a decent rugby team, some silverware and a log of wood. But even her death didn’t really affect me, at least not in the way Mum’s did. 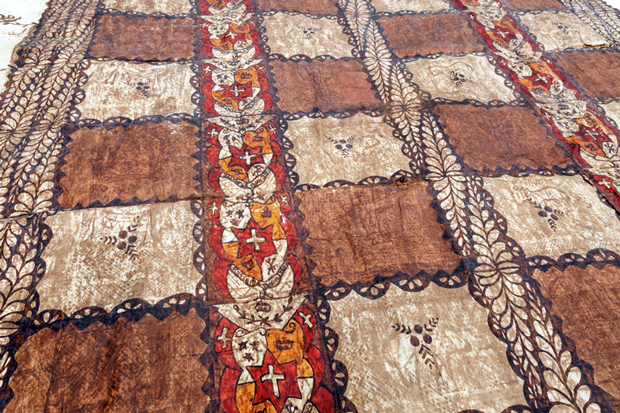 Yet there were moments within the darkness of her death that glistened. Like the night when I sat on a chair in the hallway just outside her bedroom door and watched. Mum lay inside by the ranch slider that led to the small patio outside. The floor covered in Tongan tapa cloth. Her home now a small unit rather than the five-bedroom sprawler (with two more rooms in the garage) in which I’d grown up. She’d bought this tiny house as she slowly relented to the reality that her brood had long departed.

Beside her that night was her eldest grandson, a behemoth of a young man sprawled carelessly across a mattress on the floor, one massive arm flung out across a small body next to him.

That small body was my daughter, my eldest, who told me only recently that she had been too scared to sleep in the room, so unaccustomed was she to death and the dead. It was the comfort of her cousin that convinced her to stay.

I hadn’t wept much. I did when we closed the coffin and carried Mum from home for the final time; and I did that night, in the safety of my solitude, the tears sliding down my cheeks like an ice block melting on a hot, summer’s day. The sort of day Mum lived for.

As I sat there and watched my daughter, her cousin and their kuia, I realised how little I knew about grief and grieving. I realised how much I should have said to Mum when she was dying, words that died in my mouth for reasons I can’t fully explain except to say I wasn’t ready to give myself over to the reality she would soon be gone.

My wife’s parents are both dead and their tangi were an education, showing my daughters more of their Mum’s culture and illustrating to me just how well Maori deal with death.

My youngest was five when my wife’s father died. Feeling out of place and awkward on the marae I decided to flee to my brother’s place, about an hour away, and went looking for my daughter to see if she wanted to come for a ride.

She was in the kitchen, standing on a chair that was on a board placed across an upside down milk crate, at the end of a long bench where women were busy peeling spuds. She was wearing pink gumboots. When I suggested she should leave them in peace and come with me, she protested. One of the aunties looked at me with a smile and said gently, but firmly, quietly, so no one else would hear.

She was right. My youngest has always been okay on the marae and at tangi, although I have had some nervous moments. When we’d arrived a few days earlier and before we were welcomed on, I gave my little chatterbox a stern lecture about not saying the wrong thing.

I repeated the message as we queued for kisses, hongi and handshakes that finished where the old fella lay, at the front of the wharenui.

“Don’t say anything stupid,” I quietly warned as we edged closer.

Afterwards I told her how proud I was of her and thanked her for keeping any silly comments to herself.

“Because I said hello to him, but he said nothing back.”