Jim Kayes’ blog: Set up for a fall

It was a text message that blew us away.

“Worst 10 days of my life,” our eldest sent after coming ashore from her highly anticipated voyage with Spirit of Adventure. We were devastated. Our daughter had taken the trip after winning a scholarship that paid half the cost. The rest was paid by her, our surf club’s trust fund and us, her parents. She’d been so excited, and we had used her absence to book a holiday in Samoa with our youngest daughter left in Auckland with my sister. It was the perfect plan for an adult break, but as we sat over breakfast the message hit our phones, and we wondered what could’ve gone so wrong. It’s a long time to be stuck on a boat not enjoying yourself.

We tried to call but the reception at the resort was poor, and our call dropped out. “Call me soon,” she messaged back. “Left my backpack on the wharf, heading back to get it.” Oh great. A bad trip had just turned worse. When we eventually connected later that morning her hoarse, tired voice chuckled down the line. “Fooled you eh? It was the best trip ever. I made so many friends. It was amazing.” Relief flooded through. Despite the sucker punch, I was so pleased the trip was a success. We chatted for a bit then rang off. 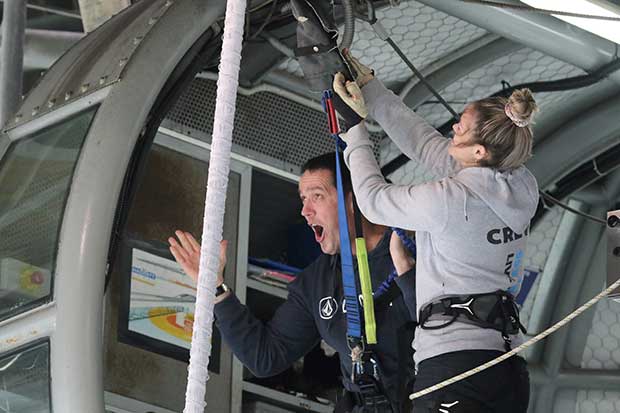 My wife and I looked at each other and smiled in relief. Then I thought about the mischief we’d bred. The sort of mind that would play us so superbly. I blame her mother. She is the master at cunning plans, acceptable deceit, and at playing the long game with her trickery. This is a woman who hid track pants and a sweatshirt of mine she didn’t like inside two sofa cushions so that when I asked her if she’d thrown them out, she could honestly say she hadn’t. “They’ll be in the house somewhere,” was the line she used.

A few months ago one of our best friends flicked a message to us both asking for ideas on what she might book for her husband to celebrate his 50th. They live in Wellington and were coming to Auckland for a weekend. I responded with relish, reeling off a list of adventurous options that might thrill but would also terrify. She settled on him bungeeing off the Auckland Harbour Bridge. I was delighted. I’ve never wanted to bungee, telling those who suggest it that there’s no sense in jumping off a perfectly good bridge. 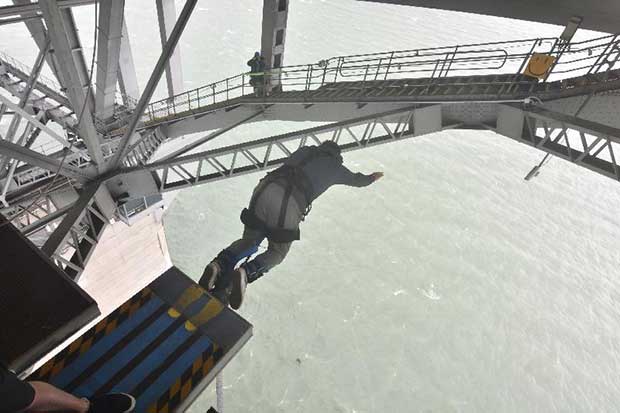 When I rang my mate on his birthday the other week, we chatted for a bit about how they would be in Auckland a few days before we flew to Samoa and that we would catch up. He revealed the gift his wife had got him. “That’s awesome,” I suggested with a self-satisfied chuckle made all the funnier by the fact I was driving over the bridge at the time. “Yeah,” he replied. “And it’s cool you’re doing it with me.”

I almost crashed as I protested that I wasn’t, realizing as I spoke that my wife had played a double cross. Surely there was something in our marriage vows that prevented such treachery. I knew I was doomed. “When is this happening? I’ll clear my schedule,” the eldest, who had already jumped off the bridge with a friend, said. “It’s a long way down,” she added, unnecessarily. The youngest took a dive off the Sky Tower for her 12th birthday and was quick to suggest that if I were “too chicken” she would step in to preserve the family honour. 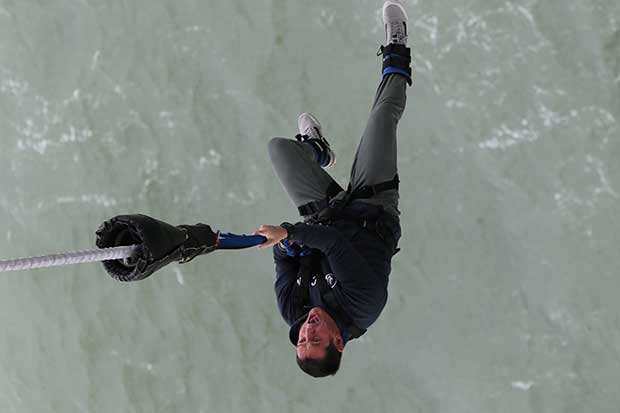 So there was no wriggling out of taking the plunge – even though it was a commitment others had made for me. I was the first to jump and as I inched toward the end of the platform the guide’s reassuring voice did little to assuage my fear. Looking at the video later confirmed I’d clutched his shorts as he stood beside me. Earlier my wife had kissed me and noted it was a good thing we had just finished our wills. I gritted my teeth, and as the guide suggested I let go of his shorts and counted down to one, I leapt, surprisingly without hesitation. Apparently it takes three seconds to plummet the 40 metres. I don’t really remember but the bounce back up was pure delight, and I roared with a mix of exhilaration and relief. Safely winched back up I high-fived my mate and grinned devilishly. I had done it. 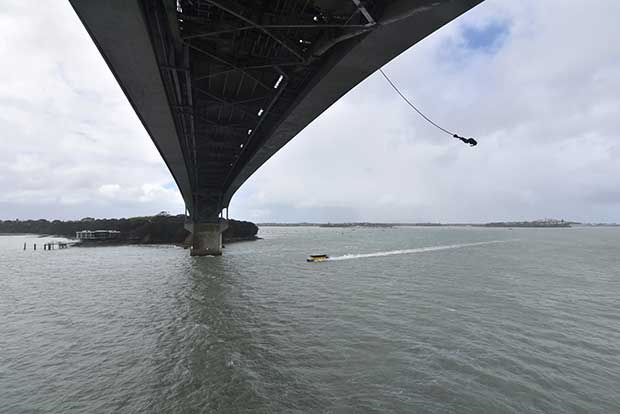 He still had to jump.