Put your sunblock on, says Jim. Forget it, say his daughters.

There was a time when it was easy. When they enjoyed having it painted on, and we could slip, slop and slap all day. That’s when they were young. Now that the girls are older and can think more for themselves, I would have expected the sunscreen message would be even easier to preach. It’s not the case. Despite a dose of severely sunburnt lips for all three of the females in the house, the youngest sees sunblock almost as the enemy.

“My lips are better now, and the zinc is a terrible colour,” she explained. “It’s like foundation.”

This from a girl who, just two weeks ago, couldn’t eat a corn cob because her lips were too sore. She’s a smart kid, truly; just dumb when it comes to sunscreen. But then we all were at some stage.

When I was young, sunblock was a tree that shaded Kiwis who weren’t lying, baking in oil in the sun. My sisters would lather themselves in the stuff and lie for hours in blistering heat. Being bronze was looking good. We were told exactly that in advertisements for the likes of Le Tan and Coppertone, whose advice on the bottle was “once you get a good base you can switch to oil”. 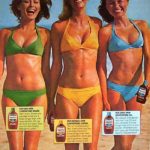 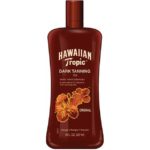 That oil, the message went, allowed us to stay in the sun at least two times longer without protection. Being burnt and peeling was almost a rite of passage. There was a ridiculous theory that you went a better brown after you’d peeled, and slaps on sunburnt backs were seen as funny. Little wonder we have such appalling melanoma rates. At least back then we didn’t know any better. Now, we buy sunblock in factor 50.

It is different elsewhere. When my wife and I backpacked around Europe, I simply went brown without the pink stage, perhaps because there wasn’t a hole in the ozone above. There is encouraging news on that front for our part of the world with New Zealand scientists suggesting a few weeks ago that the ozone hole caused by CFC chemicals (which are now banned) is reducing. “Healing” was the word they used. It sounded good, but it’s still a harsh sun that burns Kiwis during summer – even those who are half Mãori. 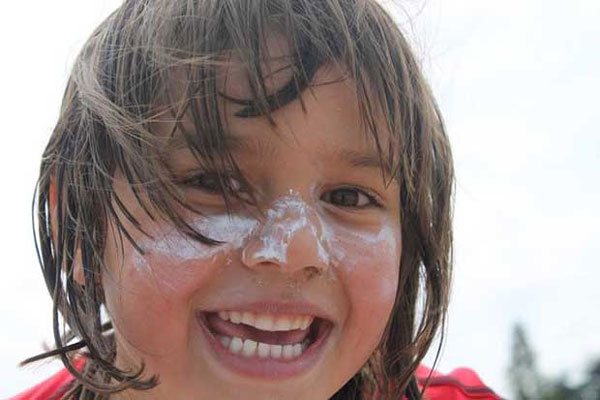 The youngest thinks this gives her a built-in sunblock, despite the fact her mum’s lips blistered too and her nose and shoulders peeled. The problem with getting kids to focus on the dangers of sunburn is that its real effects aren’t felt till decades later. Melanoma.org.nz says 13 new cases are diagnosed every day but 70 percent of those are in people aged over 50 and it is rare that it’s found in children. Kids aren’t made to worry that far in advance.

Sometimes Dad doesn’t help either. Growing up in a multiracial family there was always the competition to see who could get the darkest over summer and that persists today with the youngest. Yes, ok, I know it’s a terrible case of contradictory messages, but I still can’t resist turning our darkening forearms into a competition. The youngest, like me, can’t resist a challenge.

“I’m a nice natural brown,” she bragged the other day. “You’re like a red and white brown. You’re a dirty brown. Like a dirty blonde hair colour, that sort of brown.”

I know what I really was, and that’s lost, so I turned back to the issue of her lips.

“Put that zinc on,” I said, before launching into what I hoped was a terrifying tale of what might happen to her lips if she got cancer on her kissers.

“Dad,” she said with her almost-teenager exasperation. “Put some sunblock on that attitude because it’s burning me right now.”

Sometimes lessons have to be learned the cracked, blistered and painful way.