Why does life sometimes make being active more difficult than it should be? asks sports-lover Jim.

I’m using the running shoes again. It’s been a while. Running hasn’t been an option in the past year because of a foot injury.

That’s not to say I’ve been idle because there’s still squash, the gym and my surf ski, but running is special. It’s a cheap form of exercise and a fabulous way to see a city.

One year, on a trip to Paris with the All Blacks, photographer Phil Walter and I agreed that if jet lag kept us awake early in the morning, we would go for a run. At 4am we ran to the Arc de Triomphe and then down a virtually empty Champs-Elysees.

A friend who owned a Wellington sports store had a Nike poster on the wall featuring a collection of runners. Across the bottom was the mantra: “In my mind, I am a Kenyan.”

I loved it because, as an average runner, it spoke to me of the power of the mind and how invigorating running can be.

But it’s only fun when you are fit and injury-free. It’s awful if you aren’t fit, and every hill is Mt Everest. And injuries – each year seems to bring new ones. At least as an adult, it’s easier to rationalize them and deal with the frustrations. For the girls, injuries are akin to a fatal attack on their reason for being.

After surgery to tidy up the wedge of scar tissue left from her Achilles tendon injury last year, the youngest had virtually no patience when it came to hitting the netball court again. So determined was she to play, she wore shoes painfully for at least three weeks.

I wanted to stop her but was reminded of my cricket season in my last year at school. Kicked out of maths, my mate and I decided we would mow the cricket pitch to make it look like we had something to do. 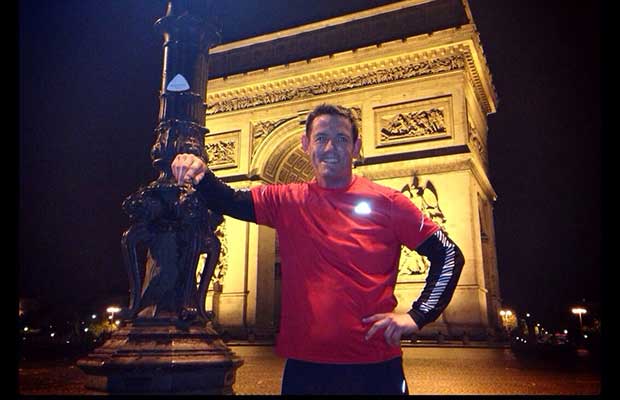 We were in sandals, and when he thrust the mower at me as I walked away, the front guard smashed into the back of my foot and ripped the heel open.

The next morning as I squeezed into my shoes for cricket, I realized my injured foot wouldn’t fit, so I cut a square from the heel to allow the wound to slot into the gap.

Mid-way through a bowling spell the umpire, who was a teacher from the opposition school, noted my foot was bleeding. He suggested I stop, which was plain silly.

I knew from the squishy puddle in my shoe that things weren’t good, but I dared not take it off. It’s safe to say my foot was a mess by the end of the game.

So the youngest’s return to netball was met with silence even though I knew it was too early. She came home one day from school keen to take up rowing and wanted to go to one of the two introductory days held at her school.

The thought of more early mornings (with another daughter who kayaks) wasn’t great, but I was excited that she was interested in a sport that was tough physically and mentally.

But, sadly, rowing seems to be a sport that demands kids choose it over everything else and at a huge cost to the parents, financially and time-wise.

It’s such a pity because she is so keen – and has the physicality – but she sees sport as something that is meant to be fun. She also wants to do as many sports as possible, which is laudable.

I believe kids should give everything a crack and that specialization can come in their late teens, if not their early 20s but our school rowing programme’s demands kids must commit to that sport and only that sport. 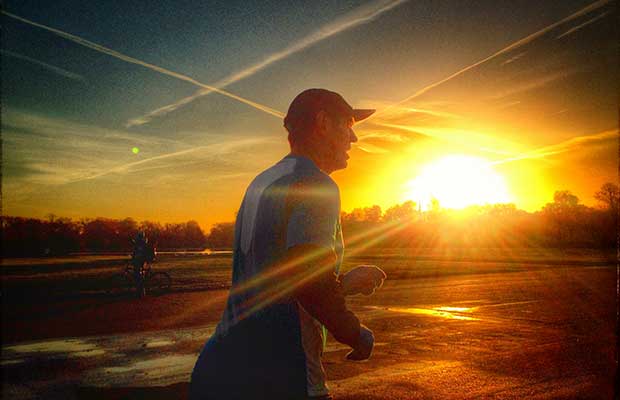 “I still want to do surf (life-saving),” the youngest said.

“You have to choose,” I replied.

“Well that’s easy, isn’t it?” she said. “It’s so silly that they say we can only do one sport. They want us to be elite athletes at 13.” Rowing will have to wait.

The eldest is also a frustrated soul as she’s recovering from a shoulder surgery that was more complex than anticipated but still firmly believes she will be back kayaking earlier than predicted. It’s the wonderful magic of the youthful mind. I miss that.

My latest ailment is a knee wrenched during a game of squash. It’s sore going sideways so squash is out, but I can still run which is marvelous.

I must mention a bit that it hurts because my wife suggested the other day I should check if it’s gout. No, I insisted, it’s an injury, and I have the ACC form to prove it.

Gout. Pass me my running shoes.