The story of an old farm dog reminds Jim that there is nothing worse as a parent than not noticing when your child is truly sick.

His name was Rock, he had a hole in his heart and he really should have been shot.

Rock was a working dog but he struggled to keep up with the other dogs on my mate’s farm and was forever in trouble for lagging, or simply lying down on the job.

Talk about being stuck between your name and a hard place because Rock was a food bill with nothing to show for it.

His days were numbered but then a doctor who used to ride the farm’s horses on the weekends noticed Rock and how he battled to keep up. He convinced my mate’s Dad to get the vet to take a look and Rock was found to have a hole in his heart.

Perhaps because of the guilt attached to not knowing that he had been doing his best all those years with a dodgy ticker, Rock was retired and allowed to spend his days in the sun, on the porch.

“Reminds me again what a crap person I am,” my mate said in a text when I was checking the facts around Rock.

He’s not. He’s a champion bloke but I know how he feels because there is nothing worse as a parent than not noticing when your child is truly sick.

Even worse is when the doctors can’t get to the bottom of what’s wrong. The youngest complained about a month ago of being short of breath.

She’s asthmatic so we thought that was playing up and, by the time we had left it a few days and then eventually got an appointment with the GP, it was probably a week since she first complained. 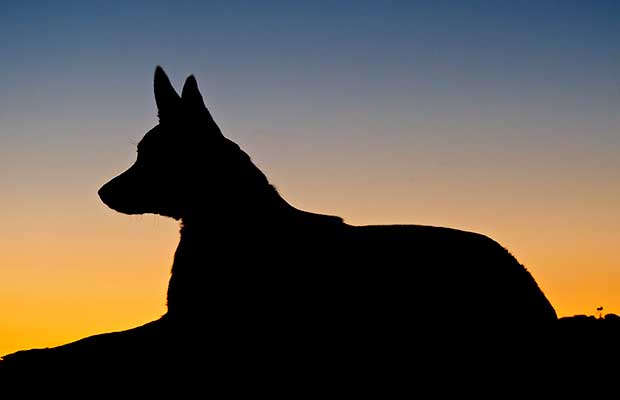 A locum also thought it was asthma, upped her medication and sent us on our way. Next visit, a few days later, it was thought to be acid reflux, then a third visit and a chest x-ray suggested pneumonia. Fourth visit and we were dispatched to the hospital where the flu was mentioned. By then it was me taking the deep breaths.

We, as parents, sort-of ignored the initial complaints which is something I reckon a lot of busy parents do. My big sister, who is a nurse, used to tell her kids if there wasn’t blood and bone sticking out then to keep playing – and I’m a bit like that too.

One shocking “miss” was when the eldest did a somersault on my sister’s trampoline and somehow kneed herself in the cheek. She’d gouged the inside of the cheek out and though she told me as much, somehow I failed to notice how bad it was.

Even worse was when I flew to South Africa for work not knowing I’d left my wife at home not just with two very young kids but also a dose of swine flu. Perhaps I inherited this nonchalance from Mum who left me one day with a broken leg when I was four as she thought it was sprained. She did give me some Pamol.

As for Rock, he’s dead now, but he did get to enjoy his last few years in the sun.

“He still tried to run out with the others,” my mate said, “but we’d let him turn back whenever he gave up after that.”

The youngest’s spell of poor health has also created a positive because it reminded us as parents in our busy lives, we can be quick to ignore and dismiss what the girls are trying to tell us.

It’s a timely reminder to slow down or even pause, and with that in mind we’ve turned to the games’ box as a way to reconnect. The cards are out, and so too is Monopoly. We played the other day and the youngest destroyed me in such a rapid and brutal manner that it was me left gasping.

“Dad,” the budding property tycoon said, the cheeky smile back for the first time in this four-week recovery from what now we suspect was the flu, “perhaps it’s you who needs to go to the hospital now.”