Lucy Corry’s Blog: Is there such thing as too much ice cream?


Our new columnist Lucy Corry proposes an end to lake-sized lattes and tower-high ice creams — to all the gargantuan portions plaguing New Zealand cafés and restaurants.

As far as snowy peaks go, this one was pretty daunting. From a distance, it looked almost unreal, like a digitally altered photograph. Surely it couldn’t be real, could it? Up close, my heart sank. There was no way we’d be able to knock this one off and live to tell the tale.

My daughter turned to me, her eyes bulging: “Oh-oh, Mum,” she gasped. “I think we should have asked for a kid’s one.”

The perfect cone in front of us was a ‘real fruit’ raspberry ice cream from Ruakura Berry Farm on the outskirts of Hamilton. Here, where they grow giant, juicy strawberries and raspberries bursting with flavour, they also serve up perfectly Instagrammable towers of real fruit ice cream – and they’ve got legions of fans who happily queue for up to 45 minutes for one. 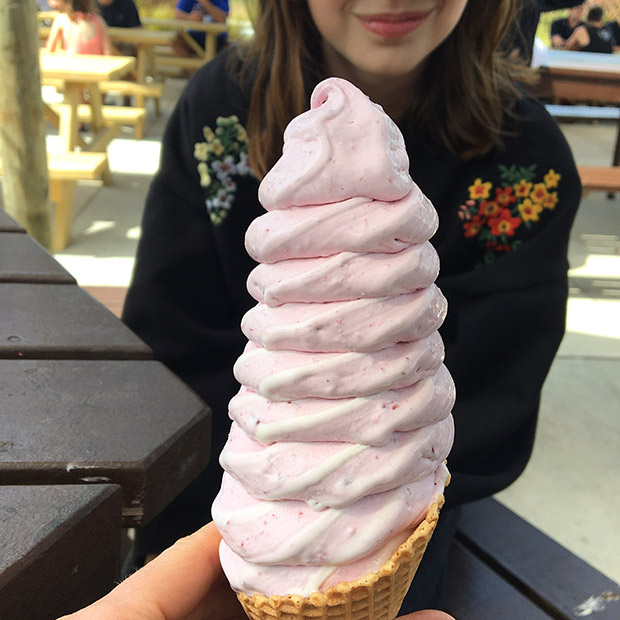 They are quite possibly the biggest ice creams I’ve ever seen (“we blend a scoop of berries and about four scoops of ice cream for each one,” a staff member told me). Pretty though they are, I think they’re a symbol of all that’s wrong with our culture, a fast-melting symbol of excess, greed and waste.

Now, before you dismiss me as some kind of aspirational wellness type, let me assure you that I’m no slouch in the ice cream department. I can eat it like it’s going out of fashion. One of the most fun things I’ve ever done was spending an afternoon making Speculoos gelato (spiced gingerbread shortbread) with Graham Joe at Gelissimo.

Pinned to my office wall is a quote from Ingrid Betancourt, the Colombian presidential candidate who was held captive in the jungle for six years by rebel insurgents. Betancourt promised, should she ever get out, to no longer deny herself “little pleasures” and specifically ‘never say no to an ice cream’.

Lucy in Istanbul eating a smaller ice cream. One of many photos of ice cream on her Instagram feed.

But an ice cream that’s nearly as long as my forearm (including the filled cone) is not what Ingrid Betancourt would call a ‘little pleasure’. Nor are the massive muffins, colossal slabs of cake or saucer-sized cookies now commonplace in cafes and bakeries around the country.

Some days I feel like Alice in Wonderland — I’ve fallen through a rabbit hole where gargantuan portions are becoming the norm, no matter what. Last year, an Auckland University study found that portion sizes, calorie counts and sodium levels in fast food have all risen significantly over the last five years in New Zealand.

To eat out, unless you are dining at a higher level, is to put yourself in the path of a food tsunami that’s very hard to resist. If the average stomach is about the size of a clenched fist, we’re in for a hell of a fight.

I’m all for treats but bigger is not necessarily better. One in three New Zealand adults is obese. We have the second-highest rate of child obesity in the OECD. Related illnesses like Type 2 diabetes, heart disease, high blood pressure and other problems make life decidedly less pleasurable. Greed used to be considered one of the seven deadly sins, but now it’s encouraged at every turn.

Between us my daughter and I managed about a third of the monster Ruakura ice cream before conceding defeat. Feeling hugely guilty (food waste is another by-product of this super-sized eating) and slightly queasy, I slipped the rest into the rubbish bin.

It’s weird to feel bad for not eating a giant ice cream when everyone around you is contentedly eating theirs, but I’d like to think that I’m not the only one who feels this way. People of New Zealand, it’s time for us to rise up and say ‘no thank you’ to the immense ice cream, the paving-slab scone or the door-step sandwich.

You don’t need a lake-sized latte or a smoothie big enough to float a small ship. I’ve long believed that a little of what you fancy will do you good, but the keyword is ‘little’. Will you join me? 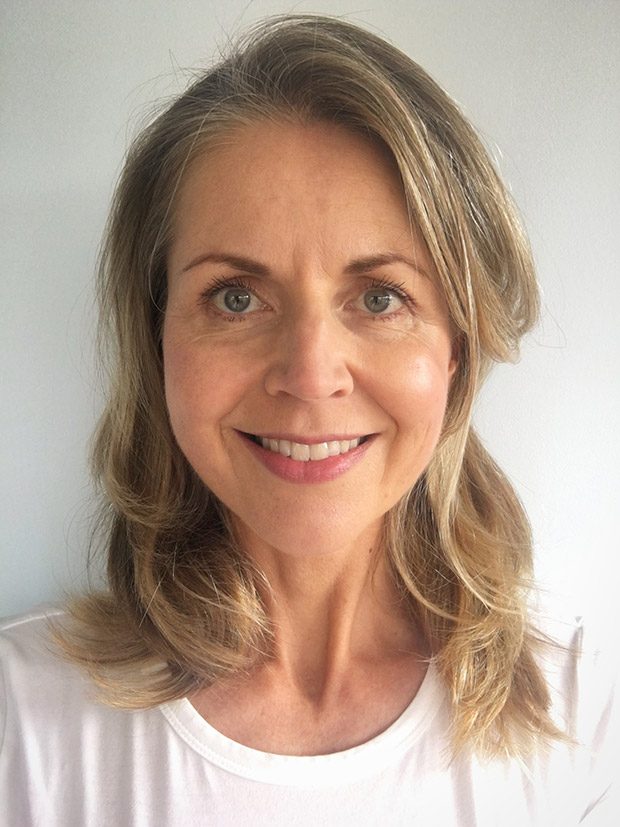 Lucy Corry is an award-winning food writer and is NZ Life & Leisure’s food editor. In her fortnightly blog Best Possible Taste she writes about her cooking experiments, kitchen hacks and New Zealand food issues. She loves bread, chocolate, wine and books (not necessarily in that order). Follow her on Instagram and on her blog The Kitchen Maid