Kelly Wilson shares what she learned camped out in the wilderness studying horses for her new book, Wild Horses of the World 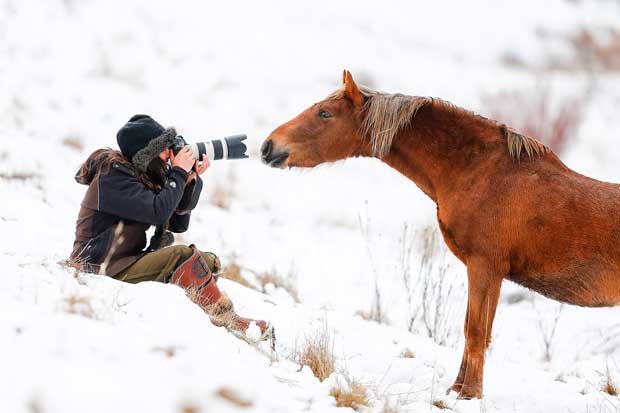 Kelly Wilson spent two years camping on mountain ranges, deserts and plains across the globe observing the behaviour of wild horses for her new book, Wild Horses of the World. The horse advocate, author and Keeping up with the Kaimanawas star talks with thisNZlife about some of the beautiful creatures she met living in harsh conditions and how the experience has changed her opinion on horse behaviour and horsemanship. 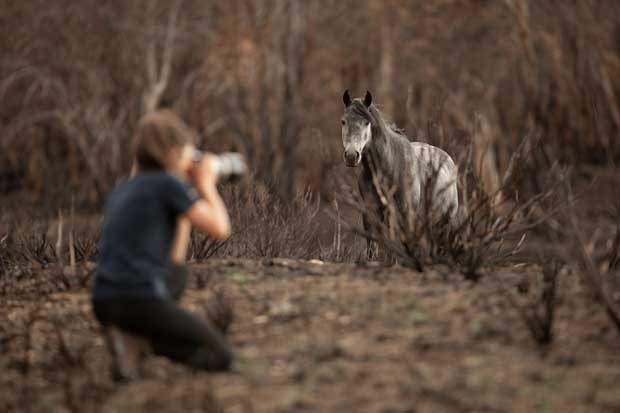 • Tell us about the process of creating this book, how long did it take and what was involved in shooting in such remote places?
The book has been about five years in the making; two years of research, then six months of travel which was spread over two and a half years. I began travelling in July 2018 and finished in February 2020. I was lucky to get it finished before the Covid lockdown and borders closed. The writing process was drawn-out, with a lot of the drafts written while I travelled or when I returned from each country. It wasn’t until the summer of 2019/2020 that I discovered the voice I wanted for the book and rewrote everything, and spent months editing to create the finished manuscript.

• What was the most challenging part of photographing and observing these horses?
Often it was the logistics of being in each country; finding the location of the horses, sourcing a 4WD to access remote regions, tracking down experts to interview about the plight of the wild horses in each country, and then working out where we would stay. We were so often in the mountains far from civilisation, often camping out in rooftop tents or sleeping under the stars. That had its own difficulties as we needed power to charge batteries, often ran out of food and went for days without being able to wash clothes or shower (although swimming in dams, lakes and rivers counts as bathing, right?) 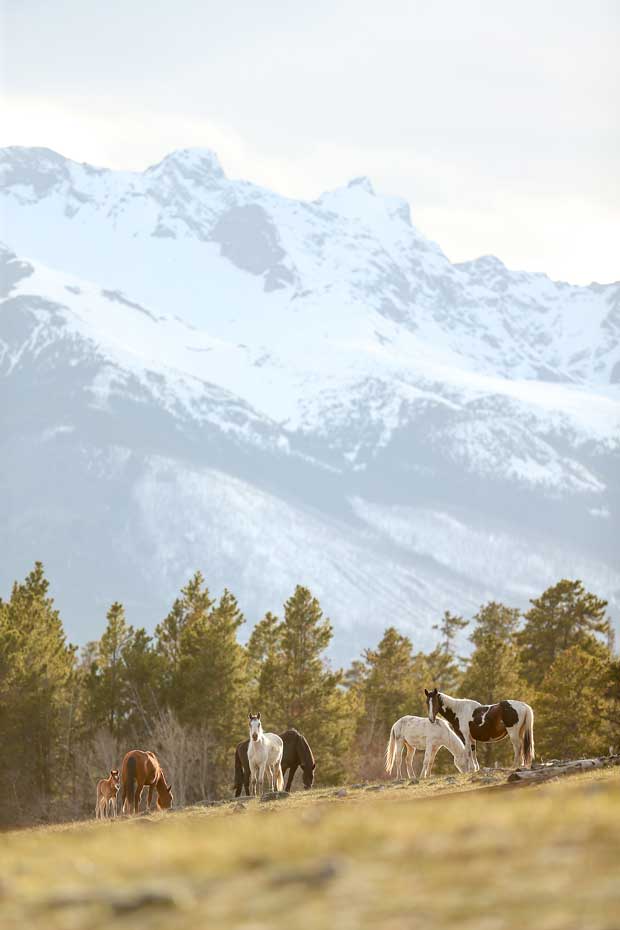 • Which of the wild horse populations surprised you the most?
Without a doubt, Canada; when I arrived in Canada I had no idea where to find the horses, how many there would be, or how they were managed. It’s not that I didn’t try to research this information, there was just very little to find. Because of that almost everything I saw during my time in British Columbia and Alberta was a surprise. 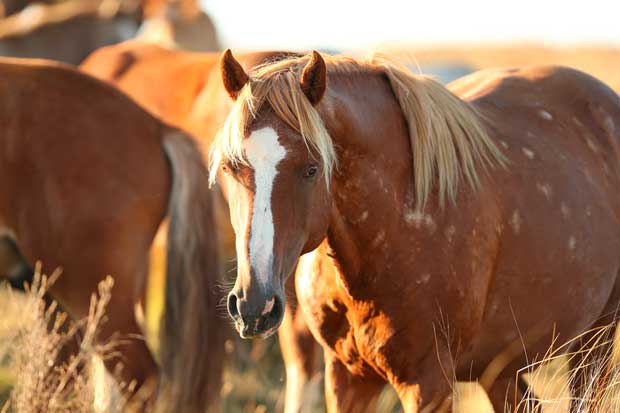 • How did this experience challenge your own ideas of horsemanship?
This journey has not only refined my horsemanship – largely due to having a greater understanding of equine body language and how they communicate – but it’s also challenged how I live my life. This journey has inspired me to not only learn, but to also share the knowledge I have gained so I can inspire others to improve their own horsemanship, who they are as people, and also the life they are living.

• Is there a particular image from the book that evokes a strong feeling every time you see it?
‘Fight for Friendship’ is what I named the photo of the two stallions fighting in the Chilcotin (British Columbia, Canada) and it will always be a moment that evokes strong emotion. When I see it I am reminded of the importance of showing loyalty to those close to you, and that friendships are always worth fighting for. 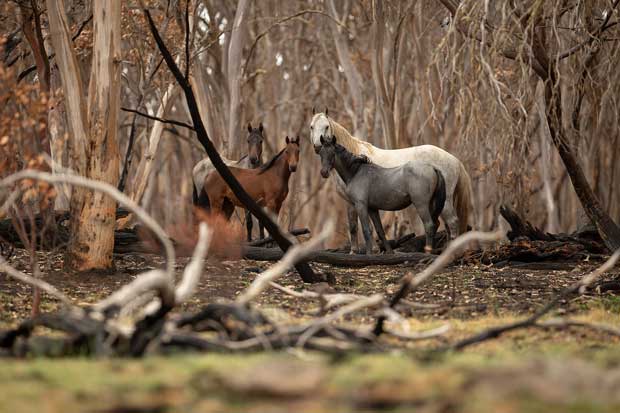 • What do you hope people will learn from the book?
I hope my book inspires others to go on their own quest for knowledge. Before I began this journey, I had a romanticised view of the life of wild horses which was constructed from popular fiction, but I have since come to appreciate that real life is far more gritty; the circle of life has both life and death; times of plenty and times of drought; and things which reduced me to tears, yet also moments when I was filled with joy and laughter. I have come to appreciate these extremes, and I hope others also come to see the beauty in the journey; for although I saw extreme suffering, I can now base my opinions on the reality of wild horses, rather than the assumptions I once had.

More stories you might like:
This groovy professor sold his cows to scrape together cash for a 1963 Volkswagen Kombi 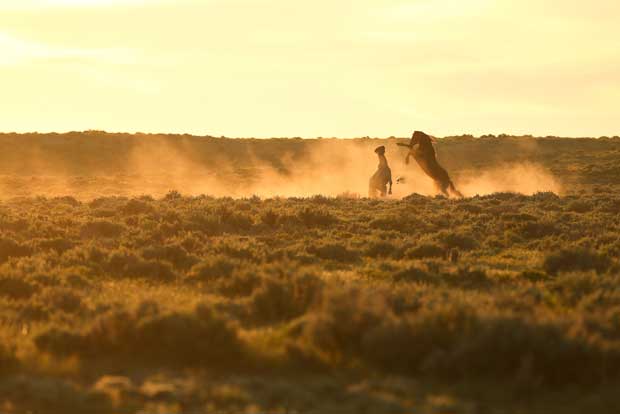 • What next for Kelly Wilson?
I would like to think this is only the beginning of a whole new style of investigative adventures where I immerse myself in the subject I am studying. And it certainly won’t be my last adventure with wild horses – I am already making plans to return to America, Canada and Australia… and until borders open I have plenty of plans with our own wild horses in New Zealand. 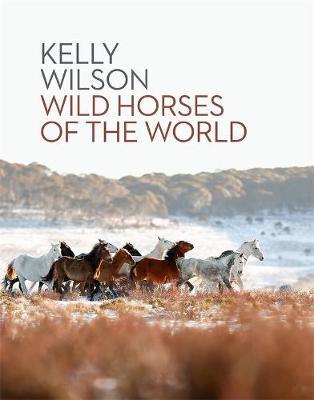 Kelly Wilson is the author of four bestselling non-fiction books, For the Love of Horses, Stallion Challenges, Mustang Ride, Saving the Snowy Brumbies and Taming the Wild, as well as a junior chapter book series Showtym Adventures, plus a children’s picture book, Ranger the Kaimanawa Stallion. With her sisters Vicki and Amanda, Kelly has starred in a TV series, Keeping up with the Kaimanawas, which followed their work taming New Zealand’s wild Kaimanawas. Kelly has also starred in the TV series, Faminals and Country Calendar. The sisters have also travelled to America and Australia to rescue and tame wild horses.